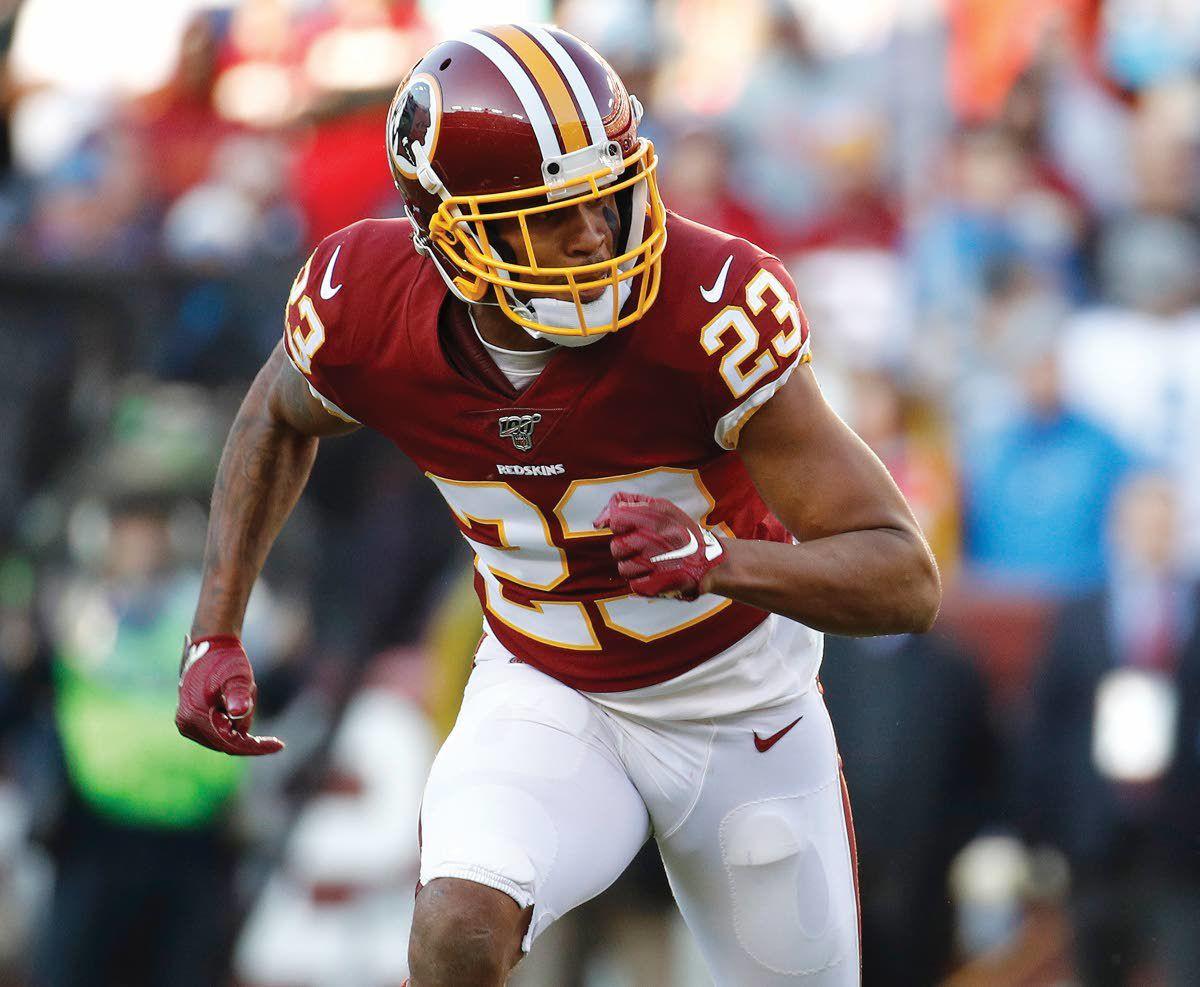 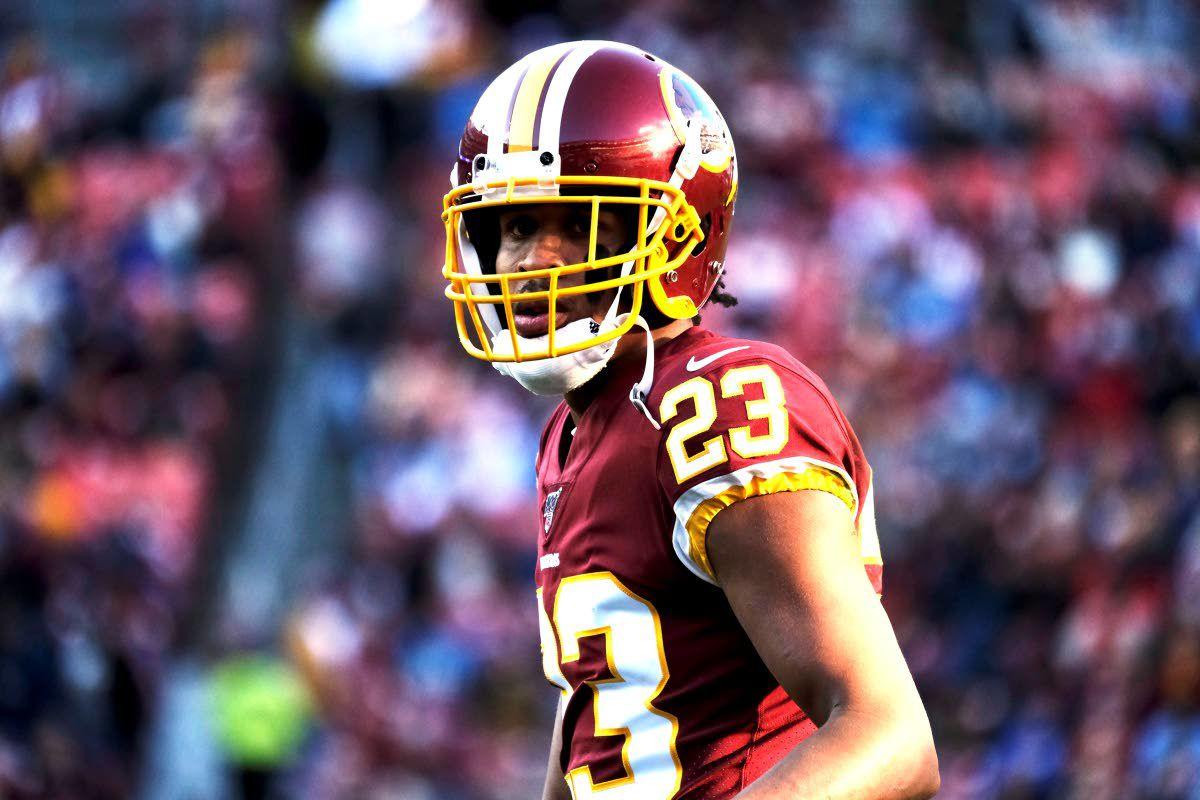 Seahawks cornerback Quinton Dunbar was expected to be released from Broward County jail on $100,000 bond following a hearing Sunday morning in the 17th Judicial Circuit Court of Florida.

The state of Florida asked at the bail hearing for a no-bond hold for Dunbar, who surrendered Saturday on four felony counts of armed robbery related to an incident in Miramar, Fla., on Wednesday.

But Broward Circuit Judge Michael Davis levied a $25,000 bond on each count. Dunbar’s attorney, Michael Grieco, said Dunbar would be released Sunday but that had not happened yet as of 4 p.m. Sunday.

The case will now be forwarded to the prosecutor’s office where a decision will be made on if charges will be filed. An arraignment could happen within three weeks.

Davis also ordered that Dunbar give up all firearms, if he has any, and also ruled that during the pretrial process he cannot travel out of state, though that could be modifiable by a division judge at a later time. The judge also ordered that there be no contact with any victims.

New York Giants cornerback DeAndre Baker, who is facing four counts of armed robbery as well as four counts of aggravated assault in the same incident, received a similar $25,000 bond per count, for $200,000 total.

Grieco told Davis that for now he did not believe there would be any reason for Dunbar to leave the state, a reference to the fact that NFL teams are not able to gather at team facilities and are holding meetings virtually during the coronavirus pandemic.

“I don’t believe so, your honor,” Grieco said when asked if there would be a need for Dunbar to travel out of state. “If it comes up we can bring it up.”

Miramar, where the incident occurred Wednesday, is about 17 miles north of Dunbar’s native Miami.

Grieco introduced five affidavits from what he said are the four victims mentioned in the arrest warrants and an independent witness that he said are “completely recanting what they said to the police back on Wednesday.”

He further argued that “we have no recovery of firearms, we have no video, we have no audio. We have no independent witnesses other than these five witnesses.”

Broward County assistant state attorney Aaron Passy called the affidavits “suspect” and argued that they should not have been admissible in a bond hearing, saying “let’s say the witnesses were receiving death threats or offers or bribes” and that he found it “very interesting” that the affidavits “recant only to one defendant.” Passy said the state had not received any different testimony from victims or witnesses.

Davis, though, asked to see the affidavits as he made his ruling.

He noted that there is “no physical evidence, no corroborating evidence,” backing up the state’s case other than the witness statements, arguing that there was no basis “to hold somebody no bond on a bogus case.”

Grieco went public Friday with the existence of the affidavits that he says exonerates Dunbar in a series of media interviews. He also noted to the court Sunday that Dunbar had a spotless criminal record (other than traffic violations).

“He has never, ever had an issue,” Grieco argued.

Dunbar and Baker and a third man, who the state said Sunday has yet to be identified other than that he was wearing a red mask, are alleged to have taken more than $12,000 in cash and $61,000 in jewelry/watches at what the state said was an illegal dice game at a party at a house featuring 15-20 people.

Only one witness in the police report said he thought Dunbar had a gun, which is why he did not receive the counts of aggravated assault as did Baker.

One of the witnesses said Baker and Dunbar had lost $70,000 gambling two days prior. Passy noted in his argument Sunday that three cars parked outside were parked in a manner to suggest they were getaway cars, and the arrest warrant stated that at least one witness said they thought the incident had been planned.

Baker also received an order to give up any firearms he may have as well as for now not being able to travel outside Florida.

Baker’s attorney, Brad Cohen, wrote on Instagram that he thought the affidavits of innocence for Baker and Dunbar had helped produce their release on bond rather a no-bond hold, stating that the judge “took into account everything including affidavits and released both Dunbar and Baker.”

In comments to the Seattle Times on Friday, Grieco predicted that the prosecutors won’t find a reason to go ahead with charges, stating it was a bogus case “that no self-respecting prosecutor would ever file.”

CBS Radio legal analyst Amy Dashtweeted Sunday afternoon that the presence of the affidavits could prove troublesome for the prosecutor in going forward with charges.

“The prosecutor in Florida has a real dilemma here,” she wrote. “If the alleged victims from the police report against Baker and Dunbar signed sworn affidavits for the defense, he can’t bring a case like that. He would legally have to drop charges unless police uncover compelling new evidence. … if they don’t have the victims and it’s just some witnesses support cops story and some support the players, it’s not a strong enough case without any other evidence.”

Dunbar was acquired by the Seahawks in a trade with Washington in March for a fifth-round draft pick. Because the Seahawks, and all NFL teams, are not allowed to meet at team facilities and in groups he has been attending meetings in the offseason program virtually.

Dunbar has been expected to compete for Seattle’s starting right-cornerback spot that last year was held by Tre Flowers.

The Seahawks have made no comment other than Thursday, shortly after news of the warrants for arrest was revealed, stating they are “still gathering information” and “will defer all further comment to league investigators and local authorities.”