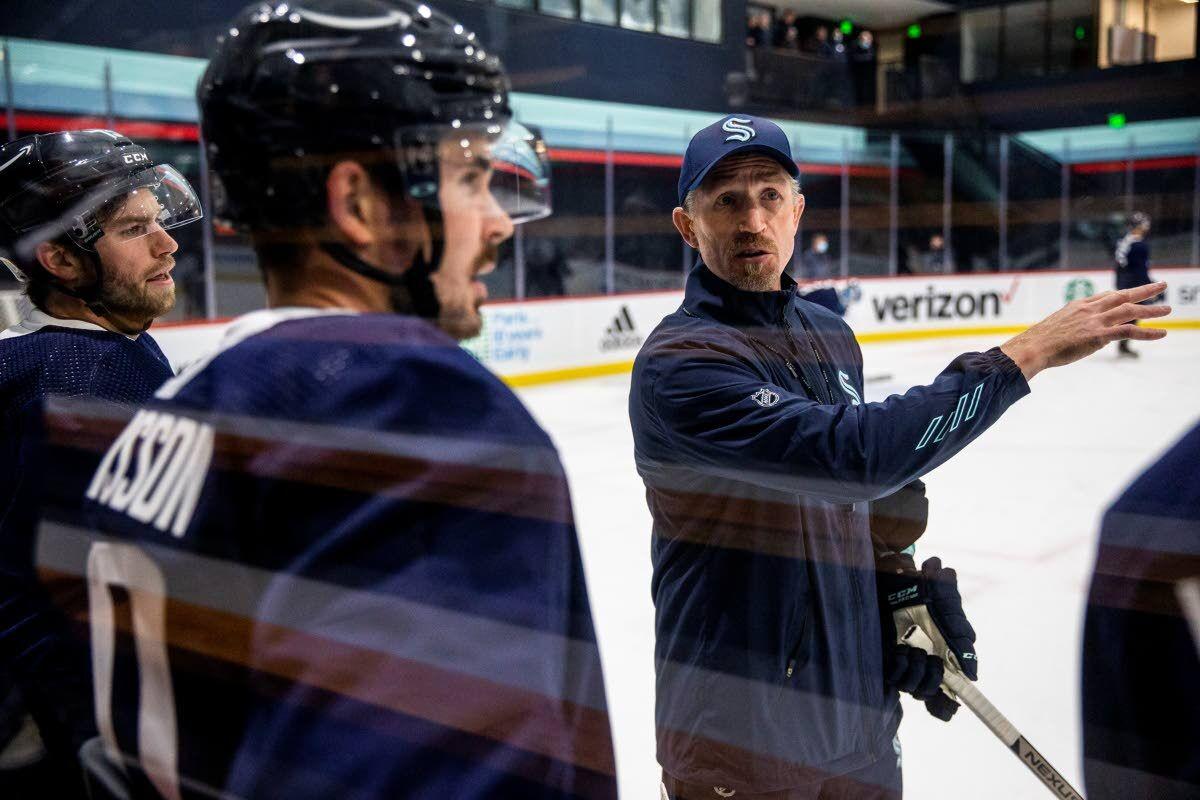 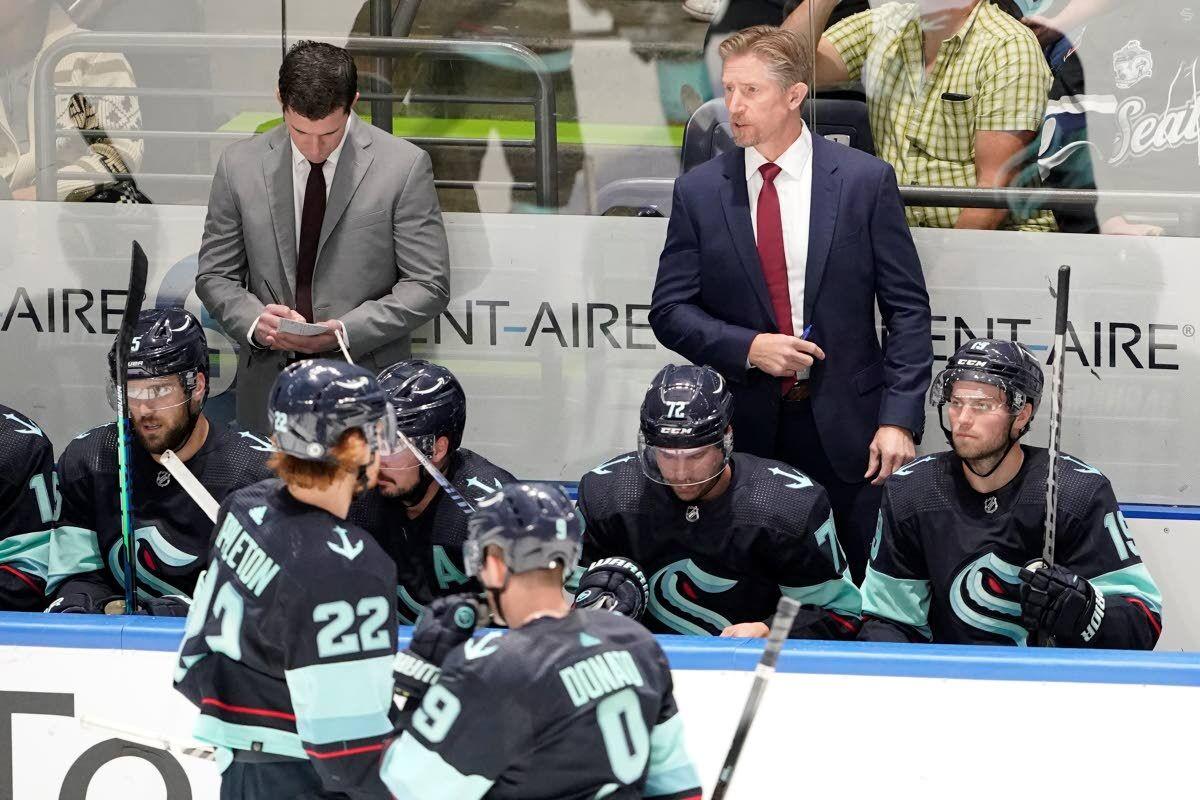 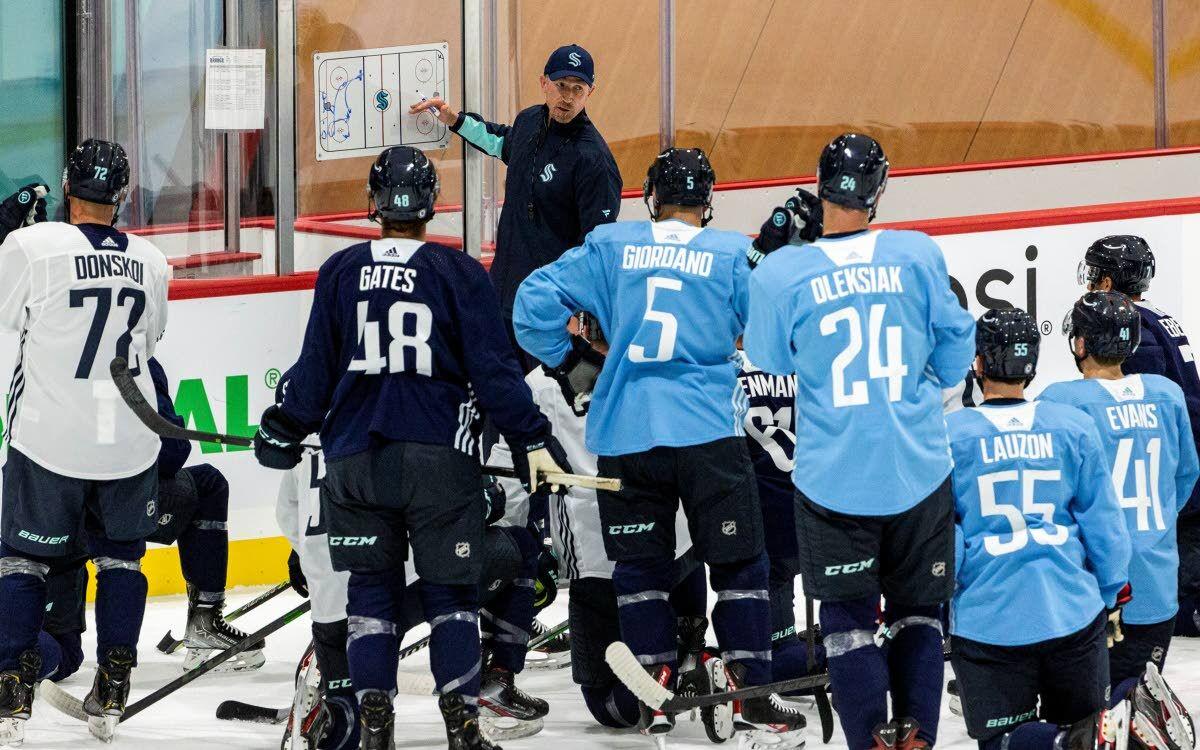 SEATTLE — Inside the conference room, Dave Hakstol was enjoying a quiet lunch with a small group on the cusp of getting started with the first Seattle Kraken training camp.

Then came a knock on the window from two random fans who happened to realize Hakstol was in the room — even with the shades partially drawn — and wanted to make sure he saw the University of North Dakota flag in their hands.

“(North Dakota) fans are everywhere,” Hakstol said with a grin.

Hakstol may hold a certain status at his alma mater as a player and coach, but those are not the fans he is trying to win over in the latest chapter of his hockey timeline.

Seattle is a desirable if daunting stop on an unexpected NHL journey for Hakstol that started in 2015 with his first head coaching opportunity in Philadelphia. He moved to Toronto as an assistant and has now landed with the NHL’s newest franchise.

His task? Take a group that has never played together and mold Seattle into a competitive team in Year 1, which begins tonight when the Kraken make their regular-season debut at Vegas against the Golden Knights.

“He’s direct with his message, and as a player that’s what you want, you just want someone who’s direct with you, is honest,” Seattle defenseman Mark Giordano said. “I think our mindset as a group, it’s been pretty consistent, we’re going to be a hard-working team, aggressive, but we’re going to play smart, too.”

The 53-year-old Hakstol was a surprise choice as Seattle’s first coach, at least to those outside the front office. But his desire was always there to find another NHL opportunity, and the Kraken are banking on Hakstol to be like other coaches who struggle in their first stop before thriving elsewhere.

He will see an example right way: Vegas coach Peter DeBoer lasted three seasons and never made the playoffs during his first NHL coaching stint with Florida. In his first year with New Jersey at stop No. 2, he went to the Stanley Cup Final.

“At the end of the day, you got to make your own pathway,” Hakstol said. “And you got to be who you are and have the belief in yourself to move forward. That’s my way of doing things.”

This isn’t Hakstol’s first surprising hire in the NHL, either. Philadelphia hired him before the 2015 season, going with a guy who had never coached in any capacity in the NHL and was suddenly charged with running one of the league’s best-known franchises. At the time, he was just the third college coach to jump to an NHL head coaching job.

He made the playoffs twice in Philadelphia but by the midpoint of the 2018-19 season the Flyers decided to move on.

“Just from the ground up learning the league, learning, learning the day to day business of the league, and having the opportunity to coach players at this level,” Hakstol said. “That’s a learning experience in itself.”

Based on his college experience, Hakstol made a lot of sense as the first coach for the Kraken. During his tenure at North Dakota, part of Hakstol’s yearly task was getting a new class of recruits to come in, learn a system and figure out how to succeed on the ice as a collective.

It’s not that much different from what he’s being asked to do this first season with the Kraken. Take a group of players — albeit professionals — that have never played together, teach them a manageable system that can be learned quickly and put a product on the ice that can make Seattle competitive from the start with the chance to grow through the season.

“I’ve had a couple of years couple of years at North Dakota where we had 12 or 13 freshmen, which means half our team was new ... a brand new foundation,” Hakstol said. “It feels similar to building with an entirely new group of players, so that that experience does play into it. This is still very unique in having a brand new group that’s never been together and building right from the ground up.”