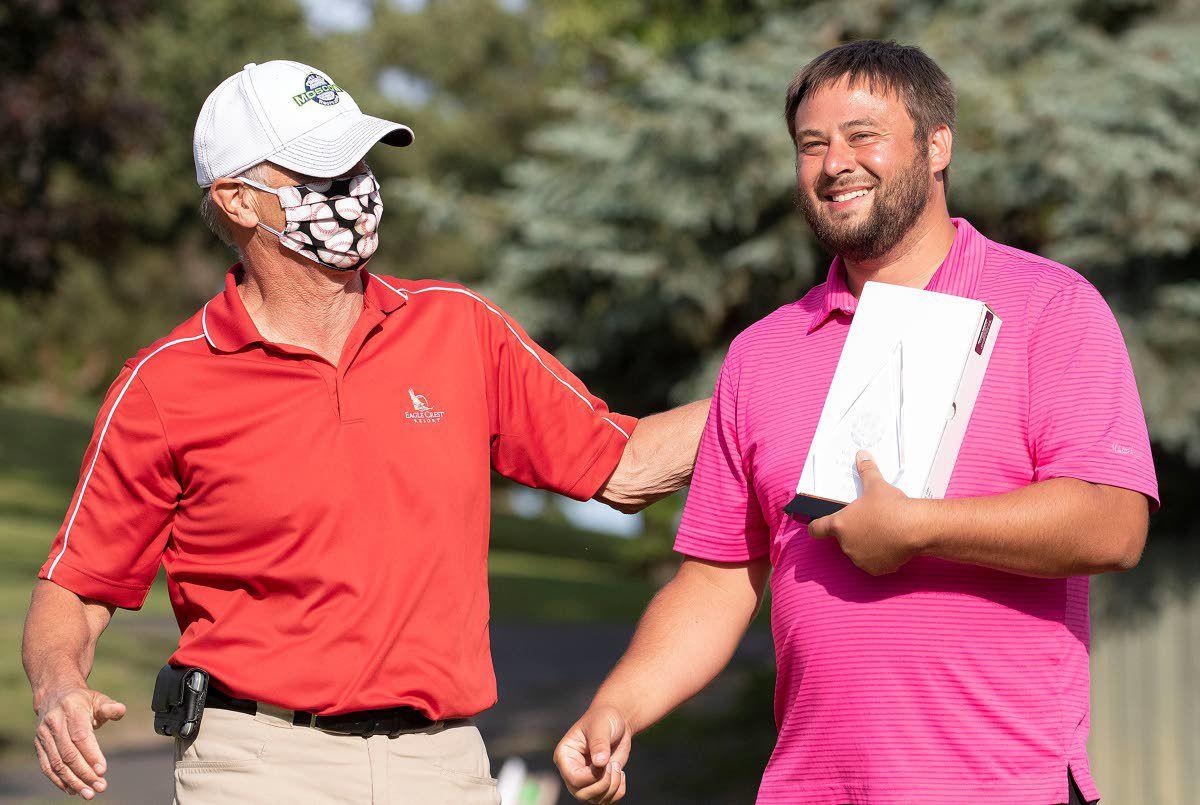 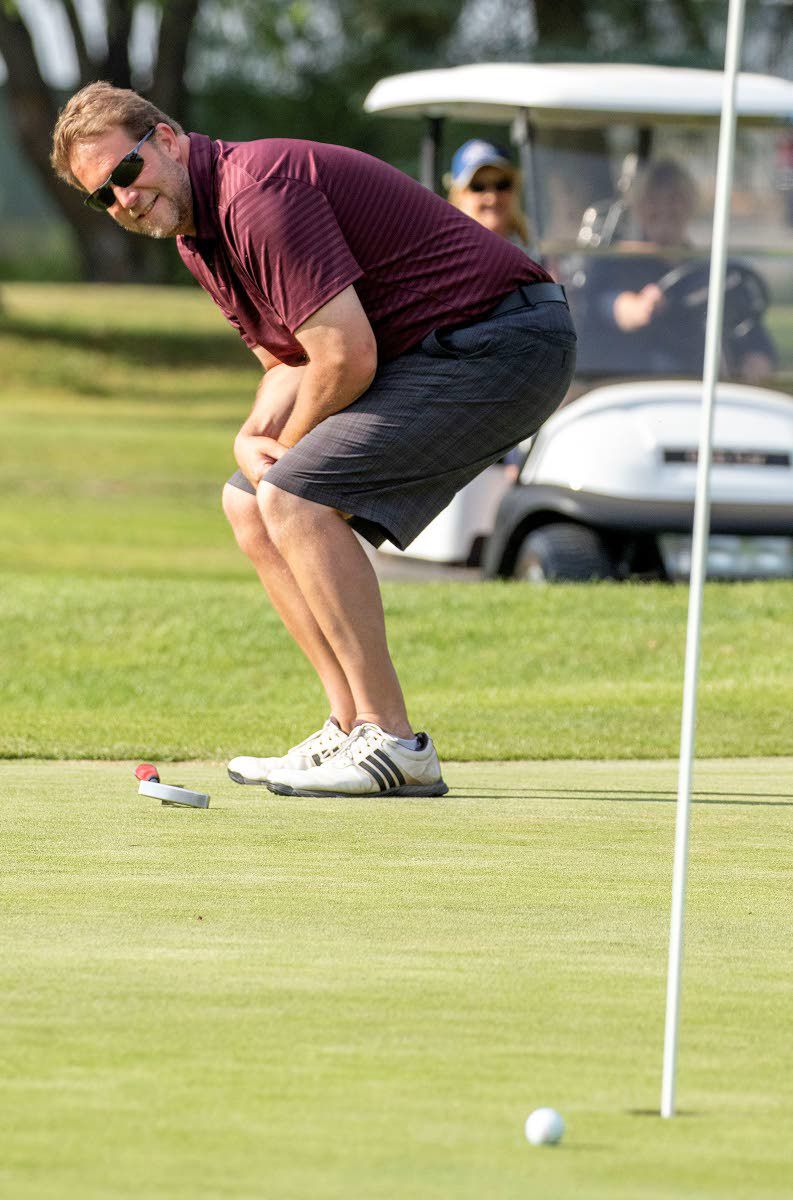 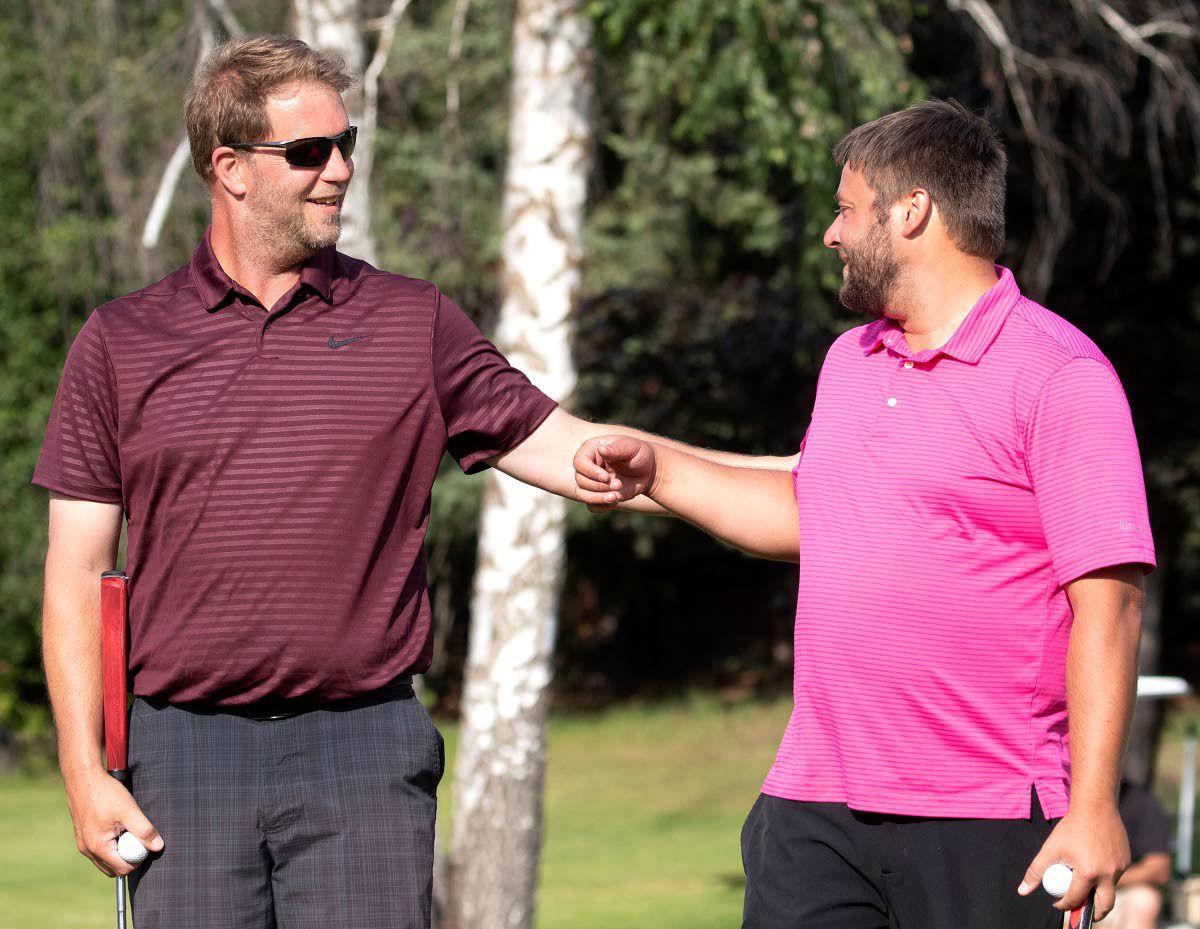 If golf had walk-up songs like baseball, it’s easy to think Erik Johnson’s song would be “Stayin’ Alive” by the Bee Gees.

In two tries at the Moscow Elks Lodge’s annual Sole Survivor tournament, Johnson has yet to be eliminated.

The 28-year-old from Pullman won his second straight title Saturday at the Elks club, edging Sean Dorigo by way of a birdie on Hole 9.

Eight other golfers were already gone when Johnson fired his best shot of the night. Johnson used a wedge shot from the trees to place the ball a foot from the hole, and Dorigo was barely off the mark on a 30-foot putt that would’ve forced a chip-off.

“That was really the only great shot I hit all day,” Johnson said. “But a lot of it is survive and advance out here.”

Johnson did just that, surviving 50-foot chip-offs on two early holes — fewer than his five chip-offs in his win last year — and saving his only winning hole (that wasn’t a tie) for the last one.

Not bad for a golfer in his second Sole Survivor tournament.

“There was no hole that anyone really let any other competitor win on.”

The rules of the Sole Survivor are simple: Avoid the worst score on any given hole, and you move on. The tournament starts with 10 competitors — each who enter via qualifiers or other criteria — and one is eliminated on each hole.

Dorigo, a two-time champion, improved on his third-place finish from last year. He also got second in 2018.

But the 43-year-old found himself in unfamiliar territory down the stretch. Of the final four golfers, he was the only one not in his 20s.

Tyler Bennett, of Spokane, and Moscow’s Taylor Anderson — the only woman in the field and last year’s runner-up — were also in the mix.

“It was interesting, I stepped on the seventh tee and looked around and I was the old guy,” Dorigo said with a laugh. “That’s a new one for me.”

Dorigo advanced despite getting his ball stuck under a log on Hole 6, and avoided a chip-off on 8 with a birdie shot from the fringe for one of the best putts of the tournament.

The tournament was a little different this year with several COVID-19 regulations in place. Several spectators in about 30 golf carts wore masks, and people mostly stayed on their carts or within small groups.

The flag stayed in place on every hole, and foam inserts kept the balls from going all the way in the holes.

Announcer Jeff Henderson helped keep everyone informed of the progress with a speaker strapped to his cart.

“It’s nice to have a sport that we can come out (and) actually play and compete and just enjoy each other’s company without really feeling like there’s much risk,” said Johnson, who had his mom and three former Garfield-Palouse High classmates there to support him. “Everyone is out here just enjoying themselves and trying to be safe and staying healthy.”

Said Dorigo, “We tried really hard to keep this as compliant as possible … and I think for the most part everyone did a really good job. It’s something the golf committee has been working on for a couple months making sure that we can make this a successful event in the current climate, and I think it went off pretty well.”

Kimberling eliminated Bev Rhoades in a pitch-off on the ninth hole to take the title.

Stephan Wiebe can be reached at swiebe@dnews.com, by phone at 208-883-4624 and on Twitter at @StephanSports.