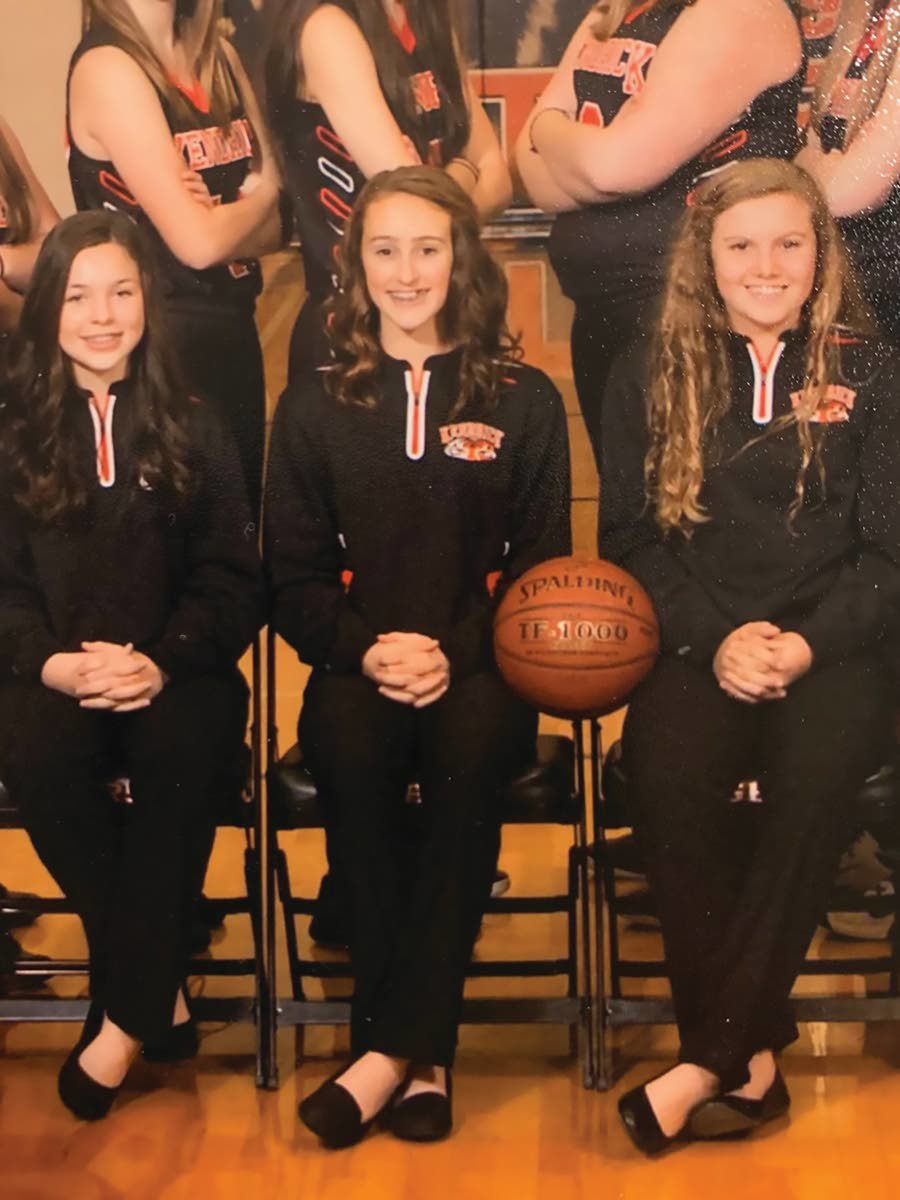 From left to right, Jaiden Anderson, Megan Brocke and Lauren Morgan are shown when they were managers for the Kendrick girls’ basketball team. The three are key components for this year’s Tigers, who have made the Idaho Class 1A-Division II state basketball tournament. 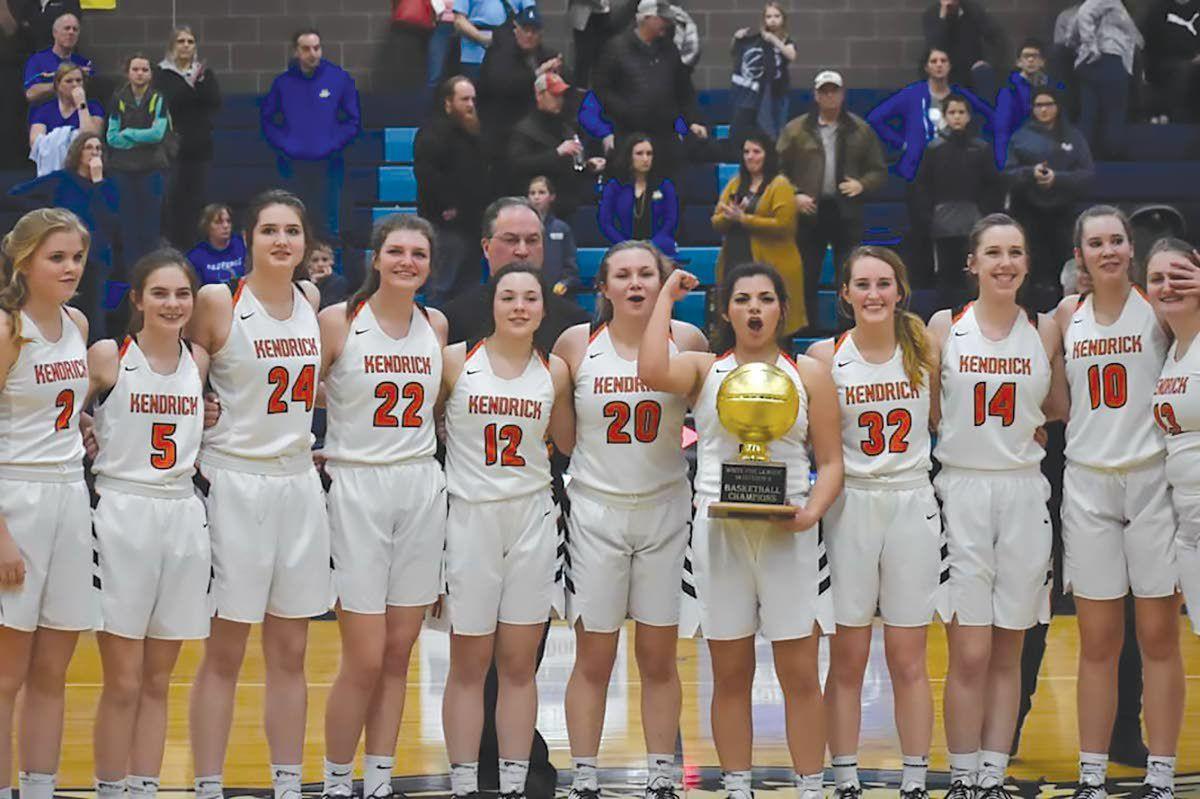 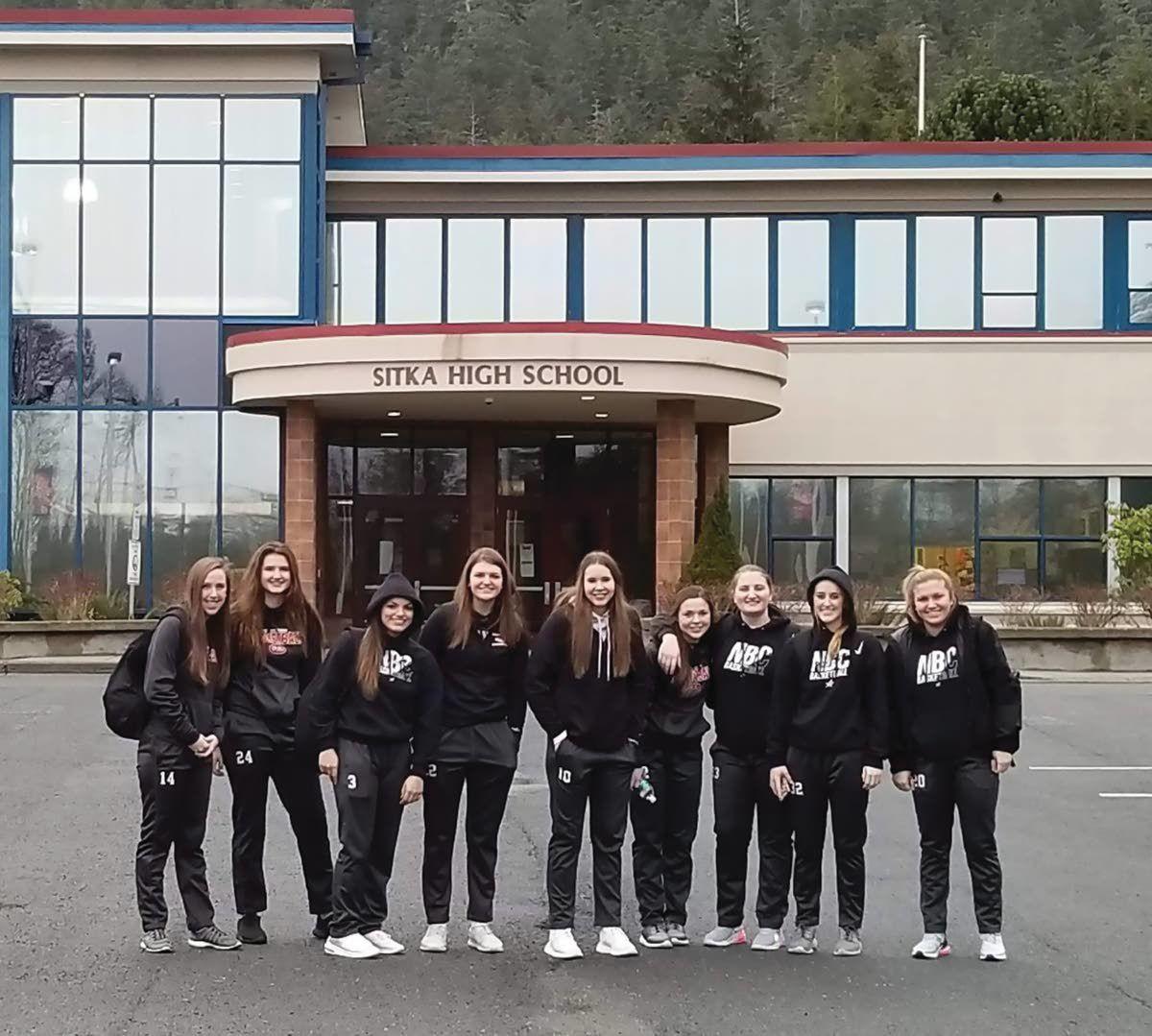 Contributed photo The Kendrick girls basketball team pose for a photo outside of Sitka High School in Sitka, Alaska, in December. The team competed in a tournament there during the regular season. 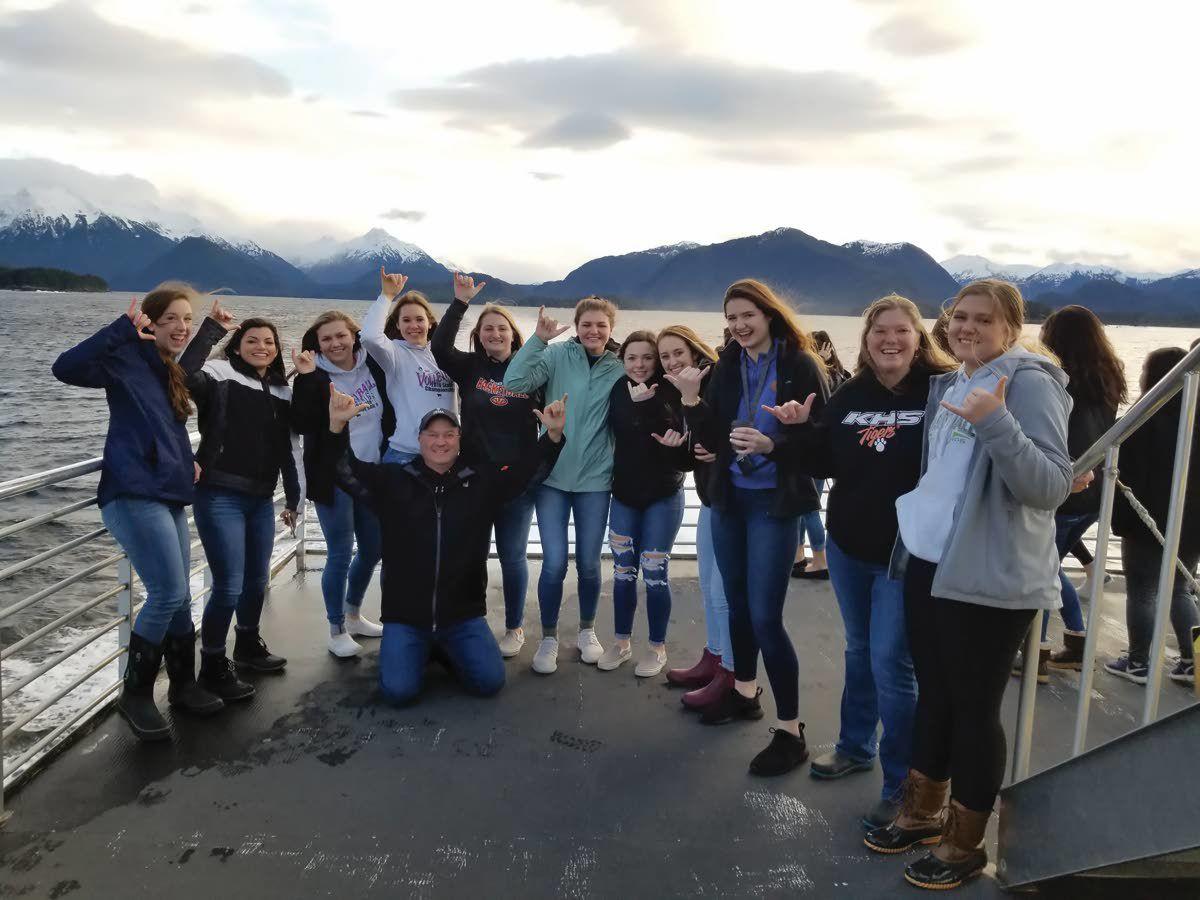 Contributed photo Members of the Kendrick girls basketball team are aboard the an Allen Marine Tour cruise ship during a trip to Sitka, Alaska, in December, when the team played in a tournament in the state.

From left to right, Jaiden Anderson, Megan Brocke and Lauren Morgan are shown when they were managers for the Kendrick girls’ basketball team. The three are key components for this year’s Tigers, who have made the Idaho Class 1A-Division II state basketball tournament.

Contributed photo The Kendrick girls basketball team pose for a photo outside of Sitka High School in Sitka, Alaska, in December. The team competed in a tournament there during the regular season.

Contributed photo Members of the Kendrick girls basketball team are aboard the an Allen Marine Tour cruise ship during a trip to Sitka, Alaska, in December, when the team played in a tournament in the state.

After the Kendrick High School girls’ basketball team got bounced from the 2014 state tournament, coach Ron Ireland told the team’s managers, “We need to get back here.”

“We’ll get back here,” they responded in unison.

They’ve kept their word. For the second consecutive year, the Tigers — whose managers from that team are now players — are in the Idaho Class 1A Division II tournament. Kendrick will open against Rockland at 2 p.m. PST on Thursday at Nampa High.

One of the reasons for his team’s success, Ireland thinks, is the experience gained by a handful of Kendrick players growing up in the program as managers. Ireland’s not the only one who feels that way.

Senior guard Jaiden Anderson said managing while in junior high school “took away the fear” of playing varsity basketball when the time came, because “we knew what to expect.”

Another senior, Lauren Morgan, agreed, adding that going to State as a manager helped her understand “the atmosphere” and how “intense” the games were going to be.

Those 2013 and 2014 state tournament games proved so nerve-racking that Morgan — even as a manager — often felt nervous for the Tigers on the court, “who wanted to make their shots so bad that you’re stressed out for them.”

And not just in basketball. Knowing how to handle pressure perhaps played a key role in the Tigers winning the state softball title in 2019.

It no doubt helped the Kendrick basketball team punch its ticket to State in 2019 by winning the district tournament title — despite having trailed at one juncture by 15 points to Nezperce (which the Tigers bested again in the same round this year to secure their latest berth).

Because she was sick, Mina Sandino — one of five seniors on this year’s team — ended up taking stats during the 2019 district title game.

“But I could see it in their eyes,” Sandino said of her teammates. “They were fighting tooth and nail.”

That wasn’t Sandino’s first time keeping stats. While Sandino never officially worked as a manager for Kendrick, during her eighth grade year she kept the school’s scorebook — an experience Sandino said helped prepare her for high school basketball.

“I had to intensely watch the games,” Sandino said. “(Keeping the book) helped me understand the game more. I could tell what was going on, how the plays were working (and) how the defense worked.”

Being a manager isn’t an easy job, Ireland added. Managers do a lot of the team’s dirty work — sometimes literally so, like when they wash jerseys after games.

“When we get back to the hotel room (at State), they’re staying up for two or three hours afterward making sure the jerseys are washed and dried, using the quarter machines, making sure (everything’s) folded and ready to go the next day,” Ireland said. “They take it pretty serious.

“The managers I have now, sometimes it just amazes me with what they do.”

For instance, Ireland said to help make sure players get back their correct gear, the team’s current group of managers has compiled a chart with the appropriate sizes of shorts for each player — a system the managers came up with on their own.

“We tell them what needs to be done and they go do it,” Ireland said. “It’s a pretty important job.”

Ireland said his team’s managers spend an incredible amount of time in the gym since — in addition to helping with the high school team’s practices — managers also practice with their junior high teams (and will sometimes scrimmage against the high school team when it lacks enough players to go 5-on-5).

“They’re in the gym as many hours as we are,” said Ireland, who also coaches the Tigers’ junior high team. “And then they have junior high practices and a lot of times, if they’re just watching, I’ll tell them, ‘You need to go grab a ball and shoot.’

“Very rarely do they just sit around. If they’ve got homework, they’ll do that.”

That partly explains how the Tigers won this year’s academic state championship with a team grade-point average of 3.91.

Three other players on Kendrick’s current roster got their start as managers: senior Megan Brocke and sophomores Hannah Tweit and Erin Morgan.

“Being managers with all of our seniors here, it’s prepared us for how to be a team,” Tweit said.

What Erin Morgan remembers most from her time managing is how the varsity players always encouraged each other. That taught Morgan that “if we see someone struggling, we can help push them to be better (by) making (them) feel good about (themselves).”

“I’d say we’re definitely a really positive team,” Brocke said. “We never get down or yell at each other.”

Kendrick’s leading scorer, Mya Brown, never was a manager. But the senior appreciates their role in her team’s success.

“They are always there,” Brown said. “I know they look up to us as role models and being around us helps prepare them for their upcoming years, because they’re (also) going to be a really great team.”