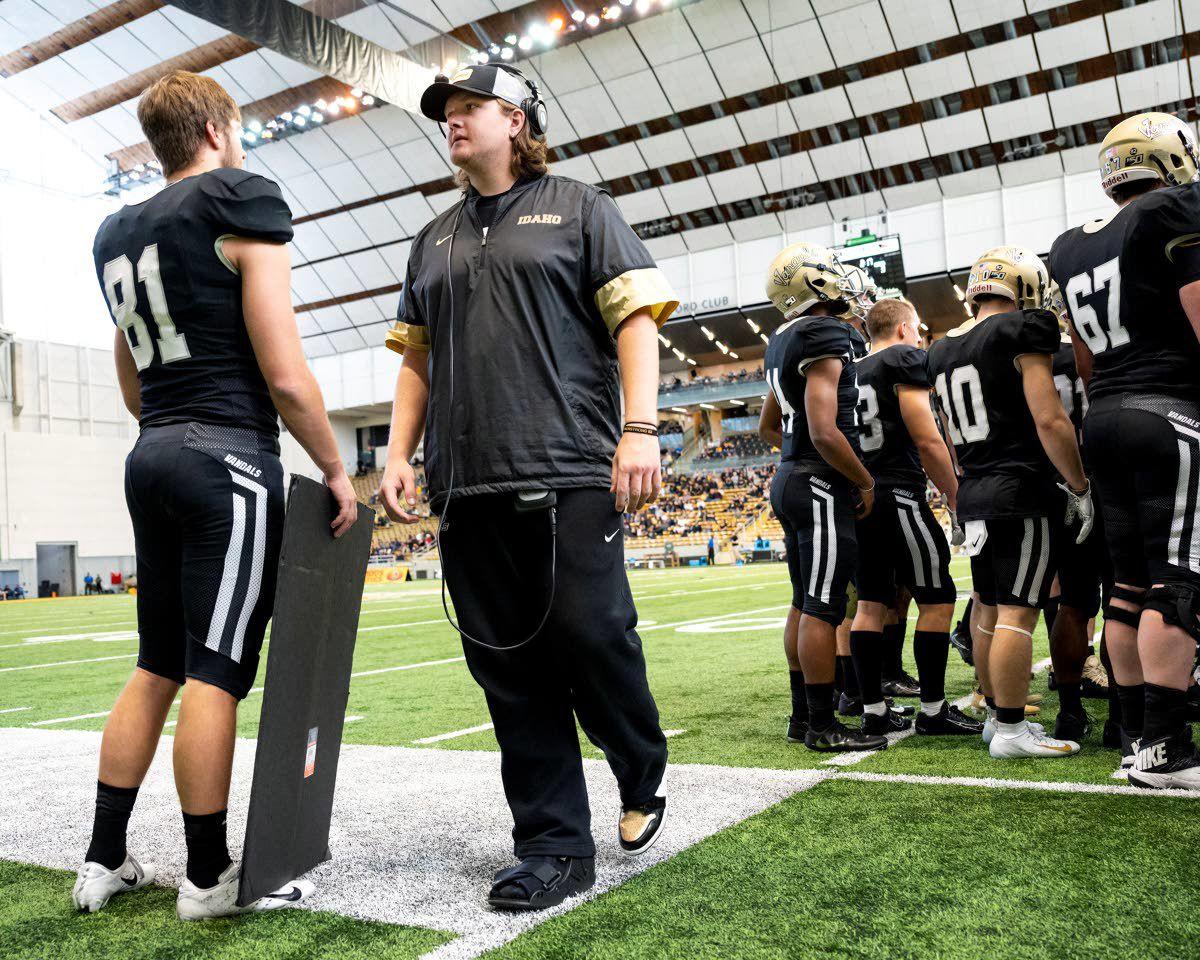 Pete Caster/Lewiston TribuneWhile out with an injury, Idaho quarterback Colton Richardson walks along the sideline during a timeout during a Big Sky Conference game against Cal Poly on Nov. 2, 2019, in Moscow. 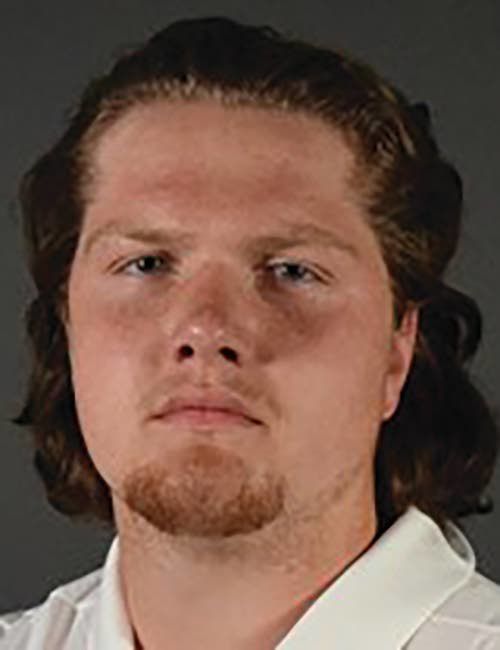 Pete Caster/Lewiston TribuneWhile out with an injury, Idaho quarterback Colton Richardson walks along the sideline during a timeout during a Big Sky Conference game against Cal Poly on Nov. 2, 2019, in Moscow.

Quarterback Colton Richardson will not be with Idaho’s football program in 2020 because of a credit-hours issue stemming from a medical withdrawal in fall 2019, the Lewiston High School graduate confirmed Friday.

Richardson, who has two seasons of eligibility left, will remain enrolled at UI. He plans on returning to the team, and said he and coach Paul Petrino have spoken of that possibility.

About three weeks after sustaining an ankle injury Oct. 19 against Idaho State — one in a long string of injuries since Richardson’s true freshman year in 2017 — Richardson withdrew from school to improve his mental well-being and regain passion for a game that has taken a toll.

“Against Idaho State, I was really getting back into it, then I get hurt again, and that kind of pushed me back into a bad mental state,” he said. “Then I opened up to (teammates and staff) about what I was going through, because they knew I’d been injured most of the time I’d been here. I’d just started losing the love for football.”

At first, it was difficult for Richardson to come to grips with his situation, and to admit that injuries had led to a taxing mental state. But through honest and important reflection, and discussions with loved ones, the former two-time Class 5A Inland Empire League MVP has come to view it from a different perspective.

“I’ve talked through it with my parents, and this is kind of a blessing in disguise,” he said. “The love for football wasn’t always there throughout my college career. ... But now, sitting here, I guarantee next year will be worse. I’m gonna miss the game, for sure, so my goal is to definitely come back.

“I’m getting my mind and body right, to where they should be. I know I’m in the right place now. When I come back and play those two years again, I can show people what I can do.”

He said he now wants to be open about his situation, in hopes of empowering others experiencing similar troubles to speak up, and not hold it in.

“I want to be a guy who can help,” he said. “I’ve just been waiting to tell everyone that I’m going the right way, and not down (the wrong path) still. At first, it’s kind of tough to talk about that. Growing up on a farm, Idaho country boy, you don’t really talk about your feelings, especially being a D-I athlete. I never really thought I could talk about this kind of thing.”

Richardson noted the time off can reinstill passion for the sport, and make him even hungrier to accomplish his Vandal goals, which have not altered.

All the while, he’s been working tirelessly to get fit. The 6-foot-4 signal-caller said he’s down to about 245 pounds after playing much of his college career between 260-270.

“At the end of the day, with what I was weighing, and not moving around as fast as I could — the knee injury, the concussions were because of that,” he said. “I’m moving a lot better; you can definitely see improvements. I’m still working. I want to get down to about 230, and play at what I did in high school.”

Richardson has appeared in 12 games in three seasons for the Vandals, including three starts — one per year. He’s 93-of-174 passing with nine touchdowns and eight interceptions, and has shown spurts of sneaky elusiveness outside the pocket.

In his most recent appearance, in a 45-21 rout of the Bengals on Oct. 19, he threw for 289 yards and accounted for three touchdowns, torching ISU in his best game thus far before exiting with an injury in the third quarter — it was at that point he began to consider taking a break from the sport.

Richardson took minimal snaps after being projected as a starter as a sophomore in 2018, and instead was part of a quarterback platoon with Mason Petrino for part of the year. He wrestled with a wrist injury and multiple concussions that season.

Richardson had suffered a leg injury in the 2017 season finale against Georgia State, which sidelined him for the ensuing spring camp. He’d lost his redshirt freshman year after taking over late in 2017 for injured starter Matt Linehan and backup Petrino.

Richardson appeared in just four games in 2019, retaining his redshirt.

As a three-year starter for the Lewiston Bengals, Richardson threw for more than 3,500 yards and 42 touchdowns at a 72-percent completion rate. He was named North Idaho Player of the Year and USA Today’s Idaho Offensive Player of the Year as a senior in 2016, when he led Lewiston to the quarterfinal round at the 5A state tournament.

For the 2020 season, Richardson was tabbed as the favorite to come out on top in a four-way quarterback competition by way of his experience in Petrino’s offense.

Dueling it out for the spot now will be 6-5 Connecticut graduate transfer Mike Beaudry, high-tier freshman recruit Caleb Jordan — from Union High School in Camas, Wash. — and sophomore Nikhil Nayar, who is 4-for-10 for 32 yards in two career relief appearances.