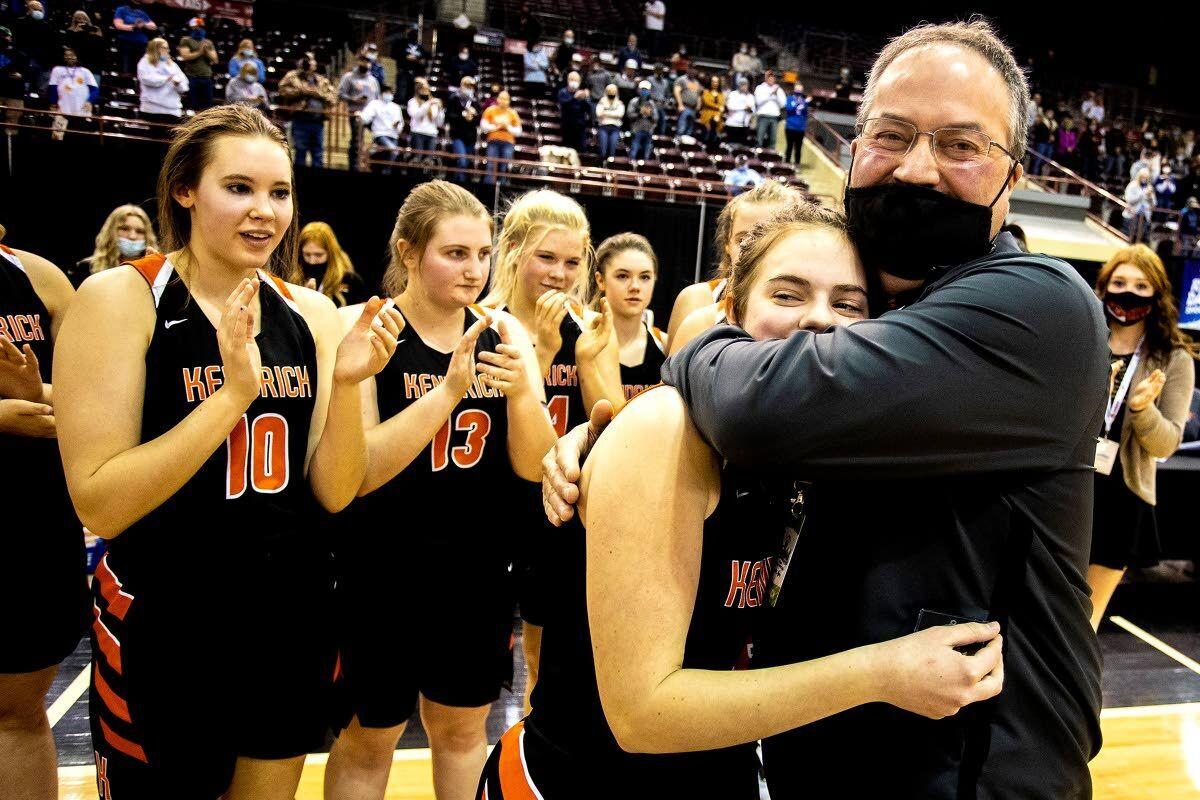 Kendrick coach Ron Ireland hugs Harley Heimgartner during the awards ceremony after the Tigers fell 52-40 to Tri-Valley in the Idaho Class 1A Division II girls’ basketball state championship game Friday at the Idaho Center in Nampa. 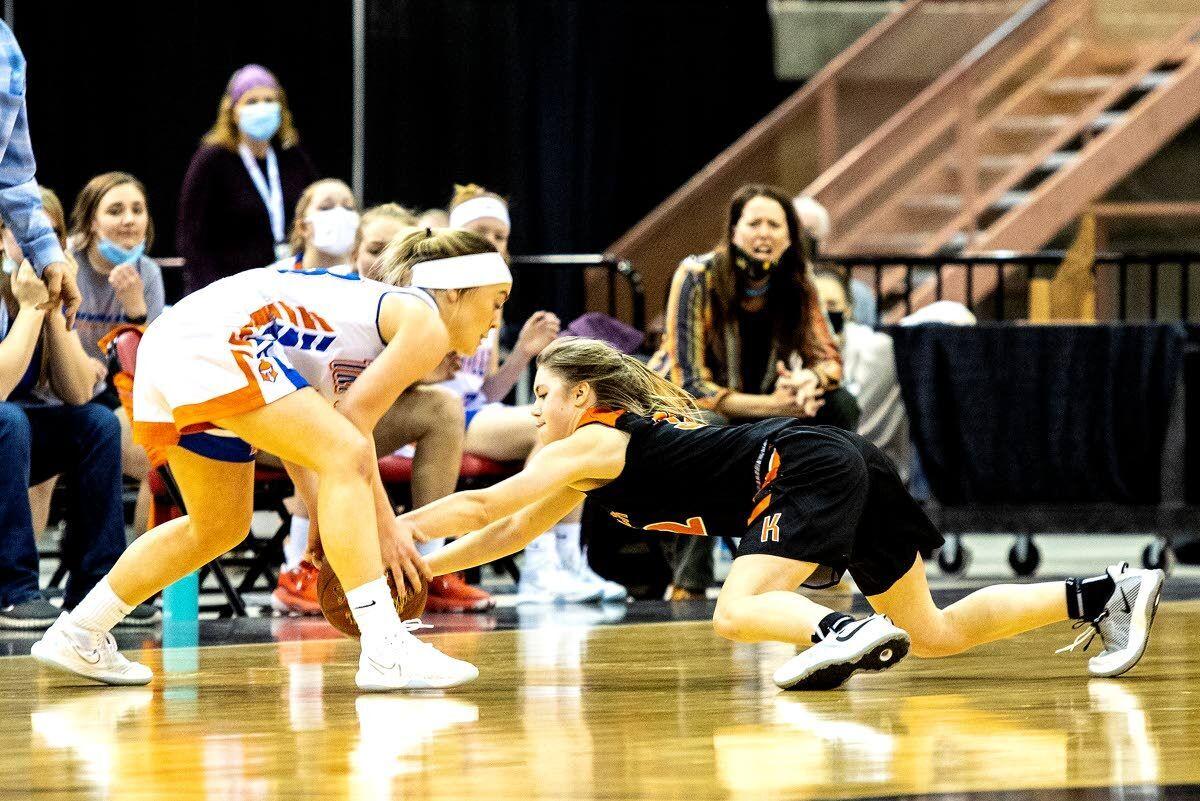 Kendrick coach Ron Ireland hugs Harley Heimgartner during the awards ceremony after the Tigers fell 52-40 to Tri-Valley in the Idaho Class 1A Division II girls’ basketball state championship game Friday at the Idaho Center in Nampa.

NAMPA, Idaho — In his post-game remarks during Friday’s Class 1A Division II girls’ basketball trophy presentation at the Idaho Center, Tri-Valley coach Jeff Springer told the crowd his co-op school has a brand new gym with “bare white walls to hang a banner on.”

Kendrick’s gym is home to three girls’ state title banners, but you can bet coach Ron Ireland and the Tigers gladly would make room for more. They’ll probably have that chance next season because no one graduates off this year’s state runner-up team.

Kendrick came up short against Tri-Valley of Cambridge/Midvale 54-48 in the final.

“The girls are already thinking that,” Ireland said moments after the season ended in a competitive championship game that was tied at halftime. “I said we now have new injuries in our heart that fuels the fire for next year, and watching them hold the banner when you want to be holding the banner puts it in perspective that we have to play tough (next season).”

The Tigers lost five seniors off last year’s state-tournament team but didn’t miss a beat, sweeping through their Whitepine League Division II schedule with an 8-0 mark. They won three district tournament games to improve their mark in the classification to 11-0. Overall, they entered the state tournament at 18-5, with all five losses to higher-division teams.

At State, the Tigers dispatched Richfield 46-22 and perennial power Carey 52-40 before coming up short against Tri-Valley.

The lack of a 12th-grader didn’t seem to faze the Tigers at all.

“It was a big loss when we lost our seniors, but it was really important for us to step up,” junior Drew Stacy said after the team’s opening-round win. “We knew that we didn’t have any seniors so we couldn’t rely on anybody else, and so that can put a lot of pressure on our freshman, but they have stepped up a ton and I’m really proud of them.”

Ninth-grader Hailey Taylor joined four upperclassmen in the starting lineup, and she played a huge role in Kendrick’s semifinal win, turning in a defensive effort against Carey’s Kylie Wood that Ireland termed “amazing.” (Taylor was misidentified in a Tribune article Saturday because of a reporter’s error.)

This season, Wood put up incredible numbers, including point totals of 40, 35, 30 and 32. While being guarded by Taylor, she was held below her season average and only totaled 24.

Taylor’s effort helped the Tigers get to the Idaho Center, a location that Springer, the Tri-Valley coach, thinks Kendrick will be frequenting.

“Without a senior on that team, that’s impressive,” Springer said. “That’s an awesome team. They will be back.”

Ireland hopes so too. But just in case, he told his team “to make sure and take lots of pictures in here because not everybody gets to do this. It was a great experience for the girls. Not many get to make it down here period, so here we are in the Big Show, and how exciting it is when the music goes on and it just puts you in a whole different world. It’s like, ‘Oh God, this is happening.’”

Ireland summed up the COVID-dictated season by showing appreciation for everyone who helped battle through so games could be played.

“I’m just super proud of the team for getting through the year,” he said. “And the parents and everybody dealing with it, everybody trying to abide by the mask thing, it’s just a lot to deal with and to make sure we play games.”