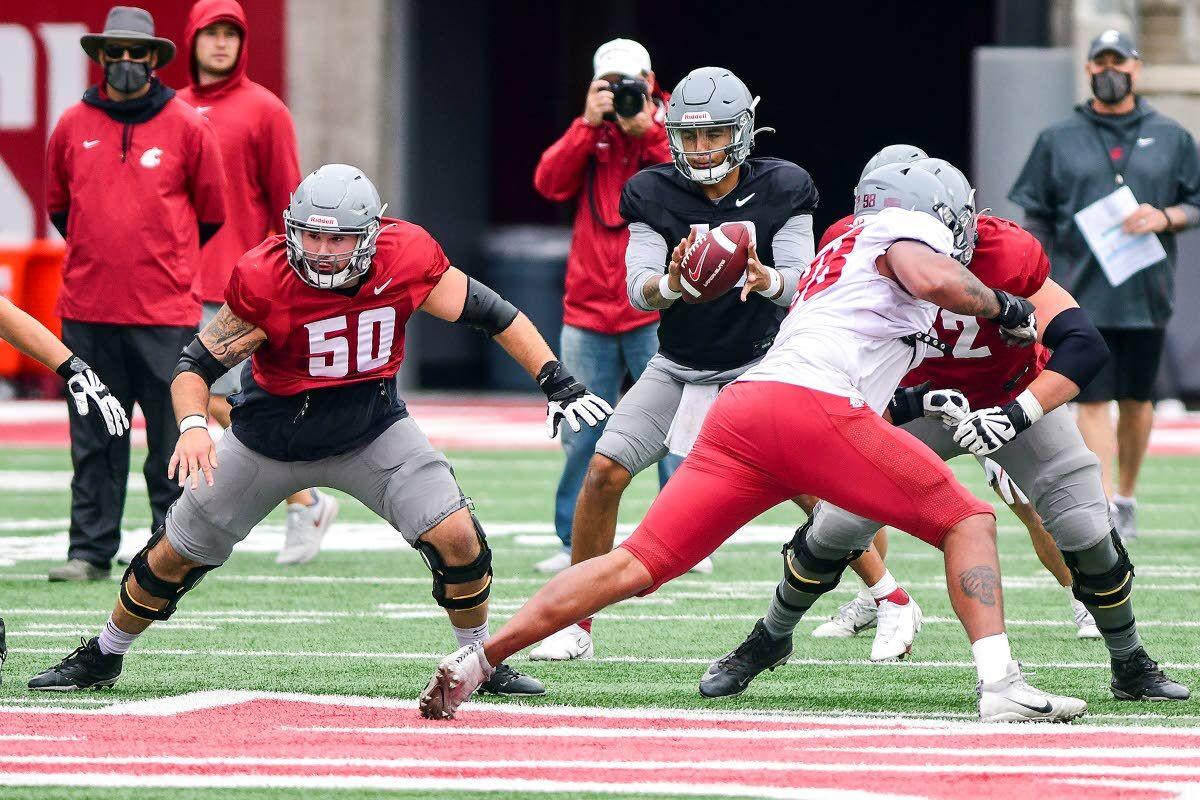 Washington State offensive line Brian Greene (50) looks for someone to block after snapping the ball to quarterback Jarrett Guarantano during team drills at practice on Saturday, Aug. 21, at Martin Stadium in Pullman. 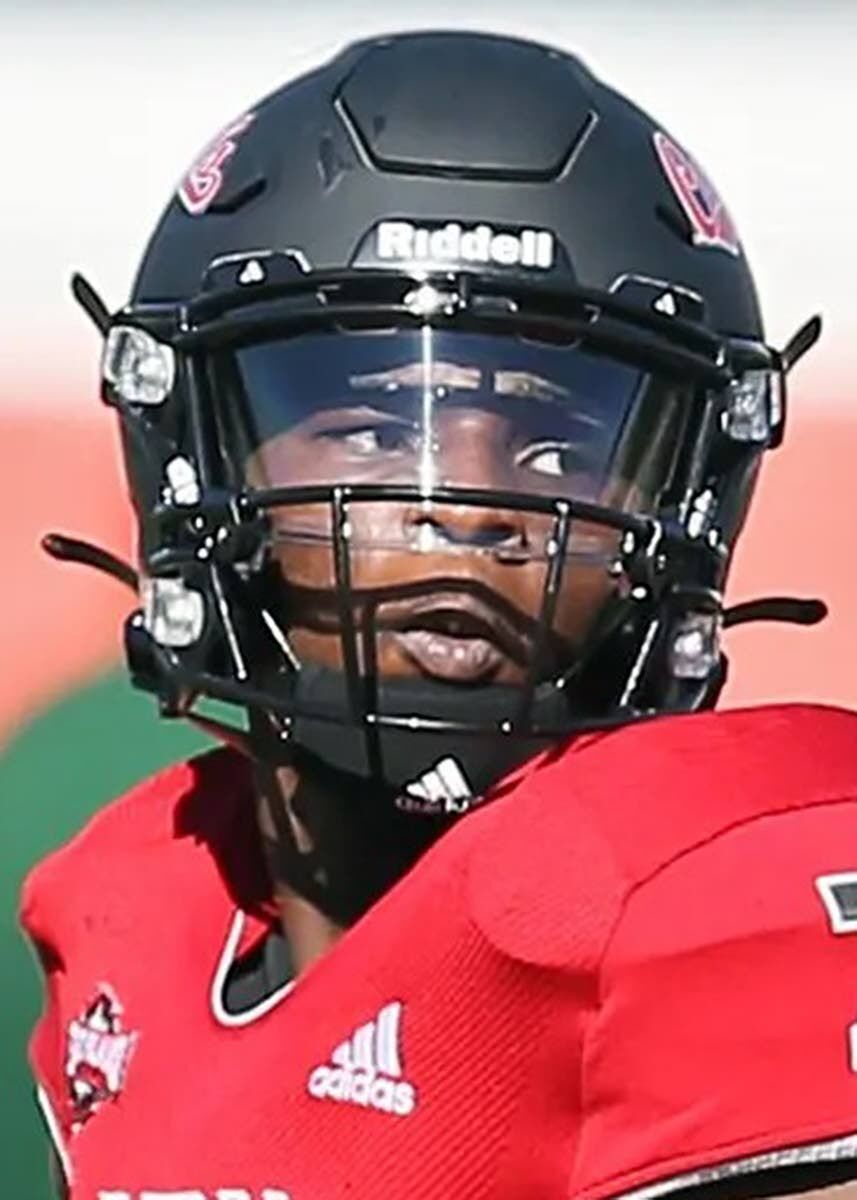 Cameron Ward, who played the past two seasons for the University of Incarnate Word, wrote Monday on Twitter, “Top floor, didn’t take the elevator I climbed my way up!! GoCougs.”

He’s following his head coach at UIW, Eric Morris, who became WSU offensive coordinator last month and plans to run the same Air Raid offense in which Ward thrived. He passed for 4,648 yards while leading the Cardinals of San Antonio to a 10-3 record this past season and a first-round win in the FCS playoffs.

Jayden de Laura, the Cougars’ starting QB the past two seasons, entered the transfer portal Friday amid reports that Ward was mulling a scholarship offer from the Cougars.

De Laura wrote on Twitter on Monday night, “ITS PERSONAL!!!” That’s the motto of second-year Arizona coach Jedd Fisch, meaning de Laura will be the second Cougar quarterback in as many years to transfer to Fisch’s program. Gunner Cruz did so in January 2021.

Cougar offensive lineman Brian Greene, a nine-game starter with a remaining year of eligibility, also announced Monday he’s entering the portal. He battled a number of unspecified issues in 2021, playing either center or left guard when he was available.

Ward, who has three years of eligibility left, led the FCS with 47 touchdown passes in 2021 and was the No. 3 player in 247Sports’ transfer-portal rankings Monday. He tweeted Saturday he was considering opportunities at WSU, Mississippi, Houston and Prairie View A&M, as well as an option to stay at Incarnate Word.

A dual-threat QB, the 6-foot-3, 220-pounder rushed for 327 gross yards this past season. He had played in a run-oriented system at West Columbia (Texas) High School, attracted scant interest from recruiters and turned out to be a major acquisition for Morris. He entered the transfer portal early last month.

De Laura has spent years running the run-and-shoot offense, which new WSU coach Jake Dickert is scrapping for Morris’ version of the Air Raid. In 2021, De Laura looked increasingly comfortable in the Coug system, which had been installed the previous year by then-coach Nick Rolovich.

Besides de Laura, WSU has only one scholarship QB at the moment, freshman Xavier Ward (no relation to Cameron). Junior Camm Cooper entered the portal in November, and the Cougars were forced to tab walk-on Victor Gabalis as an injury replacement for de Laura in a Sun Bowl loss to Central Michigan.

Dickert, named permanent head coach after the Cougs’ regular season, is expected to sign one or two quarterbacks in addition to Cameron Ward on the traditional signing day Feb. 2. He took none during the early signing period.