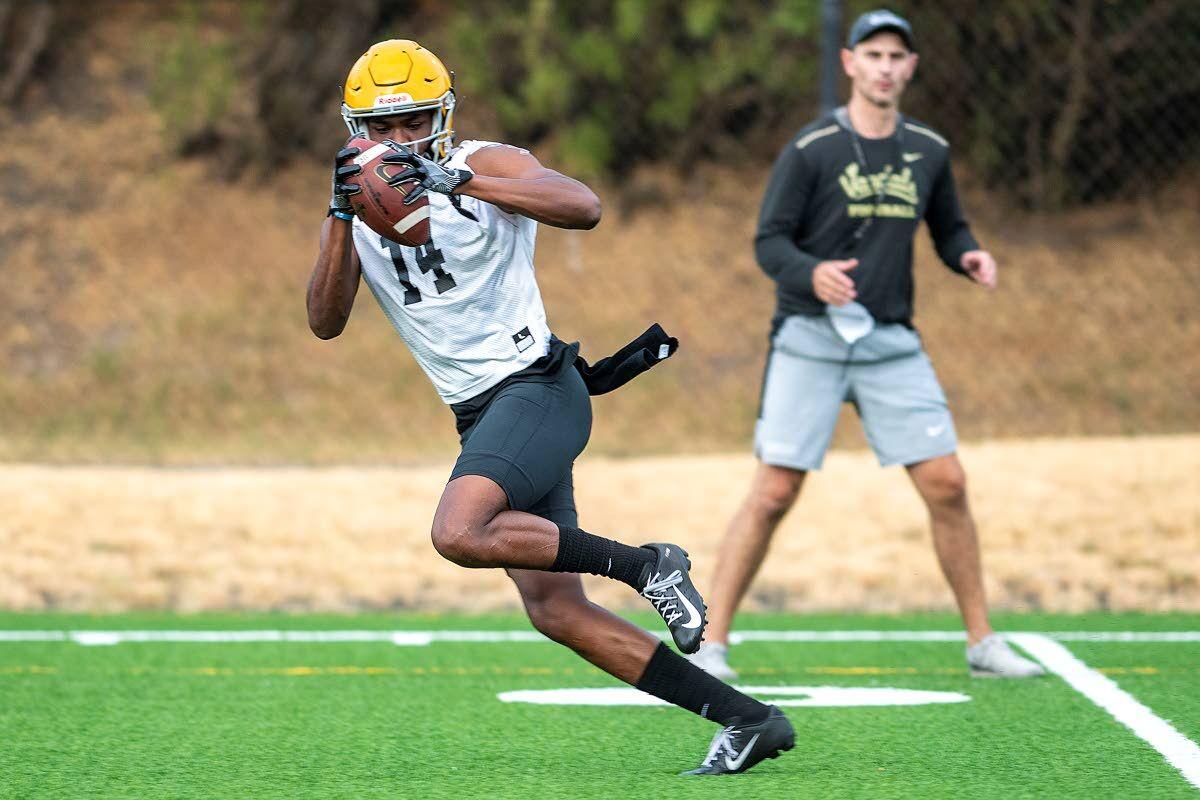 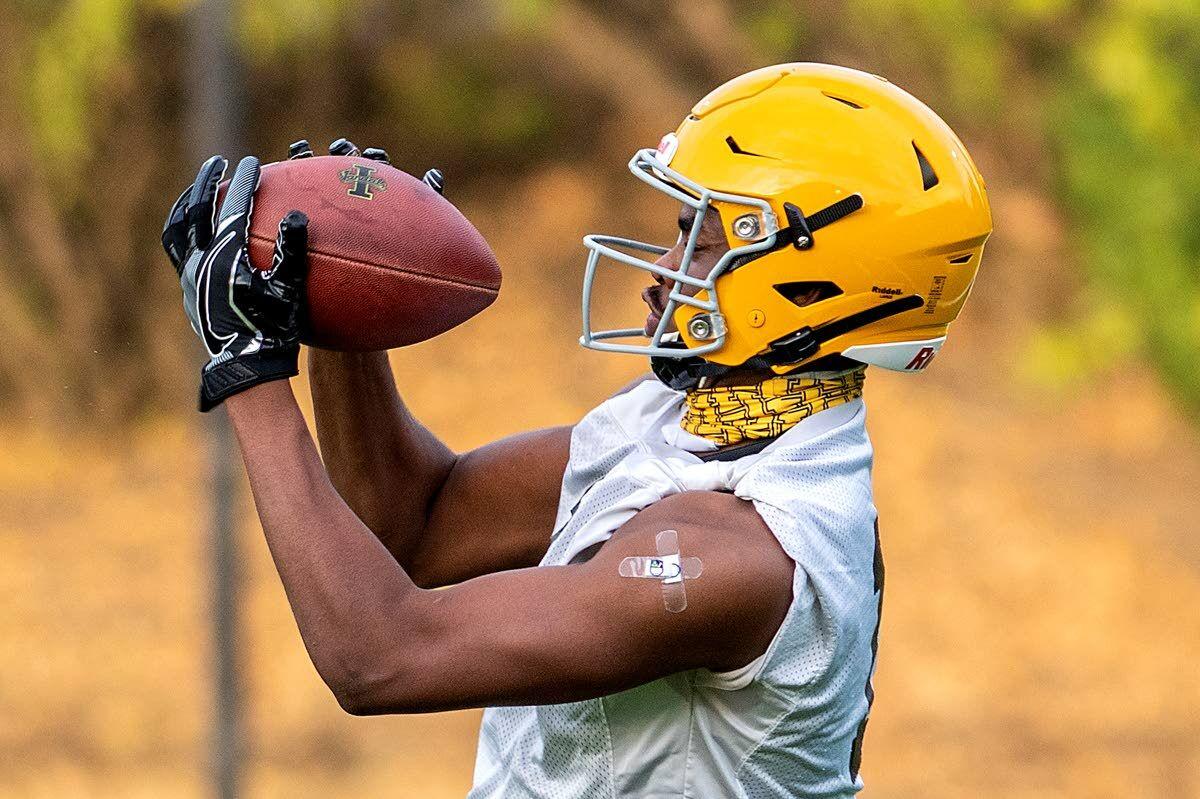 Wide receiver Terez Traynor (14) catches a pass during the University of Idaho’s first practice of fall camp on their new outdoor turf field to the east of the Kibbie Dome on Friday evening.

Wide receiver Terez Traynor (14) catches a pass during the University of Idaho’s first practice of fall camp on their new outdoor turf field to the east of the Kibbie Dome on Friday evening.

All Terez Traynor needed was a chance.

The lengthy sophomore provided a much-needed boost to the Idaho passing game in a performance the Vandals hope will continue this weekend in their homecoming game against Portland State at 2 p.m. Saturday at the Kibbie Dome (ESPN+).

“What was great to see for Terez and for his teammates is he had two great weeks in practice,” Idaho coach Paul Petrino said. “I even said it to a few of (our) assistants, I said, ‘I sure hope he goes out and has a great game ’cause man, he practiced hard.’ ”

Have a good game he did.

Outside of not seeing the end zone — all three of UI’s touchdowns came on the ground — Traynor did a bit of everything in the receiving game.

One of his highlight-worthy catches — a diving 10-yard diving snag in front of the Aggies sideline — drew an unsuccessful challenge flag from UC Davis coach Dan Hawkins.

The big breakout performance was a longtime coming for the 6-foot-4 Louisville, Ky., native.

“Me not starting or playing for three years straight but, like, getting my feet wet, getting back in it — it felt great for me,” Traynor said. “I just fed off my teammates.”

Traynor hadn’t seen the football field much since breaking his tibia and fibula before his senior season at Doss High School in 2017.

The former three-star recruit — who had offers from Football Bowl Subdivision teams Cincinnati and Kentucky — spent more time on the sideline than on the field during two seasons at Western Kentucky.

So he went to the transfer portal simply looking for an opportunity. He found that opportunity with the Vandals.

“Coach P and coach (Brian) Reader, just when I got in the (NCAA transfer) portal, they were the ones that stuck with me the most and really … the opportunities they threw out there for me was real,” Traynor said. “I came and I’m achieving them and I’m working on it right now.”

Petrino is no stranger to Traynor’s home town of Louisville — he’s had two coaching stints with the Louisville Cardinals as an assistant.

Petrino said Traynor reminds him of another Doss High School graduate, LaVell Boyd, who Petrino coached with the Cardinals in the late ’90s. Boyd went on to be drafted by the NFL’s Cincinnati Bengals.

“Those are tough kids — it’s a tough neighborhood, they’re tough kids and you can coach them hard,” Petrino said. “But then you love them up too. You gotta do both.”

On the field, Traynor is one of the Vandals’ biggest hype men. He’s quick to throw up his hands after a touchdown or race down the field to give teammates a high five. Sometimes his chatter draws the ire of the defensive backs who cover him, but it’s all in good fun.

He’ll have to be careful on game days, though. Traynor spun the football on the ground after a first down against UC Davis. The play didn’t draw a flag in that instance, but it’s something that could be penalized if he did it again.

“In a game, I’m gonna try to keep it as humble as possible and hand the ball to the ref,” Traynor said, chuckling.

Going into the UC Davis game, the Vandals were in need of someone to step up in the passing game, especially with last year’s starters Hayden Hatten and Cutrell Haywood missing some time this season.

But the breakout wasn’t a surprise to teammates and coaches who have seen Traynor in practice.