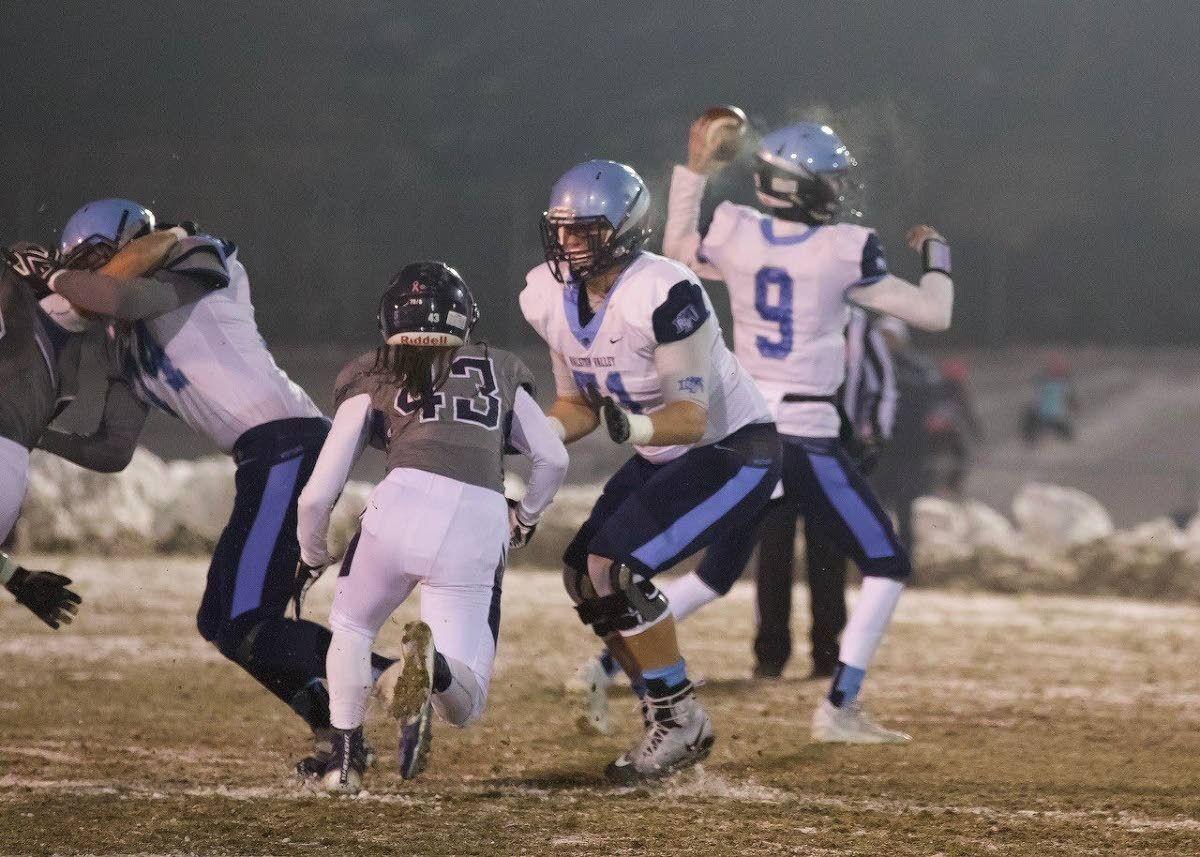 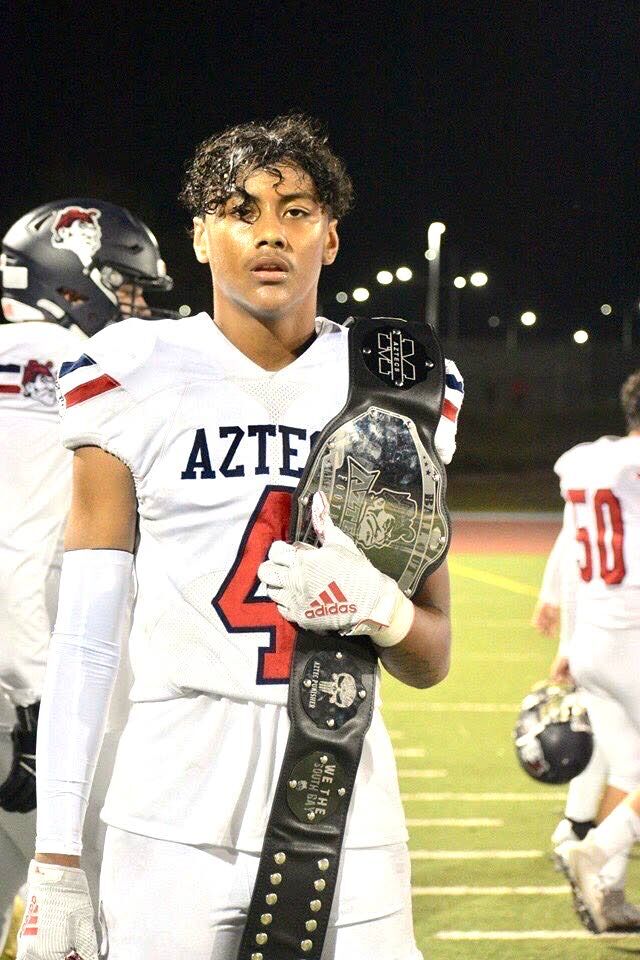 Eighth-year Idaho coach Paul Petrino has had plenty of time to scan film and phone recruits. During the COVID-19 pandemic, he said his Vandals football staff had put out more spring offers than ever before in his tenure.

And although campus visits have been closed off, it’s boded well for UI, which has enjoyed a healthy dose of recent commitments from intriguing 2021 products. As of now, the Vandals are looking at their second straight top-five Football Championship Subdivision recruiting class, according to 247sports.com.

Here’s a look at the latest batch of commits:

ISIAH KING — King checks in as a three-star recruit, per 247sports, which has the 6-foot-4, 200-pound athlete from San Diego as a top-40 all-time Vandals commit, on record.

King preps at Montgomery High School in South San Diego. He starred as a junior in 2019, splitting reps between receiver and defensive back. King totaled 397 yards and eight touchdowns on 27 catches, adding 25 tackles and three picks on the other end.

“He shows up well on tape and uses his length, body control and hands to make plays,” wrote 247sports recruiting analyst Greg Biggins. “He has a huge catch radius, wins jump ball battles and should be an immediate red zone threat.”

King’s Aztecs went 9-2, losing in the first round of the CIF San Diego Section playoffs.

King will likely start out on offense at UI, 247sports reported. He chose the Vandals over offers from Morgan State and Lake Erie College.

“Idaho isn’t too far away from home, so my family will be able to come up to my games,” King told Biggins. “I wasn’t able to visit Idaho but (cornerbacks) coach (Vernon) Smith talked to my parents and they’re comfortable with the environment there and where I’ll be living.”

The two-star prospect, per 247sports, also had an offer from Bobby Petrino and Missouri State.

“He shows a nice burst, wiggle and the speed to run away from a defense,” Biggins wrote. “He runs hard and shows some surprising power as well for a back his size and should have a very productive career at Idaho.”

“There were a lot of reasons why I chose Idaho,” Estrada told 247sports. “A big one is the family feel I have with the school already and the football team. I have a good relationship with the coaching staff and after talking with coach Smith and coach (Paul) Petrino, I got a good sense for how close the team is and I’m excited to be a part of that.

“Academically, it’s a good school as well and they have a strong graduation rate among football players.”

Ja’Shon Williams — Rounding out UI’s trio of early-committing San Diegans, Williams is a two-star cornerback — who also found success as a wideout — from Lincoln High.

The 5-11, 170-pound two-star product had 47 tackles and five picks in 2019, his first year as a Bronco after transferring from Rancho Bernardo High in northern San Diego. He corralled 47 receptions, tallying 723 yards and four touchdowns for Lincoln, which went 10-3, ending its season as runner-up in the San Diego Section.

Williams will presumably enter Idaho as an offensive flex player.

“Playing different positions all throughout my life really helped me, so now I’m just listed as an athlete, because I can do it all, I can do whatever you need me to do,” he told Inside the Hashes. “I can play kicker if you want me to. I’ll just do anything to help my team win. I’m just that type of person.”

Wilson Clark — Clark, another three-star commit, just might be expected to continue the trend of freshmen vying for time on UI’s offensive line.

The 6-5, 290-pound center/guard from Ralston Valley High, just northwest of Denver, was tabbed the No. 7 O-lineman and the 35th overall college prospect in the state of Colorado by Prep Redzone Colorado. Rivals.com tabbed him to the first-team all-state preseason squad in Class 5A — Colorado’s top level.

“A lot of it had to do with the coaching staff,” Clark told Prep Redzone writer Brandon Boles of committing to UI. “I really liked the offensive line coach, Kris Cinkovich. I think he’s a great coach and I’ll be able to develop my game really well under him. I like their system a lot, it feels a lot like my high school offensive system.”

Last year, Clark was the anchor of a Ralston Valley line that boosted its offense to 129 yards rushing, 244.5 passing and 38.8 points per game. The Mustangs went 12-1, finishing runner-up to Columbine in the Class 5A final.

He possesses a next-level frame, and his film exhibits a quick step to the next level, too.

The Coloradoan, upon announcing his commitment on Twitter, got a shout-out from legendary UI guard Mark Schlereth, a two-time Super Bowl champion with the Denver Broncos.

“I idolized (the Broncos’ linemen) growing up. Being able to get that message from him means a lot,” Clark told Boles.

He has been listed among the best linebacking prospects in the state by the Oregonian. But according to 247sports, he had his defensive playing time limited — the Lava Bears have relied on him at quarterback. And because of the COVID-19 pandemic, and the ensuing cancellations of offseason events, Musgrave was unable to take visits to Boise State and Utah State, both interested parties.

Bend went 4-6 last year, its second season at the Class 6A level.

“I think playing multiple sports makes you a better athlete,” he told the Bend Bulletin last spring. “It keeps you competitive all year. I don’t want to get lazy.”

Gevani McCoy — the highlight-reel dual-threat quarterback from southern Los Angeles is set to shine as a senior at Lawndale High, and perhaps one day will add another element to UI's offense.

McCoy played his previous two seasons at nearby Lakewood High. He elected to transfer in the spring, purportedly to increase his exposure, according to former coach Scott Meyer, quoted in the Long Beach Press-Telegram.

As a junior in 2019, McCoy had an All-California Interscholastic Federation Southern Selection season, bouncing back after a disappointing sophomore year in which the Lancers missed the postseason.

McCoy threw for 1,569 yards with 14 touchdowns and just four interceptions, completing 51 percent of his passes. But on the ground was perhaps where the 6-foot-1, 160-pounder was most impressive — he averaged 6.5 yards per carry, amassing 758 yards and 12 scores.

McCoy led Lakewood two rounds into the Division 9 playoffs, where it eventually fell in the quarterfinals to eventual champion Highland.

“We figured out the skills he had and what he could do,” Meyer told the Press-Telegram. “The last half of the season you saw we kind of tailored and built the offense around him and showcased his ability to run and throw.”

As a sophomore and under a different coach, McCoy threw for 830 yards, seven touchdowns and three picks. He ran for 111 yards and two scores, averaging 1.9 yards per touch.

Among the many people McCoy thanked in his announcement was Armond Hawkins Sr., the father of former bowl-champion Vandals safety Armond Hawkins. Hawkins Sr. founded the Ground Zero 7-on-7 Organization for college prospects from the L.A. area.

Gabriel Benton — Benton, a brawny running back, will become the third of the Vandals’ recruits from Stagg High School of Stockton, Calif., when he arrives to campus next season — joining standout junior receiver Cutrell Haywood and high-potential newcomer defensive back Jabarii Pharms.