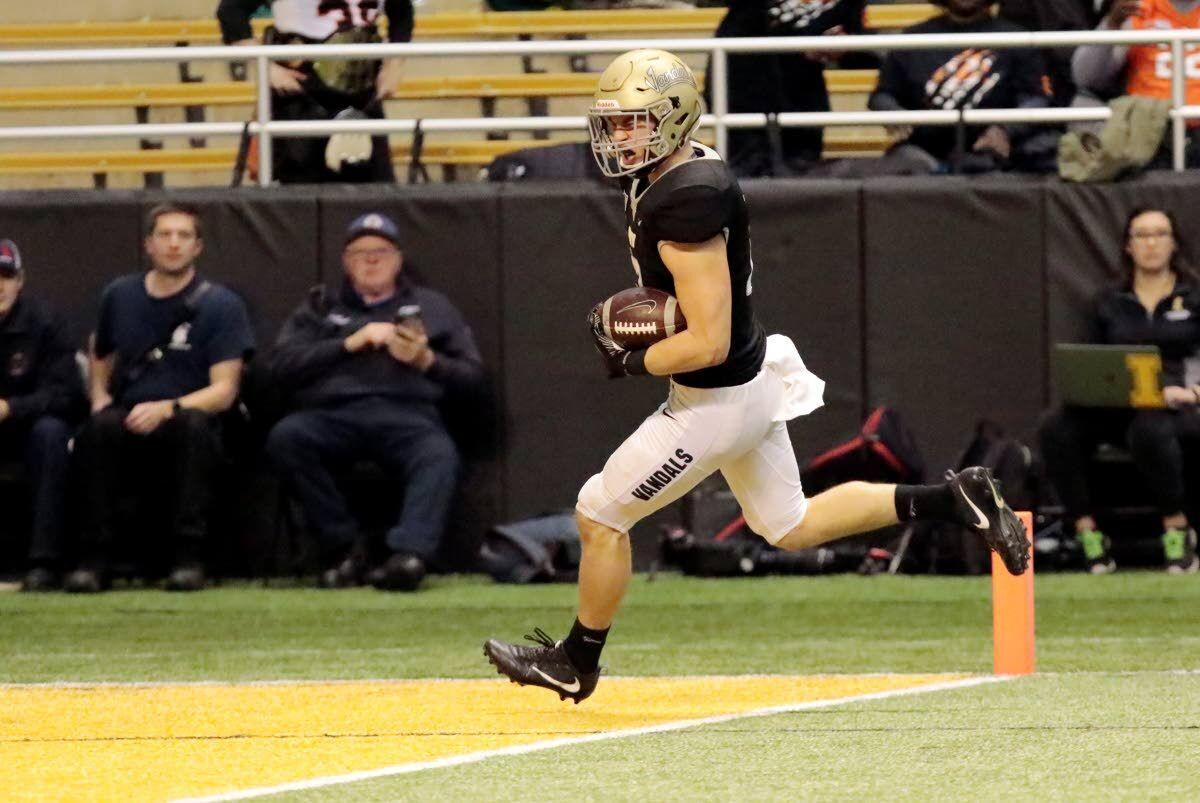 Idaho’s Connor Whitney was third on the team in 2019 with 25 catches for 314 yards and two touchdowns. 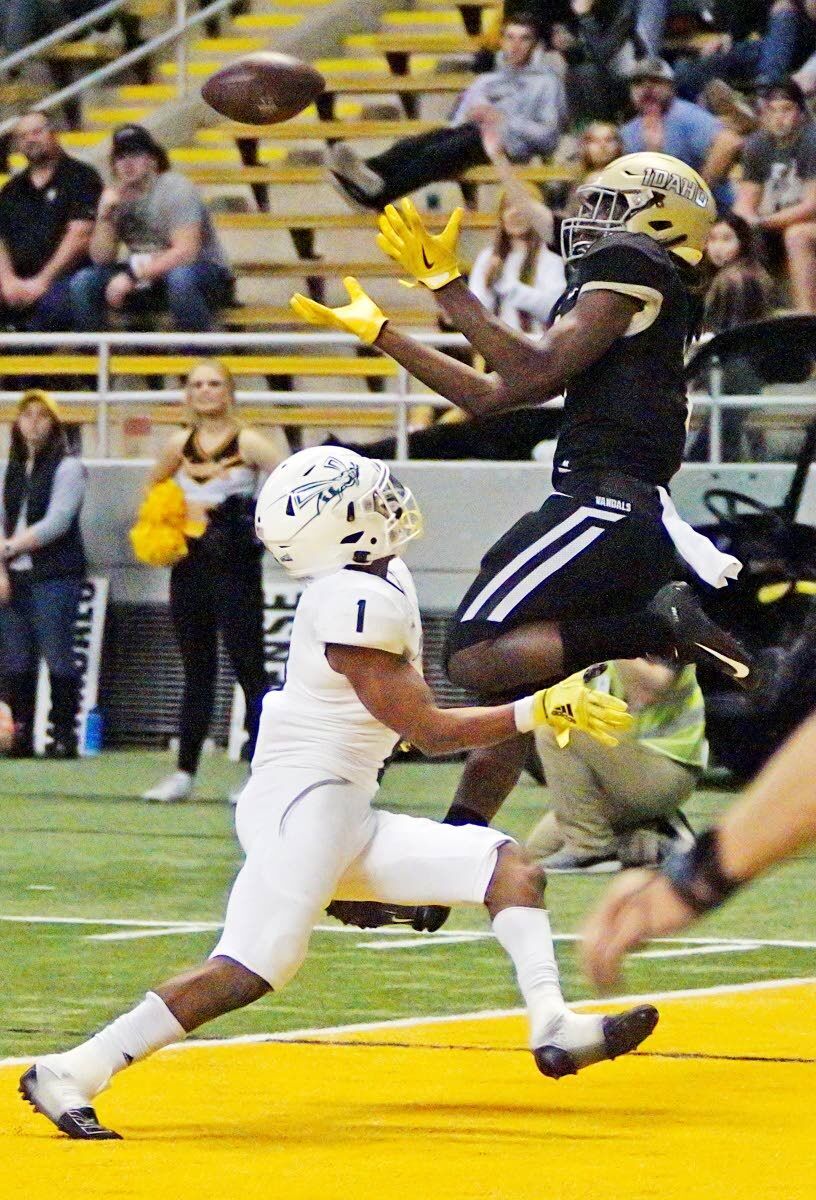 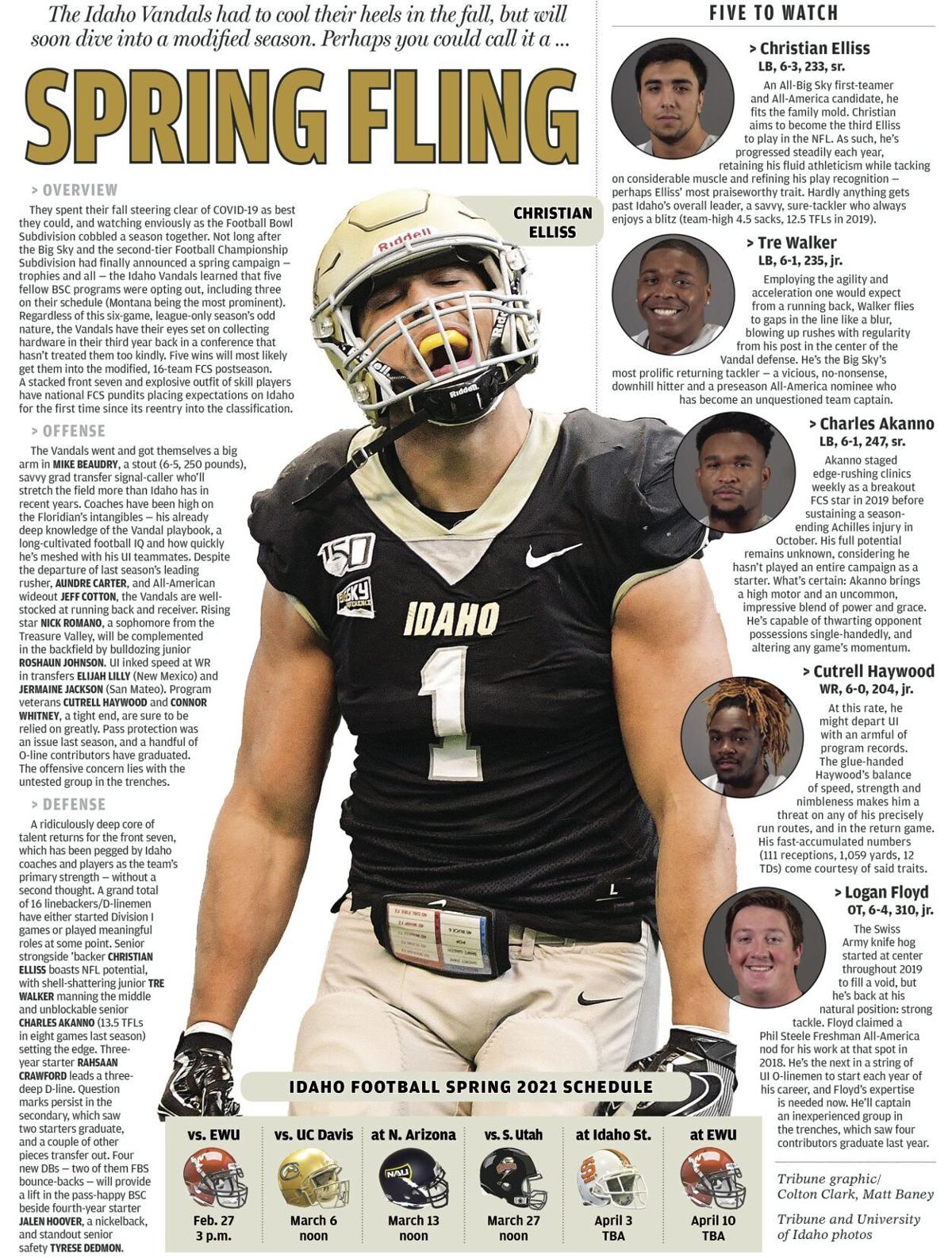 Idaho’s Connor Whitney was third on the team in 2019 with 25 catches for 314 yards and two touchdowns.

Barring any miracles, it would have been an unachievable task for Idaho’s football team to find a replacement in the offseason for All-American receiver Jeff Cotton.

As a senior in 2019, the two-year Vandal stalwart and program record-setter — with 18 catches in one game — led the Football Championship Subdivision in receptions per contest (8.8) and was second nationally in yards per outing (114.1).

He was the type of pass-catcher who was “open” when covered, and Big Sky defensive backfields often looked lost against him, overwhelmed by the current Los Angeles Charger's next-level abilities.

As expected, UI didn’t land a receiver of that caliber. But what the Vandals did accomplish on the recruiting trail, and in the development of their youth, might be good enough to replicate his production.

Plus, they still enjoy the services of veteran Cutrell Haywood, a third-year starter who’s on track to contend for several Idaho records.

“I think our depth out there is good, and we have a chance to have a couple of guys who are really good,” eighth-year Idaho coach Paul Petrino said recently of his receivers.

Haywood (6-foot-0, 204 pounds) enters his junior season already with 111 receptions, 1,059 yards and 12 touchdowns. At this pace, he’ll cap his career as a top-three all-time Vandal in each of those categories, at least.

The Stockton, Calif., product is a precision route-runner, with easily the best hands on the team. He’s fast and nimble enough to excel on slants, quick outs or deep shots, and Petrino has highlighted his strength in the blocking game multiple times as well.

“He’s always gonna make his plays,” new UI quarterback Mike Beaudry said of Haywood. “But there’s going to be a lot of people that are gonna make plays. We do a great job getting the ball to a lot of guys.”

Haywood, of course, will captain a relatively new-look pass-catching corps, which Petrino has underlined as one of Idaho’s highest-potential position groups.

Spokane native Connor Whitney (6-3, 220) joins Haywood as an offensive leader. The West Valley High School grad will reprise his role at tight end for his third season. He was UI’s No. 3 receiver in 2019, snagging 25 balls for 314 yards and two touchdowns.

Whitney steadily has progressed in terms of the threat he poses as a passing target — along with his size and blocking capabilities.

Asked whether Whitney’s importance to UI has been underestimated in the lead-up to the season, Petrino replied: “No question.”

The Vandals hold transfer slot man Jermaine Jackson in high regard. The blistering-fast 5-7, 170-pounder from the College of San Mateo was among the top receivers last season in California’s rich juco scene.

Jackson has been in Moscow since the fall, so he’s not really a new face. Adjusting to Division I ball did take some time, however.

“A lot of receivers the first couple of days look pretty quick, then as you go on, they get slower because they’re not able to handle the load,” offensive coordinator Kris Cinkovich said. “Now, he understands the load it takes to be a big-time receiver at the Division I level.

“JJ is showing he has speed endurance now. I’ve been really impressed with his work. It’s maintained at a high level. He’s another guy who was new, and the delayed season bought him more time to learn what we’re doing.”

“Anytime you can increase your speed there, and Mike’s got a big arm, so I think the combination of those two things really will allow you to stretch the field both vertically and horizontally, and make people defend the whole field,” Petrino said.

Sophomore Sean McCormick also had somewhat of a breakout against NAU (two catches, 40 yards). Petrino expects the 5-8, 180-pounder to boost his contributions this year.

Junior DJ Lee was a four-game starter in 2019, and his career totals stand at 276 yards, 22 receptions and one touchdown. He remains on the roster, but has gone unmentioned in news conferences.

Elusive sophomore slot receiver Michael Noil has taken a step forward since the fall. Rookie jump-ball target Daseau Puffer (6-4) and sure-handed freshman Kyrin Beachem should get some looks too in what’s shaping up to be a deep and capable receiver room — even without Cotton.

“We’ve been throwing the ball quite a bit. It matches Mike Beaudry’s skill set,” Cinkovich said.