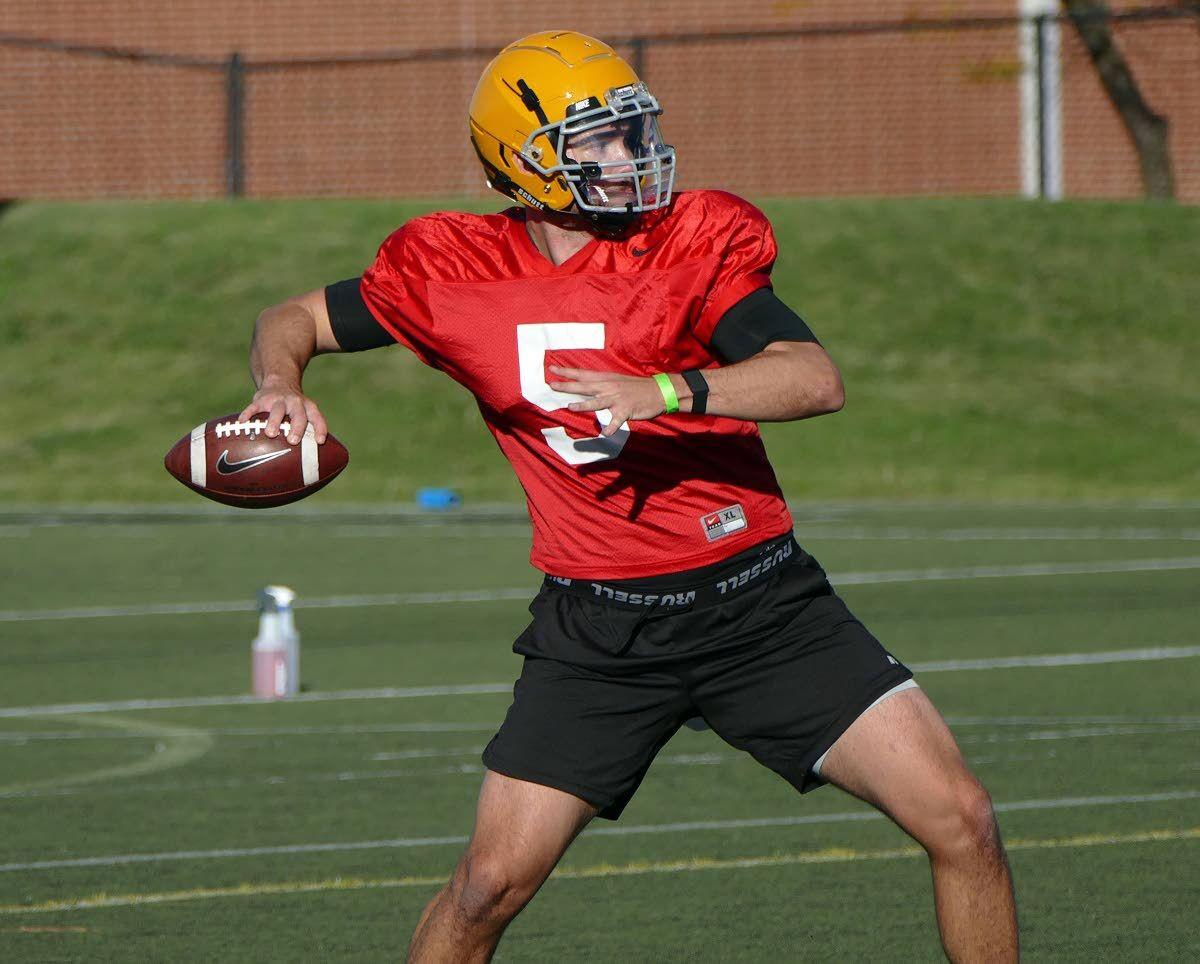 Via TwitterQuarterback Mike Beaudry prepares to throw a pass during a recent practice with the University of Idaho football team. A transfer from Connecticut, Beaudry is a pocket-style passer whom the Vandal coaching staff is high on as they prepare for the modified season opener Feb. 27. 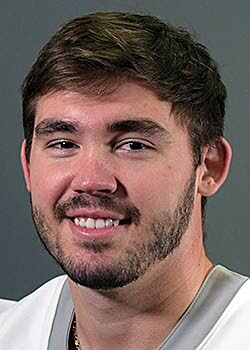 Via TwitterQuarterback Mike Beaudry prepares to throw a pass during a recent practice with the University of Idaho football team. A transfer from Connecticut, Beaudry is a pocket-style passer whom the Vandal coaching staff is high on as they prepare for the modified season opener Feb. 27.

But those are all secondary details. What the Vandals like most about first-year signal-caller Mike Beaudry outweighs any surface-level skills.

“He loves football. That’s the first thing. He really likes to study,” eighth-year UI coach Paul Petrino said recently, as he has multiple times when asked of the UConn graduate transfer’s qualities.

“You get other guys sometimes that got a big arm, that are strong, but they don’t really like to study the game. They’re not 100 percent committed. Your teammates know how much you’re into it, how much you’re committed, and he’s done nothing but study the offense and learn it.

“He’s got a good demeanor with his teammates, and you can tell they feel lifted when he’s under center — that we can score on any snap,” offensive coordinator Kris Cinkovich added. “A lot of times with quarterbacks, that’s the unnamed stuff that makes guys want to play for that guy, and with that guy. We’re pretty confident he has that stuff.”

Beaudry replaces two-year starter Mason Petrino at the helm of an offensive backfield that has become one of UI’s most experienced and explosive groups.

The Florida native comes to Moscow after unusual, injury-plagued stints at Division II West Florida and with the Huskies. Beaudry steered the Argos to a D-II national title appearance as an All-American redshirt freshman in 2017, and performed relatively well in five games at UConn last season. In all, Beaudry has lost about three-and-a-half years of his collegiate career to various lower-body injuries.

But his upside shows a ton of promise. Beaudry can stretch the field better than UI’s field generals of recent memory, and he’s already earned the trust of his teammates and coaches with consistency in practices, and an ability to dissect and adapt to defensive coverages.

“Mentally, I think I have a great advantage,” Beaudry said. “I put a lot of time into understanding the game. Accuracy, arm strength, that’s improved over time. And I’ve improved a lot being here. ... Vocally, I’ve grown throughout the years. That’s not natural to a lot of people. I really had to work at it, and that’s one of my strong suits now.

“I love the responsibility coach P has given me. I feel like a professional quarterback out there.”

Because of the uncertainties of COVID-19, Petrino has made it a point to keep backups CJ Jordan and Nikhil Nayar prepared like starters. Jordan, a dual-threat freshman from Union High School in Vancouver, Wash., has been tabbed by the coach as the program’s future. Nayar, a sophomore, is the only quarterback on the roster who has played in a UI game.

The Vandals should feel confident with their athletes beside Beaudry in the backfield. Last season’s leading rusher, Aundre Carter (615 yards, seven touchdowns), no longer is with the program, but a three-headed attack remains intact for a team that prefers to establish its ground game early and control time of possession.

“The running back room is stacked. We’ve seen them all make plays throughout camp,” Beaudry said.

“It’ll be similar to (2019). You plan on playing them all and whoever’s the hottest guy, that’s who’ll get the ball the most that game,” Petrino said.

Romano presumably will shoulder the bulk of reps after posting 684 yards and four touchdowns from scrimmage last season. The Rocky Mountain graduate from Meridian said UI’s coaches have tasked him with assuming a leadership role — and taking on more touches.

“Nick has continued to elevate his game,” Cinkovich said. “He’s always been a strong kid (Romano benches about 400 pounds), but he looks like he can handle the workload also.”

Expect Johnson to be the first back off the sideline. He’s returned to his hard-running, sneakily nimble form.

During a scrimmage last week, the 6-1, 240-pounder rumbled through a defender, then hurdled another.

“Ro’s had some really bright moments, some physical runs,” Cinkovich continued. “He really spurred the offense (in practice last week) with a couple of physical runs, and got us into that demeanor we like. He’ll keep bringing that, and he’ll be a big plus for us.

“I’d expect the three of them to get the job done.”

One of Idaho’s more underrated players in general is junior fullback Logan Kendall, who Petrino has named as one in a handful of team leaders. The 6-4, 264-pound wrecking ball from Cheney, Wash., was vital to UI’s run-game success last season.

“He’s such a tremendous edge-blocker and lead-blocker. He makes a huge difference, and his return has elevated everybody,” Cinkovich said.