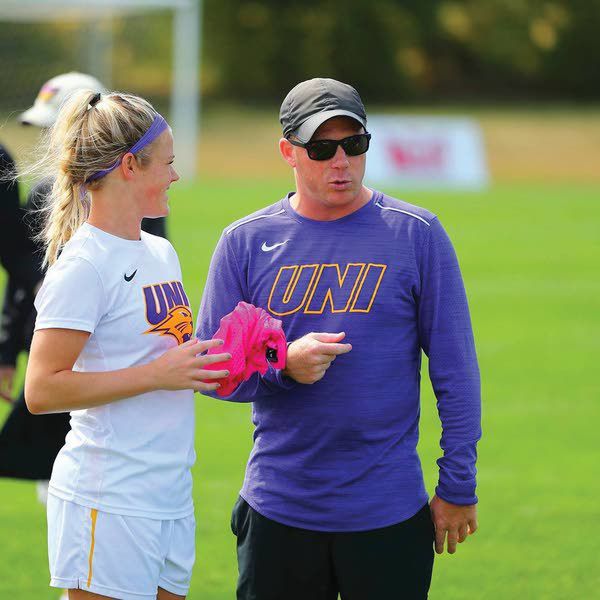 Northern Iowa women’s soccer coach Jeremy Clevenger consults with one of his players. Clevenger is taking over the Idaho program, the school announced Wednesday. 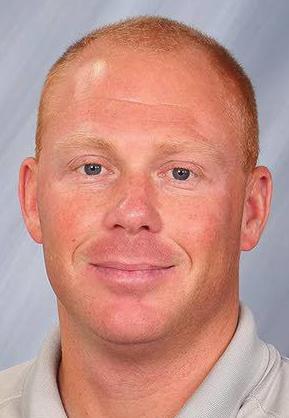 The Idaho women's soccer team is less than a month away from opening its season - and it now has a head coach.

The Vandals announced Wednesday that Jeremy Clevenger, who has coached Northern Iowa the last two years, will take over the UI program. Clevenger will be the fifth head coach in the program's history.

"Jeremy is a proven winner and a great fit to not only maintain the championship-caliber program that has been built here, but to take it to the next level," UI acting athletic director Pete Isakson said in a written news release. "He brings experience in all areas of running a successful program and has honed his craft under the direction of some of the best coaches in the college game. We are excited to have Jeremy as our head coach and we know he is excited to be a Vandal."

Clevenger is replacing Derek Pittman, who left the Vandals in May to take over the University of Texas at San Antonio. Pittman left shortly after UI considered cutting women's soccer - as well as men's golf and women's swim and dive - to deal with a $1 million budget deficit in the athletic department. Those programs weren't cut; the State Board of Education granted the institution a three-year waiver to address its monetary shortfall.

At UNI, an NCAA Division I school located at Cedar Falls, Iowa, Clevenger had two successful seasons. The Panthers in 2016 had their highest conference finish in program history while also setting then-team records for goals, points and shutouts. Last fall, UNI set a program record with 14 wins, which included 11 shutouts, and advanced to the championship game of the Missouri Valley Conference tournament.

"I would like to thank Pete Isakson and the search committee for giving me this opportunity to lead Vandal soccer," Clevenger said in a written news release. "I was blown away by the university and the people in the athletics department. I am looking forward to getting to work with this talented team and building on their success."

Prior to UNI, Clevenger spent four seasons as the head coach of Western State College in Gunnison, Colo. There, Clevenger started the program, and quickly led the team to national prominence with wins over ranked Division II opponents.

He spent one season at Fort Hays State as an assistant with both the men's and women's teams, also in their first seasons as programs. His previous stops include Houston Baptist, Baylor, Ottawa University, Central Missouri and San Joaquin Delta College.

A native of Stockton, Calif., Clevenger boasts a NSCAA Coaching Diploma and Regional Goalkeeper Diploma, and has a United States Soccer Federation Coaching License. He holds a bachelor of science degree in kinesiology from San Francisco State University and a master's degree in sports and business administration from Central Missouri.

Clevenger will arrive at Idaho's campus next week. The Vandals open their season Aug. 10 at Utah.