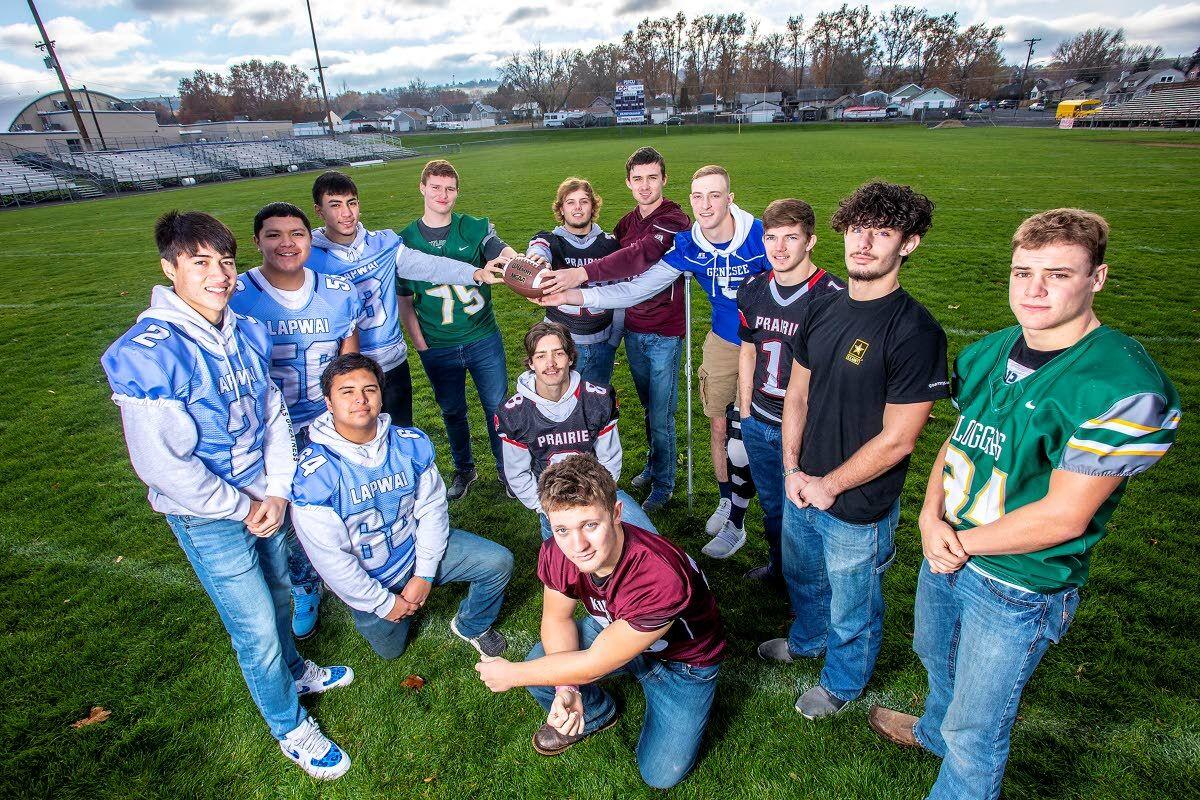 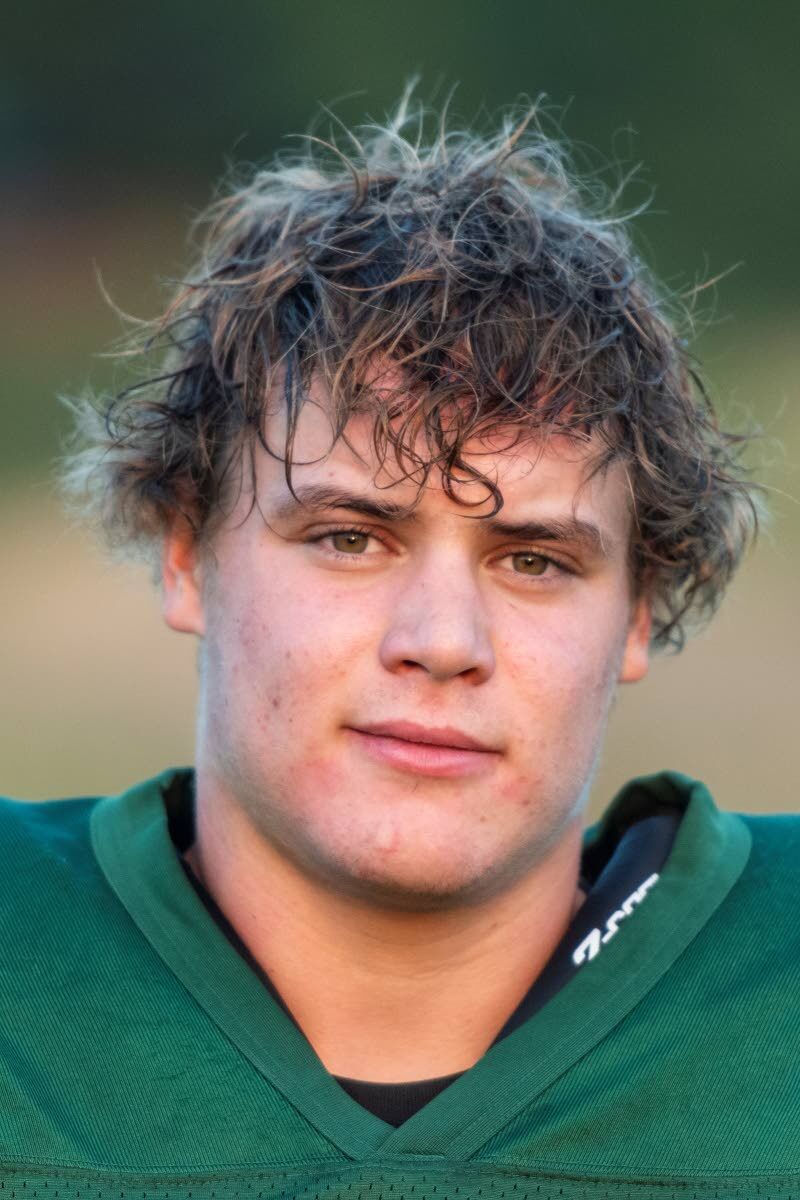 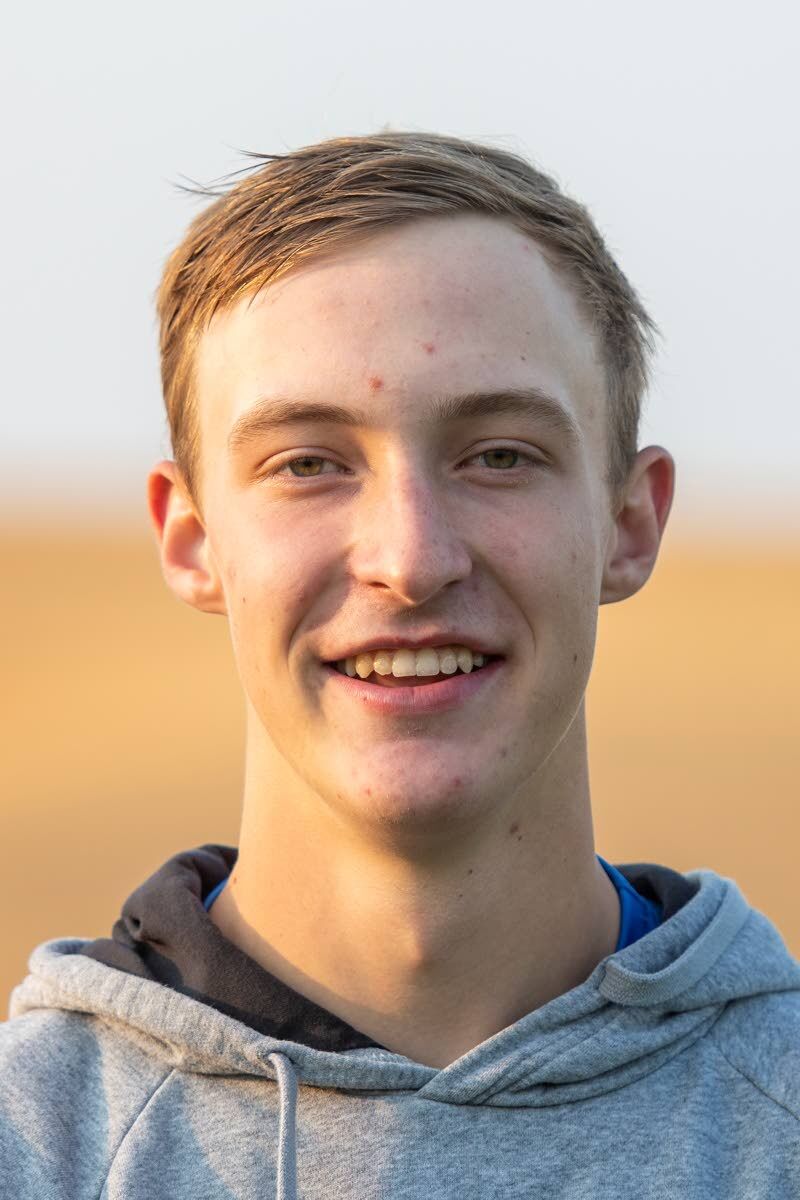 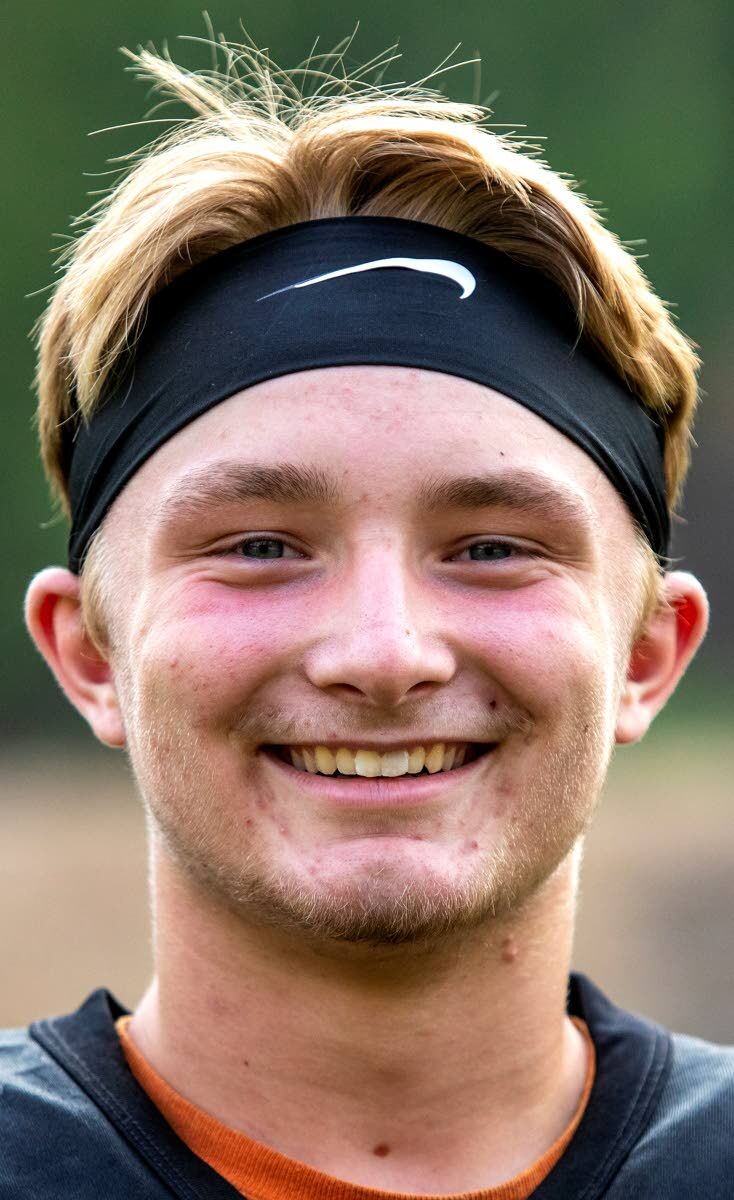 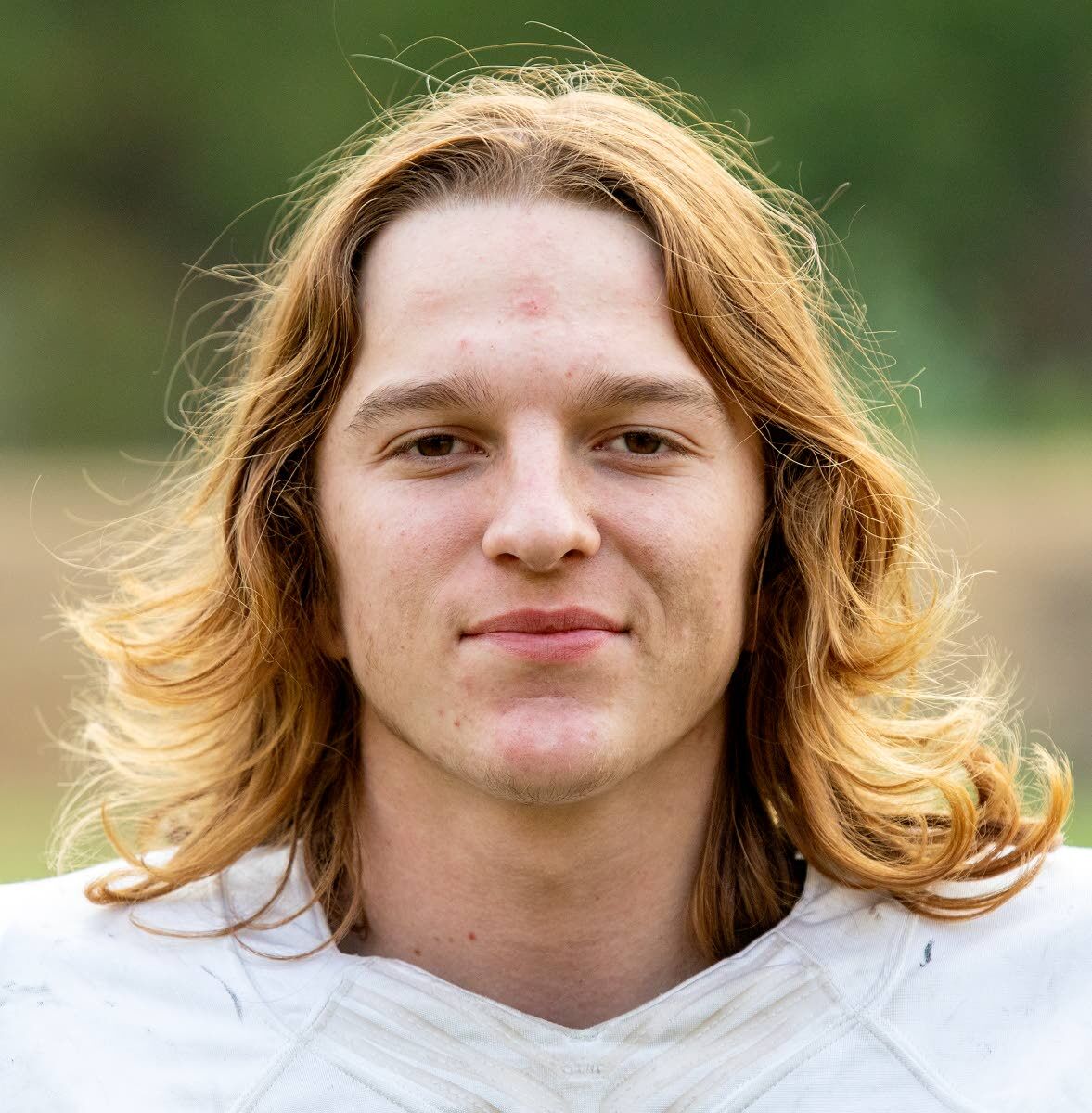 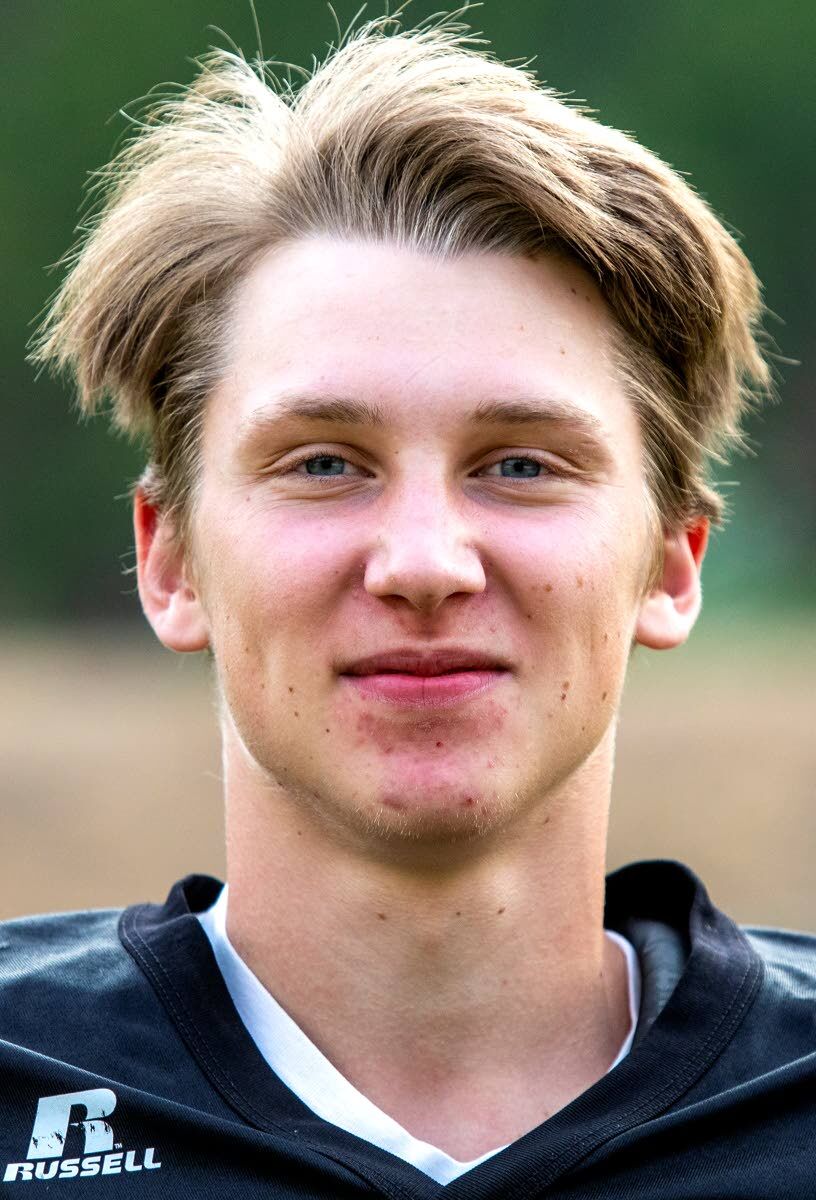 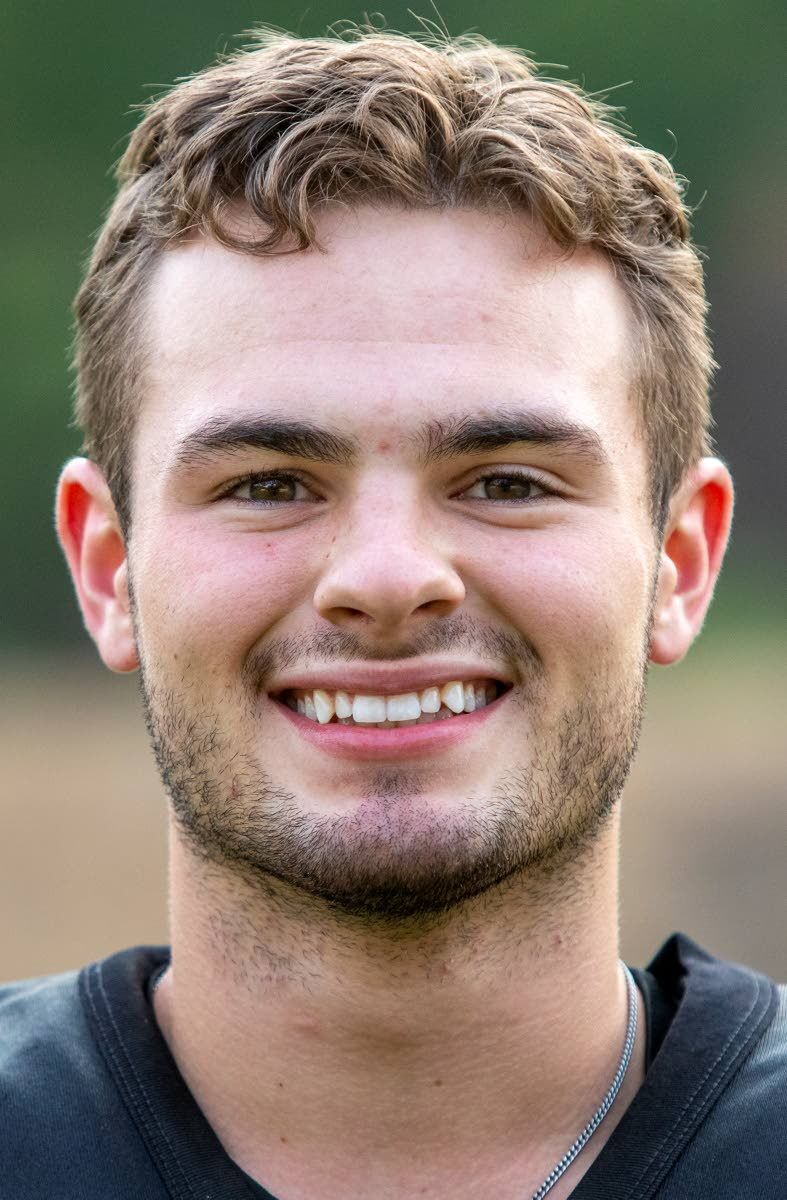 When asked recently about this group of players in the Whitepine League, Prairie coach Ryan Hasselstrom raved about how he thought this was the best group of kids he’s seen in his time in the league.

He certainly would know. Hasselstrom, the 16th-year coach of the Pirates has been around long enough to have an opinion or two. He has led Prairie to a run of three state title in Class 1A Division I since 2014. And although the Pirates didn’t quite get that far this season, they sure were packed with talented players that led them to the Whitepine League championship in the division once again.

It was a league chock full of postseason qualifiers. Potlatch, Clearwater Valley and Genesee each made playoff appearances, Prairie advanced to the second round and were upset by Lapwai, and the Wildcats fell to state runners-up Raft River in the semifinal round.

With that, the league had many standout players. Today’s release of the all-league teams justifies as much.

This year, the league’s coaches and the Tribune, along with cooperation from Lewiston High School athletic director Corey Williams, staged a photo shoot at Bengal Field to commemorate their achievement.

Of the 20 spots on the first team — which were voted on by the league’s coaches — seven went to players from Lapwai, six to Prairie, three to Potlatch and two each to Clearwater Valley, Kamiah and Genesee.

The player of the year honor went to Prairie senior Brody Hasselstrom. The 5-foot-9, 185-pound two-star first-team running back and second-team linebacker ran for 1,194 yards on 135 carries in just seven games played for an 8.8-yard average. He averaged 170.6 yards per game and scored 21 touchdowns to help the Pirates to an 8-1 overall record, another league title with a perfect 7-0 mark and a No. 2 ranking in the final state media poll. On defense, Brody Hasselstrom finished with 42 tackles and one interception. His high school career was cut short just before the final regular-season game Oct. 22 against Troy because of emergency appendectomy surgery earlier that day.

“Brody had a really good season this year, both offensively and defensively,” said Ryan Hasselstrom, who also was named coach of the year. “He’s a very strong runner with great balance and vision of the field. Great leader on our team.”

The offensive player of the year is Lapwai senior Titus Yearout. The 6-foot-2 commit to the University of Idaho in men’s basketball went 126-for-218 passing for 2,042 yards with 28 touchdowns and seven interceptions. The first-team quarterback and first-team defensive end also ran the ball 148 times for 1,130 yards and 18 more scores. He also had 73 tackles, including 55 solo stops, four sacks and 15.5 for loss, with 13 passes defensed and one interception for the Wildcats, who finished 8-3 overall and was second in the league with a 6-1 record.

The defensive player of the year is Clearwater Valley senior Dylan Pickering. The first-team linebacker and running back carried the ball 138 times for 1,014 yards, an average of 7.3 yards, and 12 touchdowns. He also had 70 tackles, including 12 for loss and 10 sacks, four fumbles caused and two recovered for the Rams, who finished 3-6 overall and in fifth place in the league at 3-4.

“Dylan is a leader both on and off the field,” second-year Clearwater Valley coach Allen Hutchens said of the team captain. “He shows up for work every day with a positive mindset and always does things the right way. He was that rock in the middle of our defense and that bruising, powerful back on offense that always would get you those tough yards when we needed them the most.”

Hix finished with 15 receptions for 182 yards, a 12.1 average, and two scores this season for the Kubs, who finished 2-5 overall and in the league, good enough for a sixth-place finish.

“He was our quarterback’s security blanket,” Kamiah coach Nels Kludt said of the team captain. “If we needed to move the sticks, he was our guy. (He’s got) soft hands and deceptive speed and quickness for a big guy.”

Taylor caught 30 passes for 453 yards, a 15.1 average, with seven scores for the Wildcats.

Wareham caught 65 passes for 1,203 yards, an 18.5 average, with 14 touchdowns. He had 18 total scores on offense. On defense, he finished with 58 tackles, 14 pass breakups and three interceptions, with two of those returns for touchdowns for the Bulldogs, who went 7-3 overall and placed third in the league at 5-2.

“Cy was our most consistent contributor offensively,” first-year Genesee coach Justin Podrabsky said of his two-way standout. “When we needed a big play on offense, he was the guy we went to. He was a big play waiting to happen. In terms of receivers I would put him up in consideration for being one of the best in the state.”

Hibbard had 55.5 total tackles, including 35 solo stops, 18 for loss and six sacks, with two pass breakups for the Pirates.

“TJ was a phenomenal linebacker for us this year,” Ryan Hasselstrom said. “(He) played with speed and power on every play.”

Lonebear had 55 tackles, including 32 solo stops, 19 tackles for loss and 2.5 sacks in anchoring the line for the Wildcats.

Cox had 34 total tackles, including one for loss, and he picked off two passes for 25 yards in being the shutdown player in the defensive back.

“We would put him on the other teams best receiver to shut them down, and he was great in that role,” Kludt said of the big hitter. “He brings the lumber in run support. He is extremely fast, a threat to take it all the way every time he got his hands on the ball. A quiet leader, (and) well-respected by his teammates and opponents.”

Lapwai junior Promise Shawl was the lone first-team selection on special teams. He returned 68 kicks with a 30.8 average per return.

Player of the year — Brody Hasselstrom.

Defensive player of the year — Pickering.

Class 1A Division II state champion Kendrick dominated most of the spots as the Whitepine League also announced its best in the division.

The league’s coaches voted for the team.

The Tigers (9-2), who beat Carey 30-24 in the state championship game Saturday at the University of Idaho’s Kibbie Dome, won all the top awards but one.

That one was the MVP, which went to Lewis County junior Ty Hambly. The quarterback and linebacker, who made the first team at that spot, helped the Eagles to a 3-5 overall record and a 1-2 mark in the league, good enough for third place.

Kendrick sophomore quarterback Ty Koepp was the offensive MVP, while Tigers’ senior linebacker Maison Anderson was the defensive MVP. Zane Hobart, who just finished his ninth season with the team, was the coach of the year. The Tigers went undefeated in three league games in 2021.

Junior Jagger Hewett was named to the first team on offense (tight end) and defense (defensive back), as was sophomore Dallas Morgan and junior Jack Silflow (on each line).

Timberline senior Jaron Christopherson also was honored on offense and defense (each line).

Offensive player of the year — Koepp.

Defensive player of the year — Anderson.