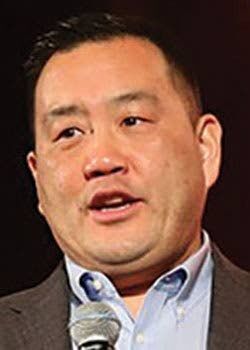 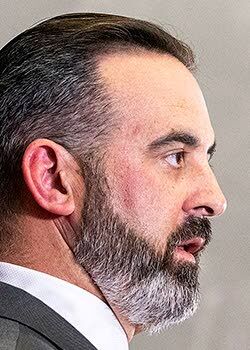 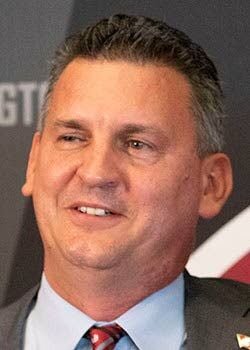 Coaches are taking further salary cuts and 10 full-time positions are being eliminated under new cost-reducing measures announced Friday as the Washington State athletic department tries to cope with the financial carnage caused by the coronavirus pandemic.

The school also acknowledged 60 athletes have tested positive for the virus since testing began in June, a big jump from previous reports.

All other coaches and contracted staff members are absorbing 10 percent salary reductions, either by mandate or voluntarily, and non-contracted employees must take two more weeks of furlough sometime between Feb. 1 and June 1, 2021. That’s on top of the two weeks they must take by Nov. 20.

In addition, 10 full-time positions have been axed, including three via layoffs. In the seven other cases, the school decided against replacing employees who resigned.

The school also has reduced operating expenses by $3.1 million, a figure that includes the inevitable cost reductions associated with the Pac-12 decision in August to scrap all athletic competition through the calendar year.

In all, the moves amount to a savings of $6.5 million for the WSU fiscal year that began this summer, the school said. Beyond that, the outlook is murky.

“We took hard cuts in our marketing budget, our recruiting budget — we’re in a dead period, (so) a lot of our travel, “ Chun said. “There’s a lot of equipment replacement that we’re not going to do this year. It’s really across the board.

“There’s not a lot to cut in our athletic department. That’s why we always use that term — we operate as the most fiscally efficient amongst the the Power Five (schools). For us to cut, it isn’t sustainable long-term, but the reality is we’re doing our best to survive this current year.”

He repeatedly mentioned a positive bit of news, the announcement last week that the Pac-12 has reached an agreement with Quidel Corporation to supply each school in the conference with the means to test daily for the virus and get swift results. The equipment should arrive late this month and is expected to accelerate the return of sports competitions and bring some relief to withering athletic budgets.

“It’s a game-changer for us,” Chun said.

The positive coronavirus tests among WSU athletes, out of about 1,600 tests, represent a significant spike since mid-August when the school reported seven positive cases out of 800-plus tests. That’s a jump from less than 1 percent to about 6 percent.

By and large, the increase is related to the general surge of cases in the Pullman area — one of the fastest-moving surges in the country — as opposed to imported cases, Chun said.

“Our teams have continued with their activities, with an abundance of caution, and we continue to stay within our protocols,” he said.

The salary reductions, the AD said, were greeted with equanimity.

“There wasn’t a long discussion,” he said. “We’re pretty unified as a group. We understand what our shared purpose is, and that’s to build something and deliver something for our student-athletes.”