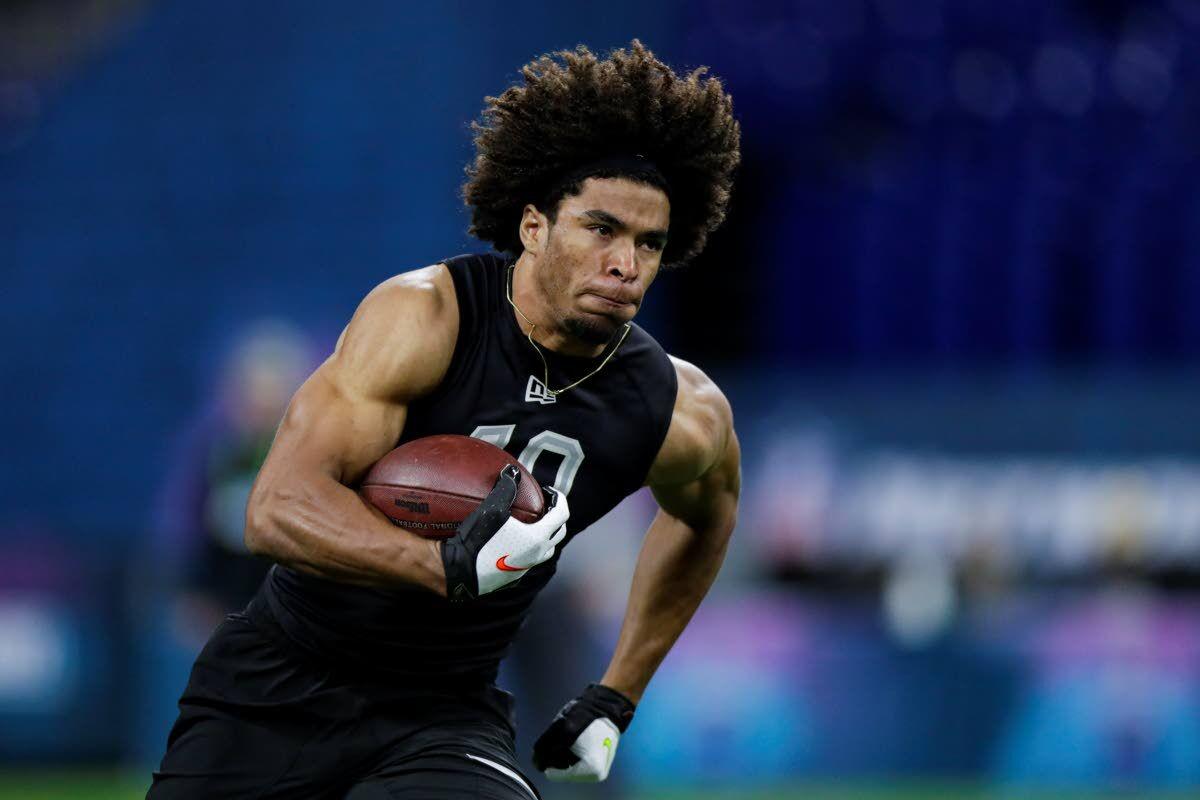 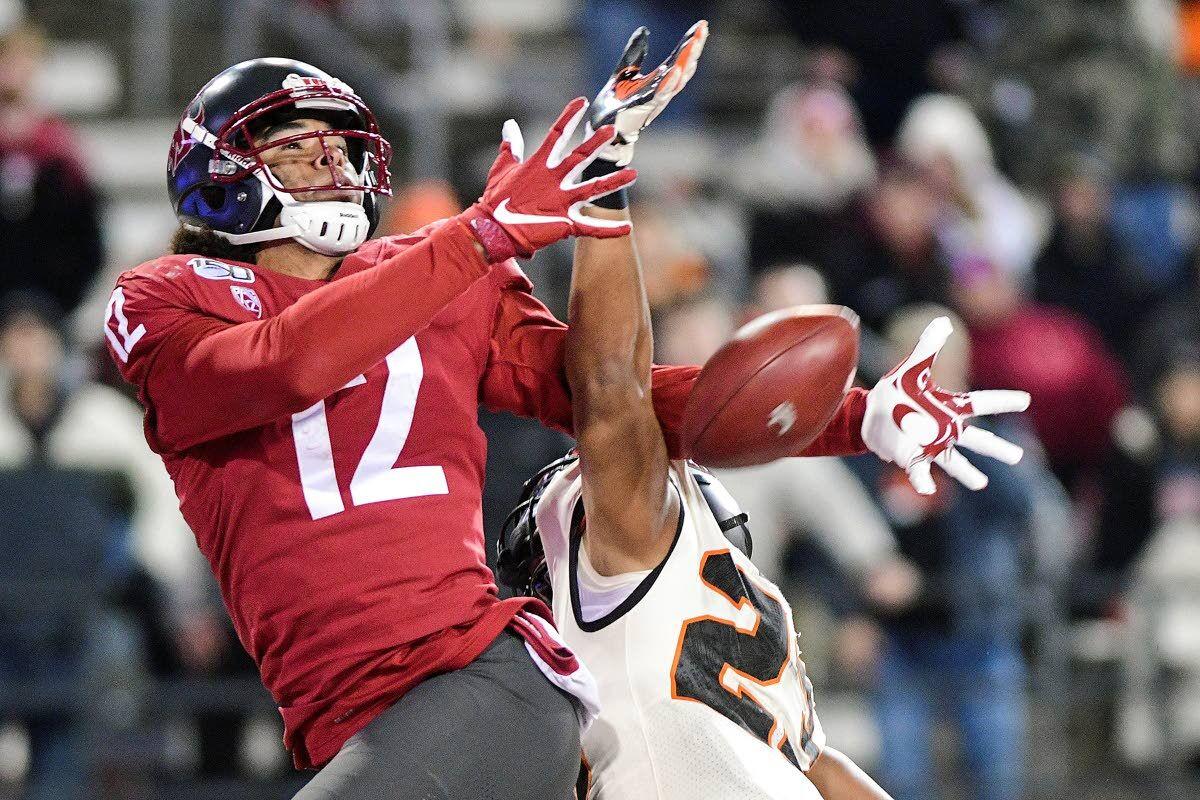 Washington State wide receiver Dezmon Patmon (12) attempts to catch a pass from quarterback Anthony Gordon (18) as Oregon State defensive back Isaiah Dunn (23) defends during the fourth quarter of a Pac-12 Conference football game on Saturday night at Martin Stadium in Pullman. Dunn was called for pass interference on the play.

Washington State wide receiver Dezmon Patmon (12) attempts to catch a pass from quarterback Anthony Gordon (18) as Oregon State defensive back Isaiah Dunn (23) defends during the fourth quarter of a Pac-12 Conference football game on Saturday night at Martin Stadium in Pullman. Dunn was called for pass interference on the play.

Former Washington State receiver Dezmon Patmon made the final 53-man roster of the Indianapolis Colts on Saturday, but three other 2019 Cougars were among the hundreds of NFL hopefuls waived the past couple of days.

The disappointed ex-Cougs included quarterback Anthony Gordon, who was cut by the Seattle Seahawks. He’d been facing long odds after going unchosen in the NFL draft and signing a free-agent contract.

Other rookie free agents from WSU who were released were receiver Easop Winston by the Los Angeles Rams and center Fred Mauigoa by the Cincinnati Bengals.

It was a triumphant day for Patmon, who made 58 catches last year to cap a productive Wazzu career but has long been urged to make better use of his 6-foot-4, 225-pound frame.

The Colts drafted him in the sixth round and cast a vote of confidence in him by keeping him on board while cutting three other receivers.

Two pro veterans who’d played for the Cougs before last year also got waived: defensive tackle Daniel Ekuale by the Cleveland Browns and receiver River Cracraft by the San Francisco 49ers. Cracraft was signed to the 49ers practice squad Sunday.

Among the NFL hopefuls from the Palouse who went unsigned to practice squads Sunday was Gordon. He’d been expected to have a shot at the practice squad. But the Seahawks instead signed former Louisiana State QB Danny Etling, a seventh-round draft choice in 2018 by the New England Patriots.

Several other vets from the Wazzu family made 53-man rosters, led by Jacksonville Jaguars quarterback Gardner Minshew, who is expected to start again this season. Now he’ll be backed up by former Idaho and Oregon State quarterback Jake Luton.

Other ex-Cougs good to go this season are linebacker Deone Bucannon of the Atlanta Falcons, offensive guard Joe Dahl of the Detroit Lions, linebacker Frankie Luvu of the New York Jets, defensive tackle Hercules Mata’afa of the Minnesota Vikings and safety Jalen Thompson of the Arizona Cardinals.

On injured reserve is former WSU third-team All-Amercan lineman Andre Dillard, whose torn biceps recently foiled his attempt to entrench himself at left tackle for the Philadelphia Eagles.

Pettway became the fourth Cougar to enter the transfer portal since the Pac-12 decided to shut down 2020 football last month because of the coronavirus pandemic. One of them, defensive back Skyler Thomas, has since decided to stay at WSU.

Pettway, a 5-foot-10, 170-pound true freshman from Alabaster, Ala., was a three-star recruit and one of six players signed by new WSU coach Nick Rolovich in February, after predecessor Mike Leach signed 17 in December.