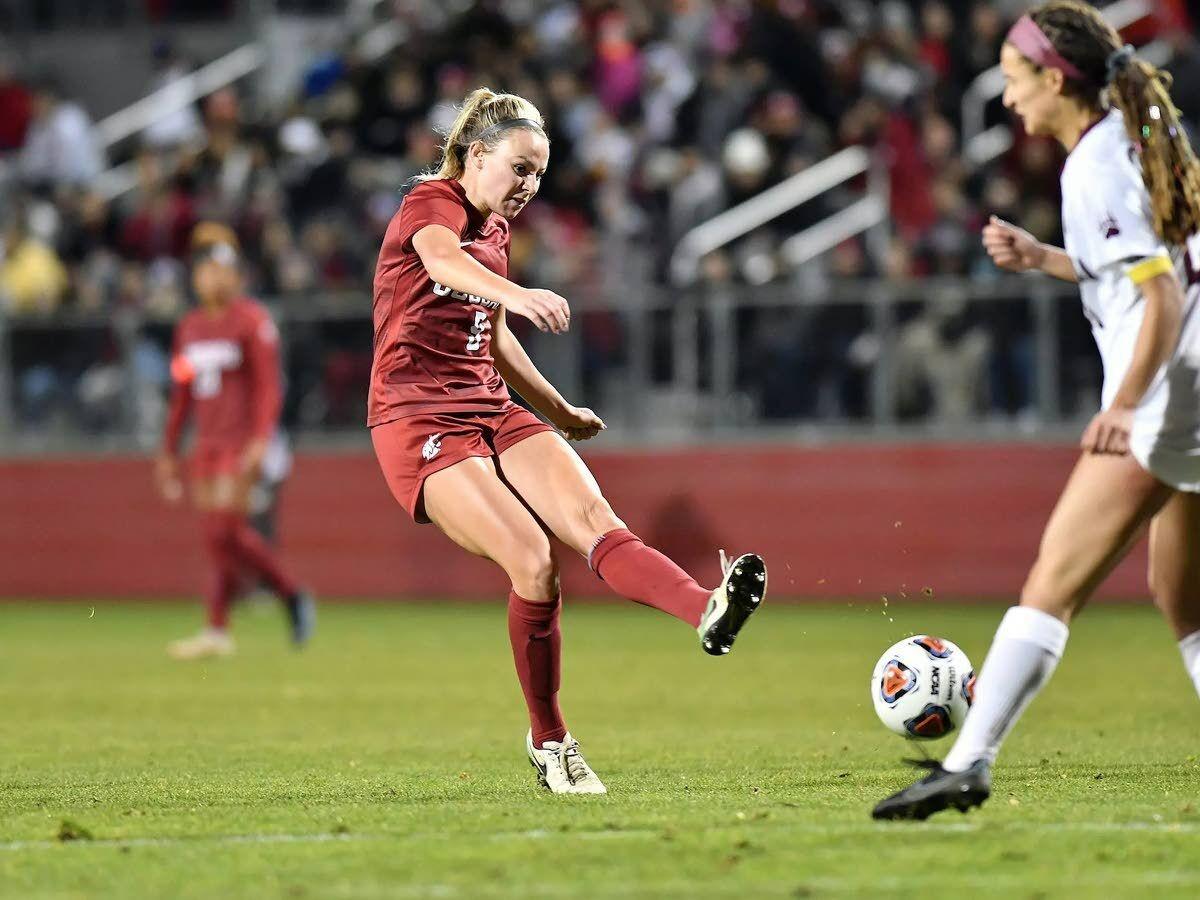 Washington State midfielder Jayla Land takes a shot against Montana during an NCAA Tournament match Saturday in Pullman. The Cougars won 3-0 to advance. 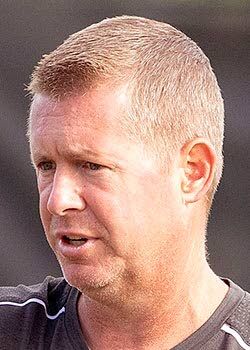 It’s become increasingly evident since the magical 2019 run to the College Cup semifinal round that the Washington State women’s soccer program is legit.

Sure, they’ve been to the NCAA tournament numerous times. In fact, the Cougars have earned berths 11 times since 2008. But that miracle ride that saw WSU win three consecutive away matches against top-tier talent put the program over the top and, dare they say, among the elite in the nation.

Now the expectation isn’t to just get a berth, but it’s to go deep.

Washington State will look to keep on rolling as it plays Tennessee in the second round of the tournament at 11 a.m. Pacific on Friday at the University of Michigan’s Soccer Stadium in Ann Arbor, Mich.

“It’s a great standard where we are at with this program,” coach Todd Shulenberger said Wednesday. “This group of young ladies, this super senior class has been a part of that whole run these last six or seven years. It’s a great standard to have. I always remind them every day, ‘Winning is hard and don’t you forget that,’ because it doesn’t matter who we play, when or where, winning is hard.”

The Cougars (14-2-4) will play the Volunteers (19-2) in the early match. The winner advances to play in Sunday’s third round at a time to be determined against the winner of the 2 p.m. Pacific match Friday that pits the host Wolverines and Wake Forest, also in Ann Arbor.

While it’s really hard to compare the 2019 team to this year’s group, there are some similiarities. One is the two teams have scored 45 goals. Another is the goaltending, in which each group has had rock solid players keeping the opposition from scoring.

Shulenberger pointed out more, which distinguishing the two teams.

“Both had great locker rooms, both had talented players in certain roles and positions,” he said. “One team was older, the 2019 team, than this team here. But you have more experience on this team because you have kids that have been on both teams now. I think it’s pretty nice to see that kids have grown, kids have that left and the culture has continued to move forward.”

That comes from the success the program has had. It’s not easy, year-in and year-out, to continue to win in the Pac-12 at the rate the Cougars have. With the minor exception of this past season, when the schedule was moved to the spring because of COVID-19 concerns, WSU has been a consistent winner.

“It’s a little bit of a statement here to say, but we’ve still got more here,” Shulenberger said. “This wasn’t a one-hit Coug team. Regardless of what happens these next couple of weeks, this team is for real.”

Tennessee enters as the Southeastern Conference tournament champions, winning 11 of its past 12 games, including a 3-0 home victory in the first round of the tournament this past Friday against Lipscomb.

The Volunteers have scored 58 goals on the season and only surrendered 13. The offense runs through sophomore forward Jaida Thomas, who is tied for 16th nationally with 13 goals. Freshman midfielder Taylor Huff had added nine goals and five assists, and senior forward Mackenzie George and junior forward Claudia Dipasupil have combined for 13 goals and 15 assists.

The defense has shut out 12 opponents this year, with junior goalkeeper Lindsey Romig registering eight solo shutouts with a 0.72 goals-against average and an .817 save percentage.

WSU equalizes with six players with four more goals on the season, led by senior forward Elyse Bennett’s 10. Freshman Nadia Cooper is sixth in the nation in save percentage (.862) and ninth in goals-against (0.53).

Shulenberger thinks the game will come down to whose middles play better.