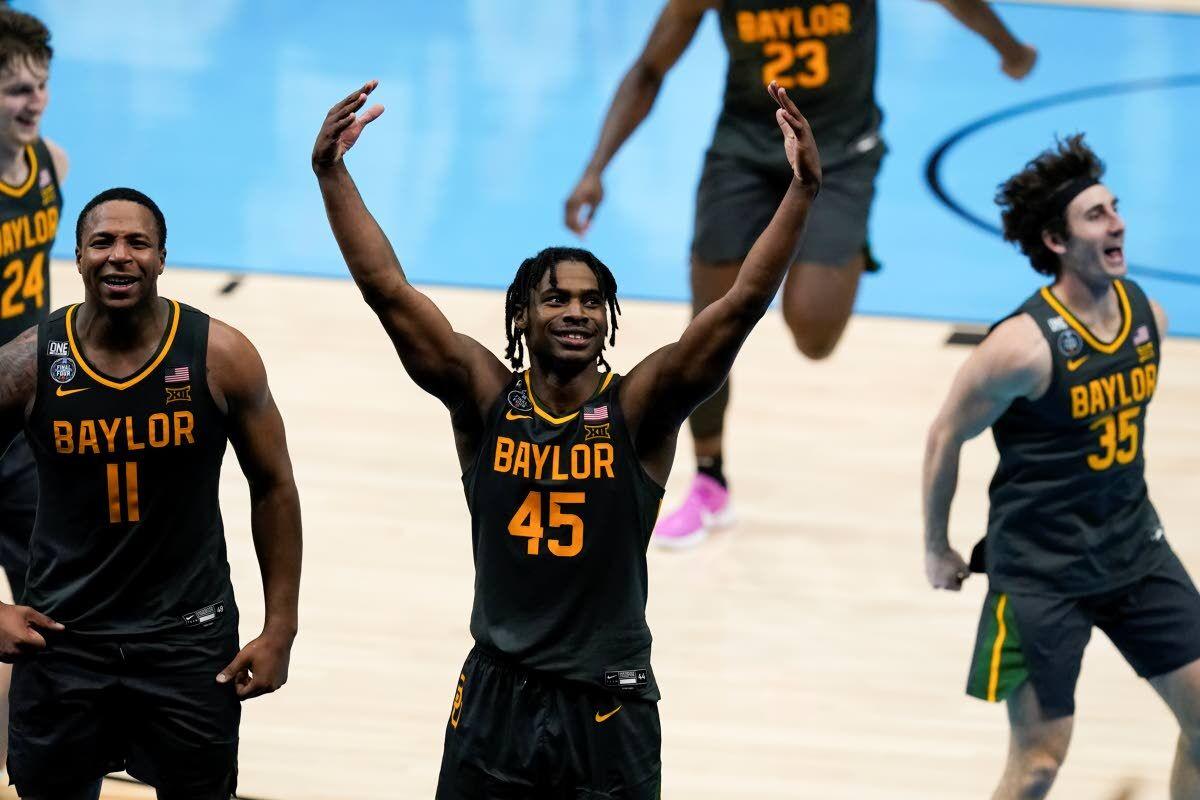 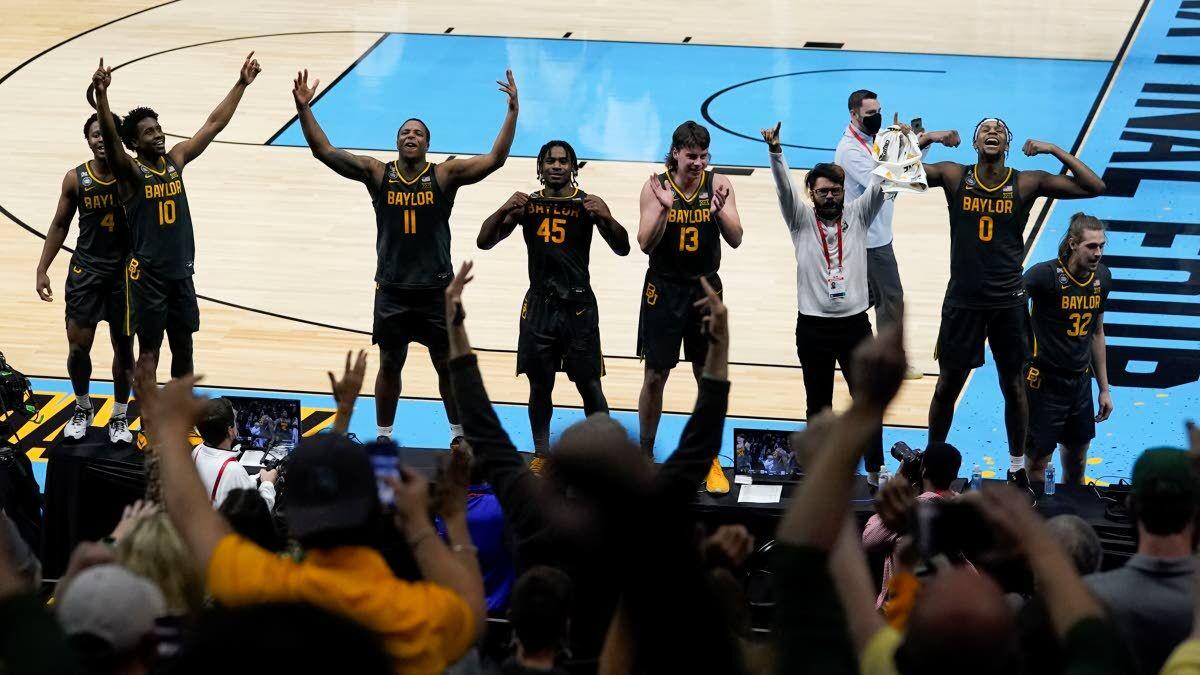 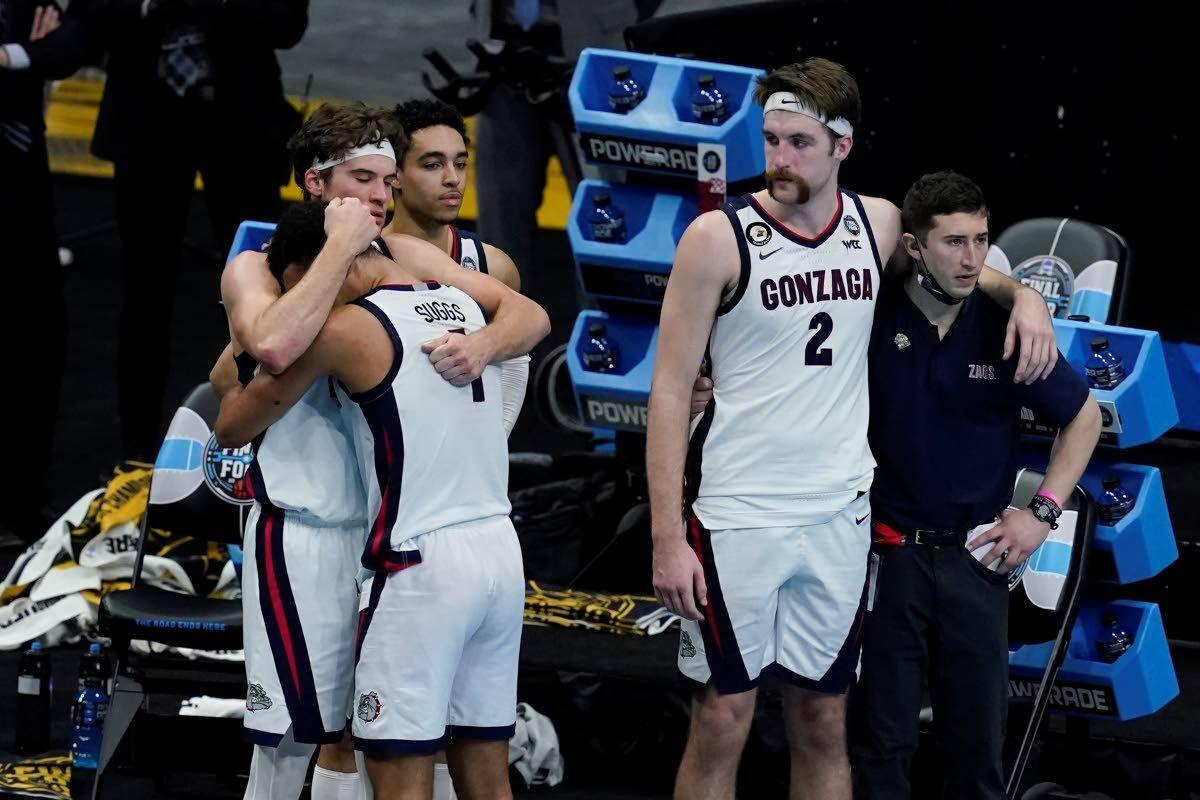 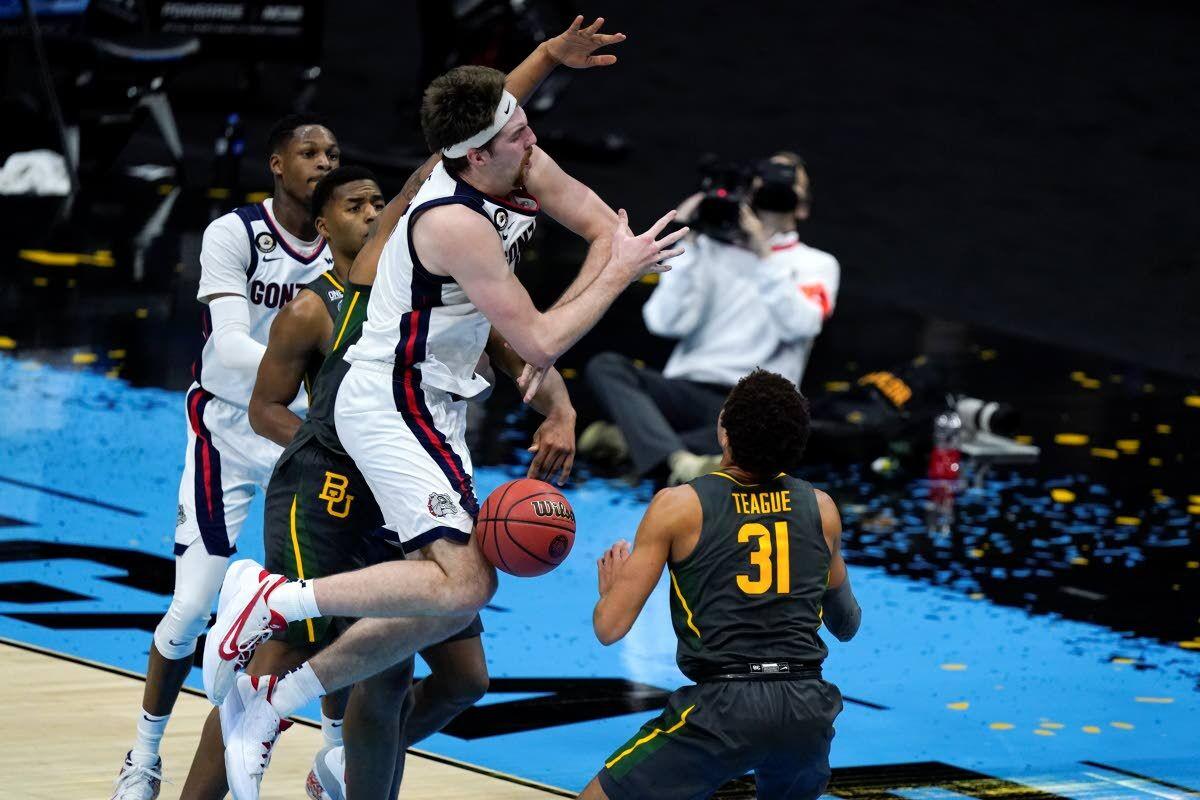 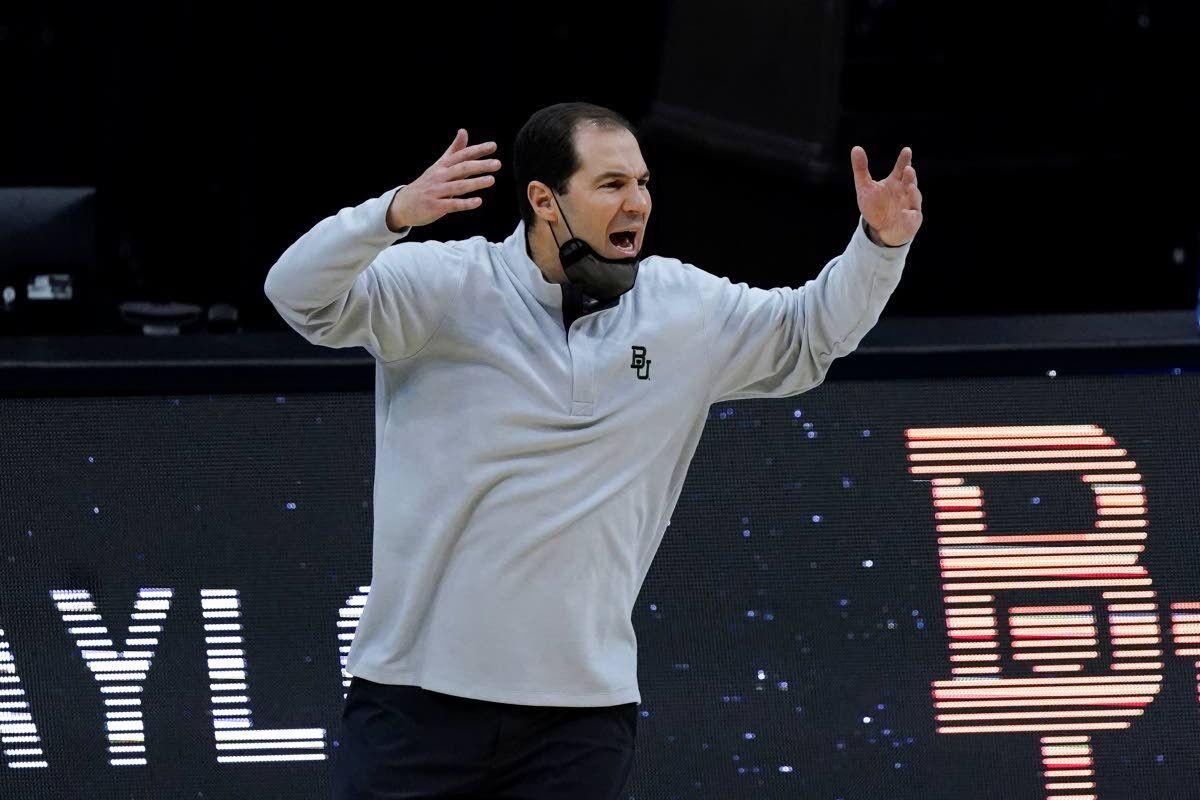 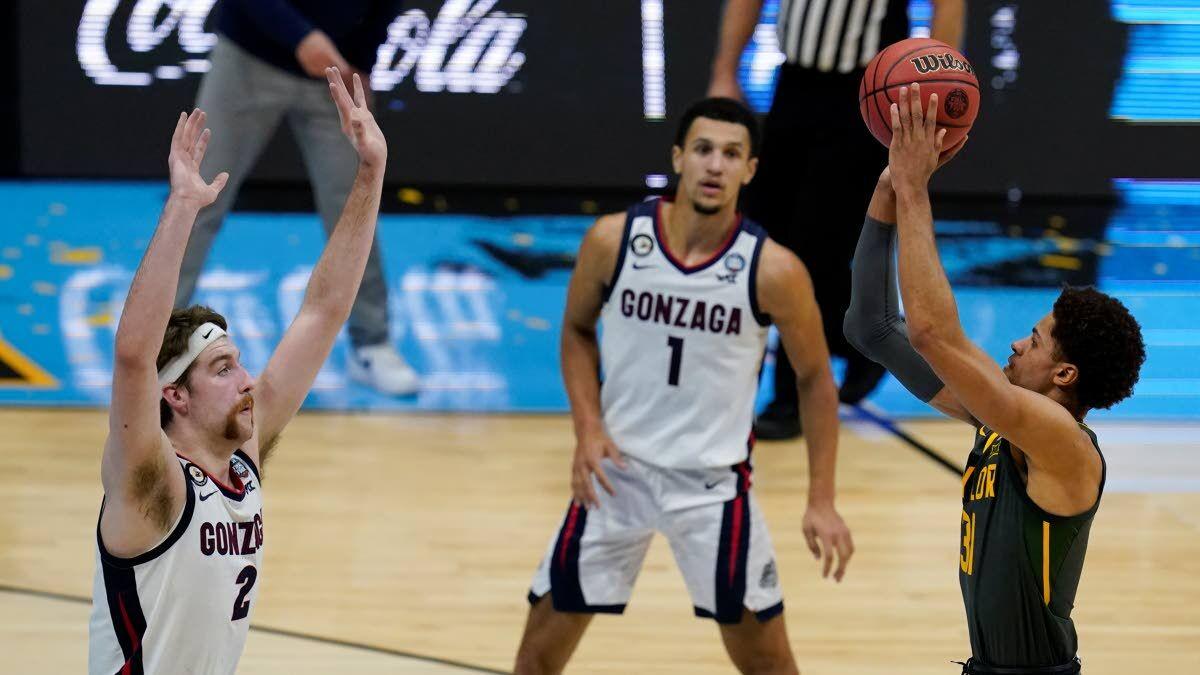 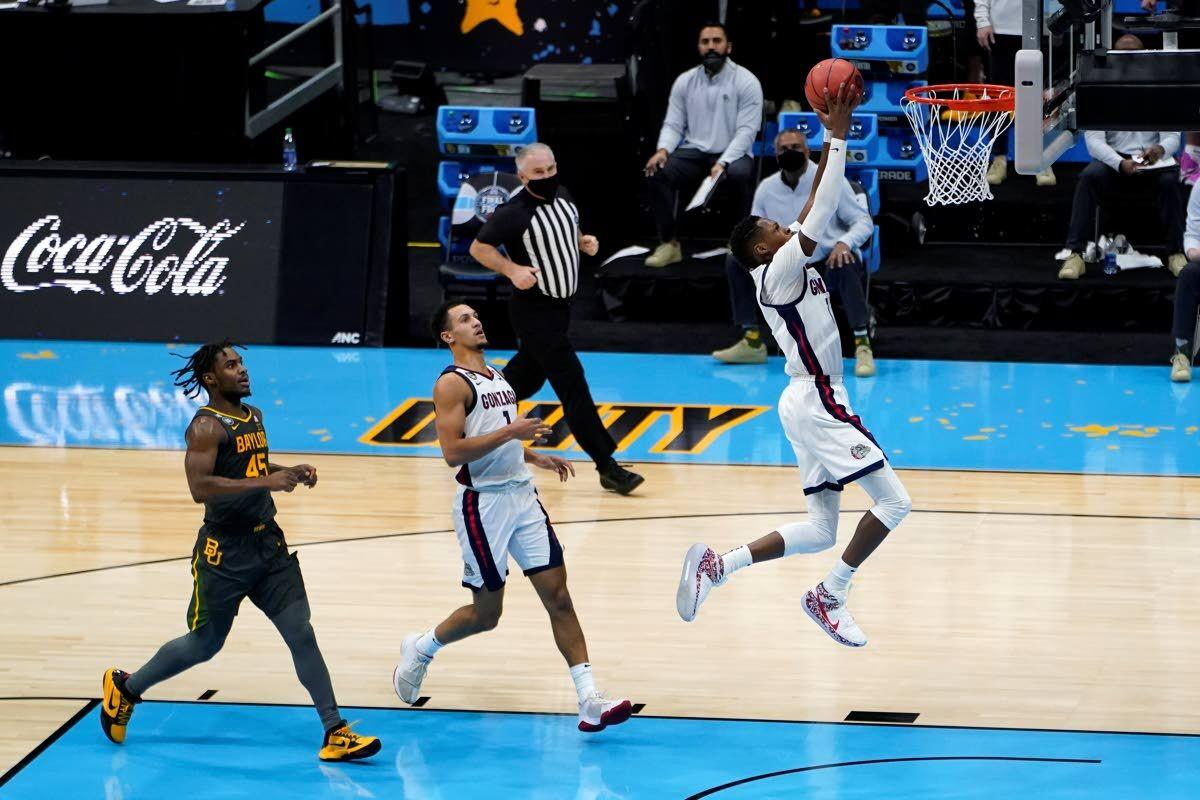 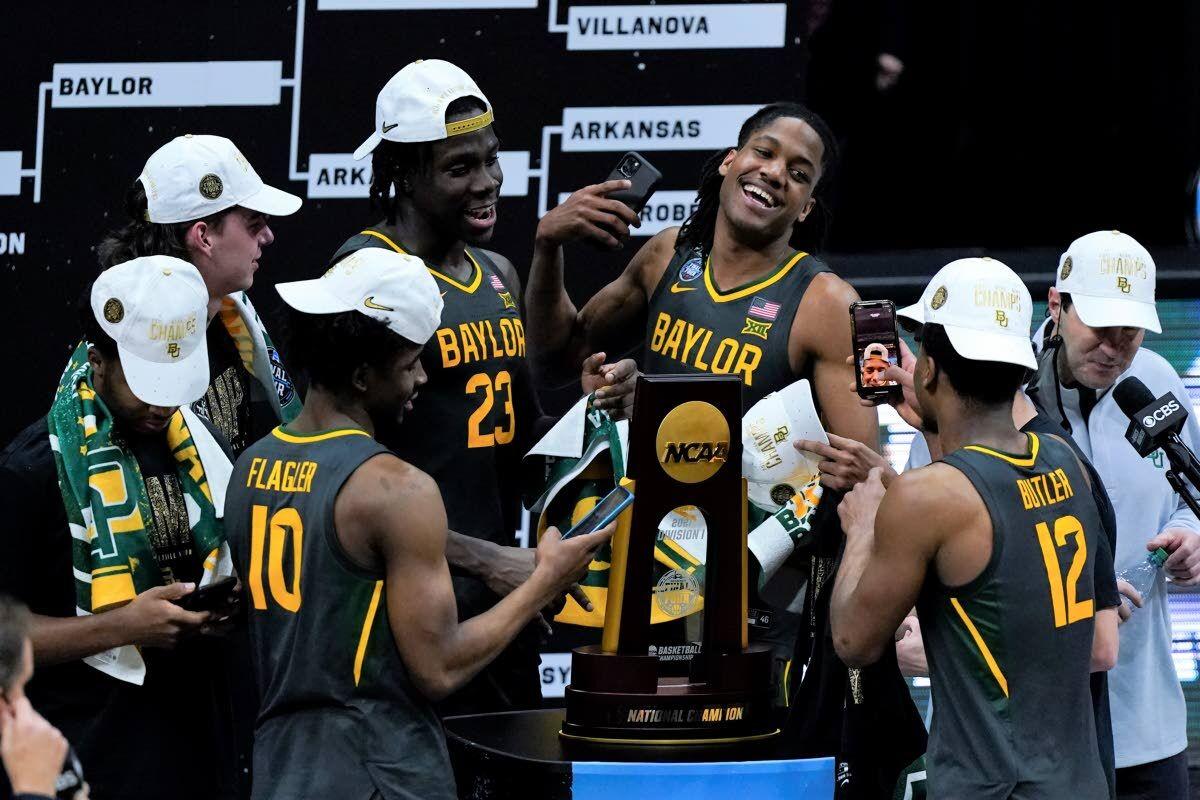 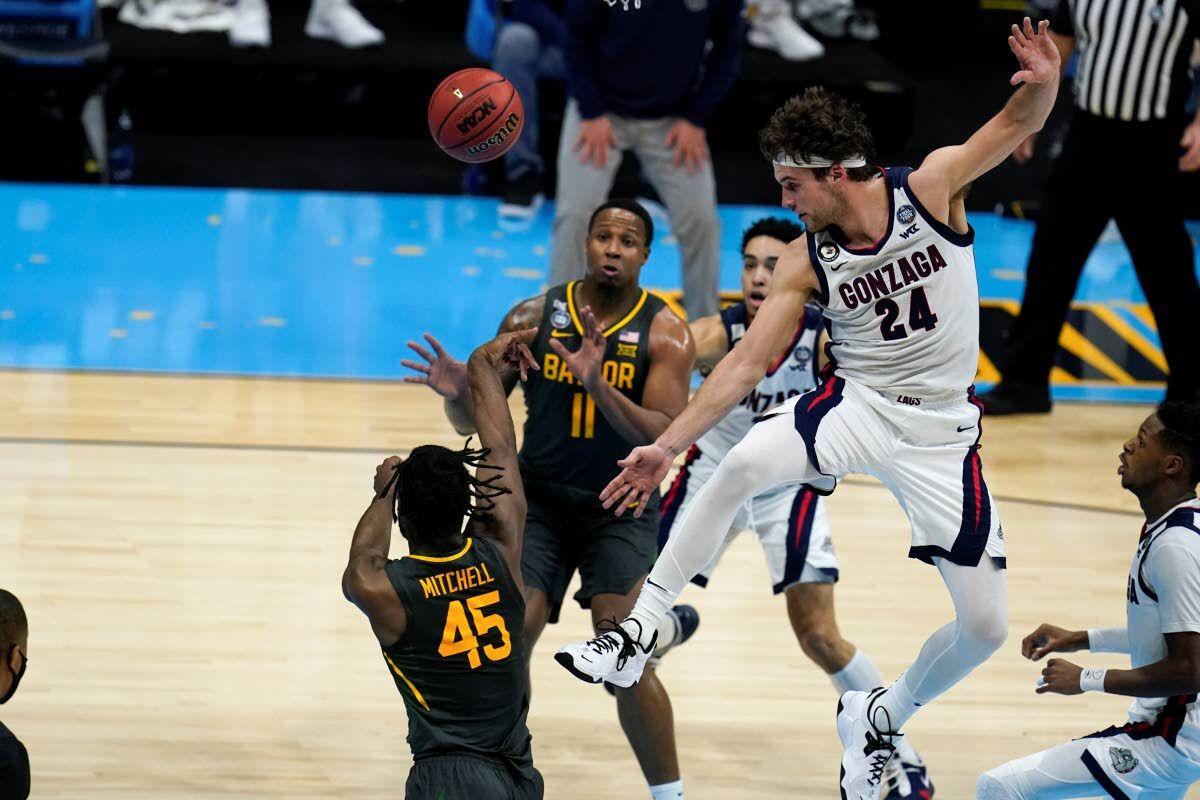 INDIANAPOLIS — Heck, everyone’s entitled to an off night. But that beatdown Baylor put on undefeated Gonzaga with the national title on the line — nobody saw that coming.

Jared Butler scored 22 points and MaCio Teague had 19 for the Bears (28-2), who were ranked second or third in the AP poll all year long — but never first, all because of one team.

Pounding the offensive glass and scrapping for — and winning — the lion’s share of the 50-50 balls, Baylor never let this one come down to a Jalen Suggs miracle. The Gonzaga freshman’s buzzer-beater from near the half-court logo got the Zags to the final in a game that stood as their first true test of the season.

They passed against UCLA. Against Baylor? Not even close.

After running to a 19-point lead early, the Bears never let Gonzaga get any closer than nine. Butler made four 3-pointers and added seven assists, and was named the Final Four’s most outstanding player.

“They came out, they fed off each other, we got off to a great start and defensively, we’re pretty good,” Baylor coach Scott Drew said.

Guard Davion Mitchell — nicknamed “Off Night” because so many opponents encounter one when they go against him — finished with 15 points and did his best on Suggs. The freshman finished with 22 points — most of them after the Zags were well into desperation mode — and likely will be heading to the NBA lottery next.

Gonzaga’s first loss in 32 games this season — 36 dating to 2019-20 — leaves Indiana’s 1975-76 team as the last to go undefeated. If Scott May, Quinn Buckner and the rest of coach Bob Knight’s team were keeping champagne cold to celebrate — a la the perfect ’72 Miami Dolphins — they could’ve uncorked it by halftime.

He tried hard to breathe some fire into his teammates, or the Zags fans — who made about as much noise as the cardboard cutouts that were scattered through Lucas Oil Stadium to make it seem full.

“Let’s .... go!” Suggs screamed after he got fouled on a layup early in the second half. He missed the free throw.

But more than anything in the title game, it was Suggs’ memorable basket two nights earlier that laid the groundwork for this one. His bank shot at the buzzer capped one of the most riveting college basketball games ever. Back on the floor about 46 hours after that emotional roller coaster, it was clear the Zags were gassed.

“Obviously, it’s a tough turnaround, but it was more just the aggressiveness and athleticism of Baylor,” Few said. “They deserved it. Quite frankly, they were terrific” the entire tournament.

Baylor outscored all six of its opponents by an average of 15 points.

The sequence that best illustrated the energy gap came about six minutes into the contest when Jonathan Tchamwa Tchatchoua slapped the ball out of Drew Timme’s hands and the Bears worked the ball ahead to Mitchell. He missed a layup, but Tchamwa Tchatchoua got the offensive rebound and fed Adam Flagler for a 3.

Gonzaga was practically just standing there for it all.

This was one of the most-anticipated finals in recent history, a meeting of the two best teams from the last two seasons — this one and 2020, when COVID-19 scrapped the action before tournament time. They were scheduled to meet this season in Indy, on Dec. 5, but a COVID-19 outbreak on the Gonzaga team ended those plans.

But the game didn’t live up to the hype, and it was out of hand early.

Baylor had nine offensive rebounds in the first half that led to nine second-chance points, and wore down the Zags on defense. Gonzaga shot 54% from the floor over the first 20 minutes but Baylor had 16 more attempts — the kind of math that doesn’t add up for a team playing in the title game.

One glimmer of hope for the Zags came when Tchamwa Tchatchoua joined another Baylor big man, Flo Thamba, on the bench with four fouls with 14:43 left.

Andrew Nembhard’s basket on the next possession cut Gonzaga’s deficit below double digits for the first time since early. Baylor answered with a 9-2 run punctuated by Mark Vital’s rejection of Corey Kispert, then a fast break that led to an easy 3 from Flagler.

It was over from there. Yes, Gonzaga might have been the year’s most watchable team with its dramatic run at perfection, to say nothing of the shot of the tournament.

But it was Baylor, not Suggs, jumping on top of the scorer’s table and cheering for the fans. And those were the Bears cutting down the nets.

This marked the culmination of an 18-year rebuild, the likes of which no program has ever seen.

Drew took over a roster with only seven scholarship players and a team staring at years of NCAA probation in the wake of the murder of player Patrick Dennehy by a teammate in 2003. The Bears won only 21 games over Drew’s first three years.

It took a lot of imagination and more than a little faith to believe a day like this might happen.

It took the same thing to hang a loss on the Bulldogs.

But that kind of loss? Only Baylor could’ve seen that one coming.