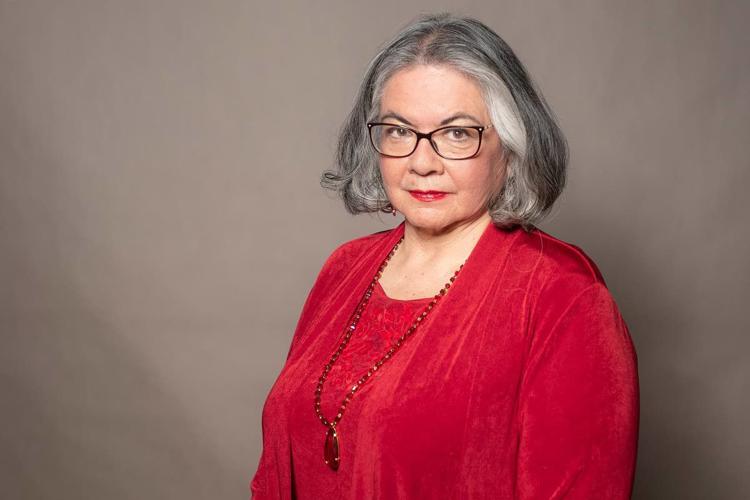 Robbie Paul, the former director of Washington State University’s Native American Health Sciences program in Spokane, is an expert in intergenerational trauma. She has gone on her own journey to heal the wounds she inherited from her Nez Perce ancestors. 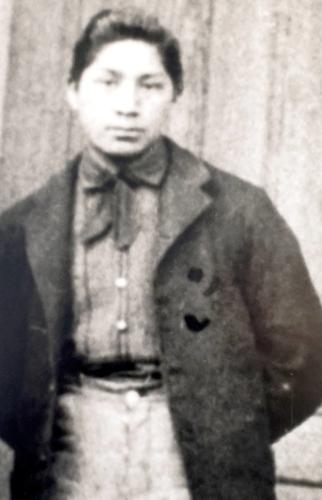 This portrait of a young Jesse Paul is included in the exhibit "Grandfather's Trunk: Spirit of Survival," currently on display at Washington State University's Terrell Library's Manuscripts, Archives and Special Collections.

Robbie Paul, the former director of Washington State University’s Native American Health Sciences program in Spokane, is an expert in intergenerational trauma. She has gone on her own journey to heal the wounds she inherited from her Nez Perce ancestors.

This portrait of a young Jesse Paul is included in the exhibit "Grandfather's Trunk: Spirit of Survival," currently on display at Washington State University's Terrell Library's Manuscripts, Archives and Special Collections.

As she struggled through a difficult divorce, Robbie Paul noticed that some of her depressive episodes weren’t linked to her crumbling marriage.

The pain she felt came at certain times of the year, when other family members also exhibited signs of depression.

Paul began to sift through her history to discover her own identity as a Native American woman. She found the episodes of sadness coincided with traumatic events her Nez Perce family members lived through. That historical trauma had been passed down to her from generations before her who never spoke in depth about the injustices they lived through.

“I started to read a book about the Nez Perce War and I found myself crying after each chapter,” Paul said. “I asked myself, ‘Why am I crying so hard?’ And I found my grandfather was a small boy during that war. It was about my ancestors who were participants in that war.”

Paul, a Nez Perce tribal member who grew up in Craigmont, said historical, or intergenerational trauma, is passed on because genes carry the memory of unresolved trauma. It can lead to depression, substance abuse, post-traumatic stress disorder and health complications, like diabetes.

Although the concept is gaining traction in “Indian Country,” it remains less talked about in mainstream society, Paul said.

Paul retired from the Spokane campus of Washington State University in 2016. She was the director of Native American Health Sciences. Since that time, she has held seminars and workshops throughout the region to bring light to the issue of intergenerational trauma.

“As a humanity, we have a ways to go in understanding how we relate to each other and how to have respect for each other,” Paul said. “When we have empathy for the other, we can share and grow in understanding and allow our differences to be allowed and respected.”

As Paul worked her way through the Lewiston School District, she did her best to fit in with her peers. She didn’t wear Indian jewelry and changed her appearance.

“I tried to be short, blonde and petite,” Paul said.

“I kept hearing all my life growing up that Indians are dirty, lazy, good for nothing, fat, drunk, heathen,” Paul said. “I tried not to be that.”

The trend of being “short, blonde and petite” continued after she graduated from Lewiston High School in 1967 and through her first marriage, which ended in 1990.

“I needed to acknowledge who I am and where I came from, so that began the journey that has been ongoing since,” she said.

Paul, who was at times labeled a “half breed,” came from mixed parents. Her white mother, Maxine, married her father, Titus, who was full-blooded Nez Perce in 1931, at a time when many states considered interracial marriage illegal.

The historical trauma she has experienced is layered throughout her father’s side of history.

“There’s first contact (between white settlers and American Indians), then Lewis and Clark came upon us, the fur traders, the missionaries, the government treaties, war and boarding schools,” Paul said. “There’s so many layers and if things don’t get resolved in each generation or each time it happens, it just builds.”

The process of healing

Healing, much like intergenerational trauma itself, is a cumulative process that takes time, Paul said.

She has come up with a way to help overcome historical trauma, but she warns it may not work for everyone.

As she progresses through her own traumata, Paul has visited sites where her family members witnessed death, or injustices, on or near the anniversary dates of the events.

Her grandfather, Ka-khun-nee, or Black Raven, lost his five siblings during the war. He was later enrolled in the Carlisle Indian Industrial Boarding School in Pennsylvania, where he was stripped of his buckskin, given a bath, a haircut and his new English name of Jesse Paul.

“This is what happened to my grandfather merely because he was Indian, and that’s traumatic,” Paul said. “It got passed down to me because that’s the part that did not get talked about.”

As Paul visits the sites of the Nez Perce War, she participates in a ceremony and tells the story of her ancestors. That’s allowed her to start the process of forgiving and letting go, she said.

“Putting my story together is part of the healing journey,” Paul said. “And 90 percent of healing is being listened to.”

By sharing her family’s history, Paul said she’s stopped the cycle of abuse, and has begun to heal the wounds that were caused.

She’s also learned some important lessons about humanity as a whole.

“We are all human beings,” Paul said. “No one is better than the other and we have to learn and respect to honor each other’s likenesses and the differences, because we are more alike than we are different.”