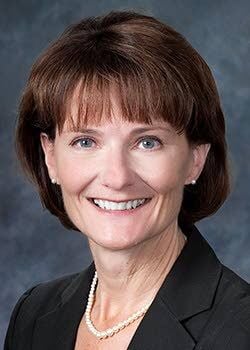 The announcement came just hours after Idaho Gov. Brad Little said those 16 years or older with an underlying health condition will be eligible to receive the vaccine beginning Monday, and all people 16 and older can get a shot starting April 5.

All previous phases are still eligible and encouraged to schedule an appointment if they have not already, according to a the Public Health news release.

“Public Health – Idaho North Central District and our community partners have both supply and appointments available but continue to see a decline in demand,” said Carol Moehrle, district director. “After assessing the situation with our enrolled vaccine providers, we have made the decision as a group to move forward to include everyone aged 16 and older.”

Little urged residents to get vaccinated.

“Folks, with each passing week as more and more Idahoans choose to get vaccinated, we get closer to returning to normal,” Little said in an online announcement. “The COVID vaccine really is our best shot at protecting jobs and saving lives.”

After he spoke, state health officials told reporters that they are speeding up eligibility because there appears to be reluctance among some Idaho residents to get the vaccine and because there are increasing supplies of vaccine doses arriving into the state.

He said there is a minority of Idaho residents who would never get the vaccine because they don’t believe in vaccines. He said a larger group believes in vaccines but is waiting to see how the coronavirus vaccine works. He said a third group of people identified by officials feel they are too busy to get the vaccine.

“Our advertising campaign will be targeting, really, those last two groups encouraging folks to come in,” Jeppesen said.

Nearly 250,000 Idaho residents are now fully vaccinated and another 145,000 have received the first dose of vaccines requiring two doses. About 1.8 million people live in the state.

State officials said that about two-thirds of Idaho residents 65 and over have received at least one dose of the vaccine and almost one-third of those 55 to 64 have received one shot. But Jeppesen said the percentage of those getting vaccinated could decline among younger residents.

Jeppesen said the website could be especially helpful after April 5 for those ages 16 and 17 seeking the vaccine because currently the Pfizer vaccine is the only one cleared for use starting at age 16. He said providers with the Pfizer vaccine will be able to see on the website that there are 16- and 17-year-olds wanting to be vaccinated.

State officials said they had concerns about several variants of the coronavirus that have been identified in Idaho and appear to be the reason for high infection rates in some parts of the state.

“We are not out of the woods yet,” said Public Health Administrator Elke Shaw-Tulloch. “We need more people to get the vaccine to really feel comfortable that we are all taking all the appropriate measures to take care of ourselves and protect ourselves, especially as the variants continue to spread.”

About 180,000 Idaho residents have been infected with the coronavirus and more than 1,900 have died.

Last week, the Idaho Legislature shut down for two weeks after a COVID-19 outbreak sickened six lawmakers in the House within a week.

Also on Wednesday, eleven new cases of COVID-19 were reported in Latah and Whitman counties.

Public Health — Idaho North Central District reported 12 new cases of the disease in its five-county jurisdiction, including four in Latah County, pushing its in-county total to 2,892.

New cases included one person younger than 18, a man and a woman between the ages of 18 and 29 and a man in his 60s. According to the health district webpage, 2, 689 people in Latah County have recovered from the virus since the start of the pandemic and eight have died.

This includes four people younger than 19 years old and three women between the ages of 20 and 39. Deaths and hospitalizations related to the disease remain unchanged at 46 and 93, respectively.

Washington is in Phase 1B, tier 2 of vaccine distribution. Individuals can assess their eligibility for the COVID-19 vaccine at findyourphasewa.org.

Another website, vaccinelocator.doh.wa.gov/, has been created where Washington residents can find COVID-19 vaccine appointments in their area and check their eligibility.