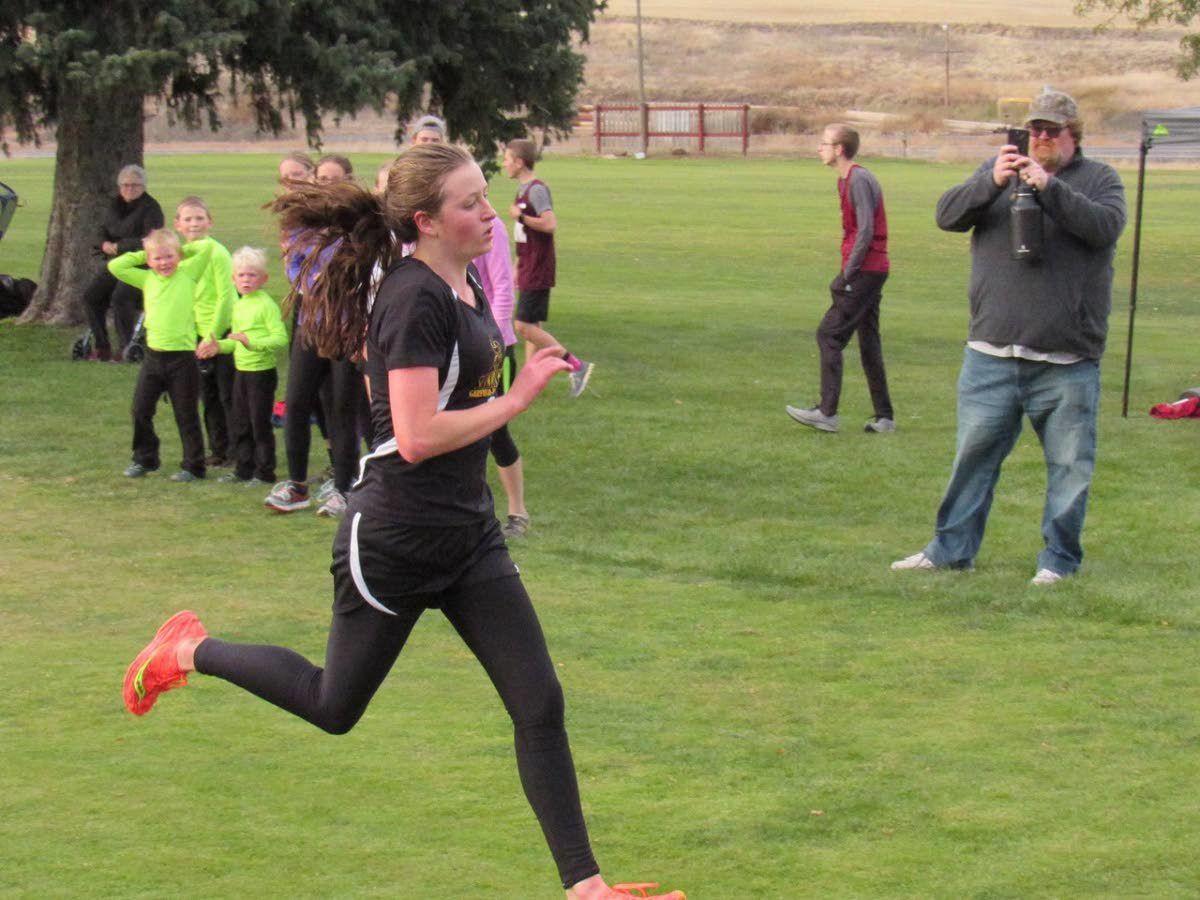 Garfield-Palouse’s Anais Mills runs at the Washington District 9-1B cross country championship race Oct. 25 at Colfax Golf Club. Mills is a State runner-up in cross country and the 1,600-meter run in track for the Vikings. 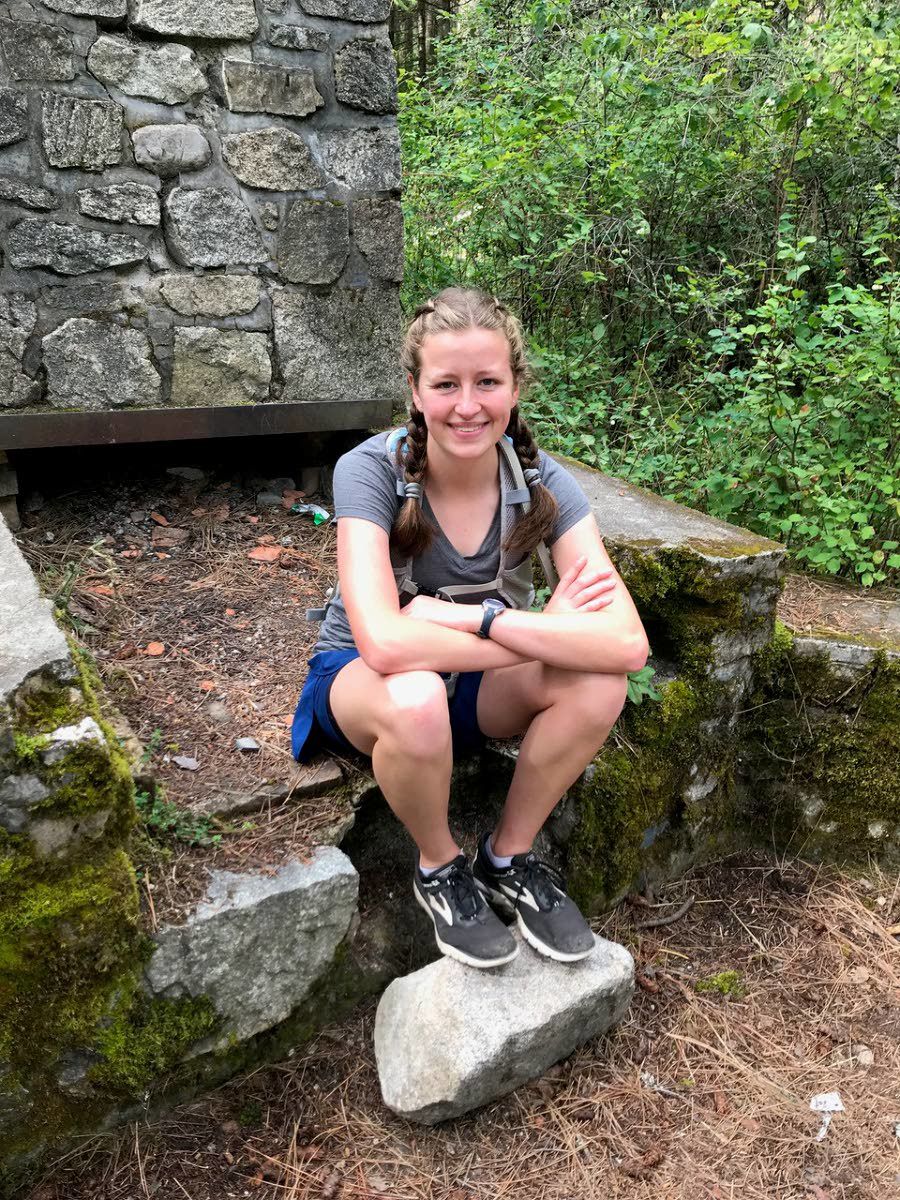 Garfield-Palouse runner Anais Mills is pictured after a training run with the Vikings. 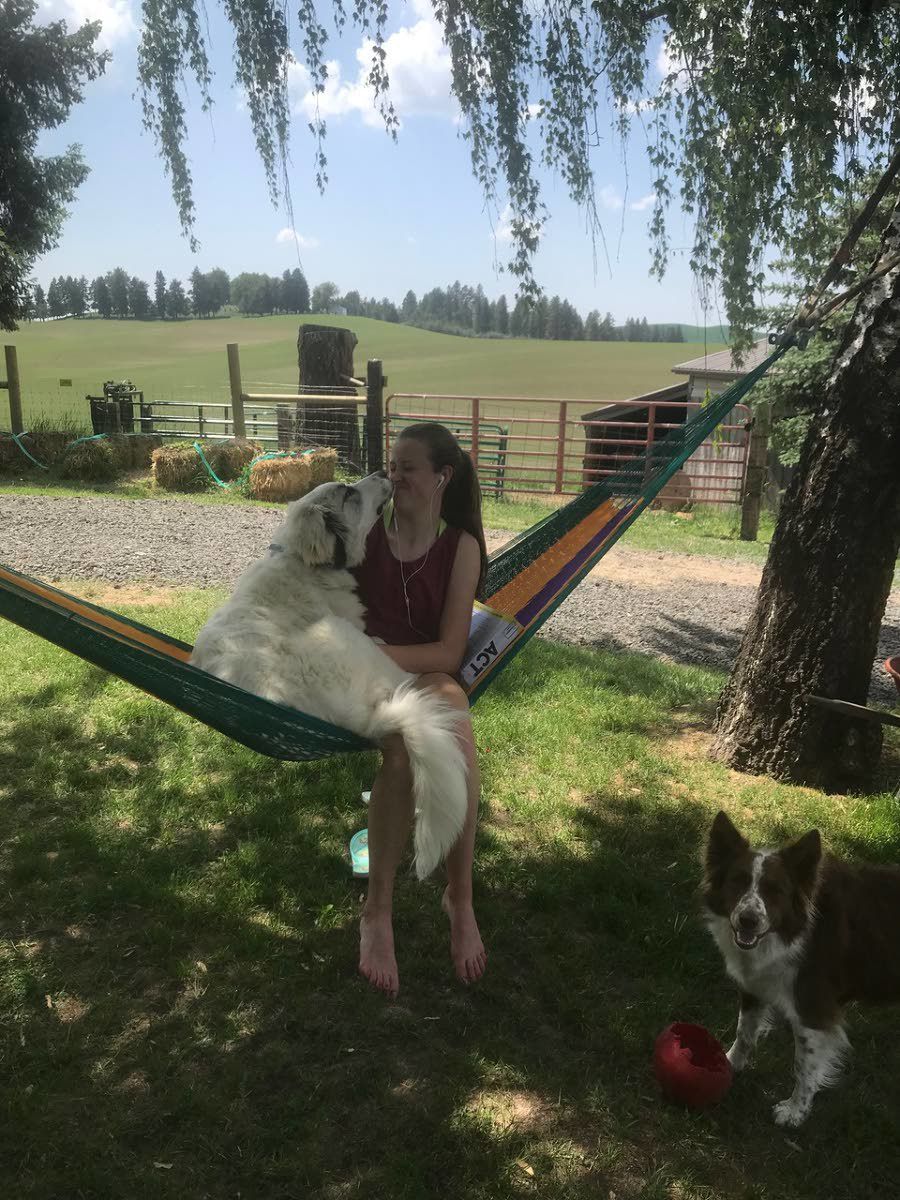 Anais Mills sits in a hammock at her home in Garfield with her dogs Arwen, left, and Ginger.

Garfield-Palouse’s Anais Mills runs at the Washington District 9-1B cross country championship race Oct. 25 at Colfax Golf Club. Mills is a State runner-up in cross country and the 1,600-meter run in track for the Vikings.

Garfield-Palouse runner Anais Mills is pictured after a training run with the Vikings.

Anais Mills sits in a hammock at her home in Garfield with her dogs Arwen, left, and Ginger.

This story is part of a series profiling high school seniors whose quests ended because of the coronavirus pandemic.

When the world turned upside down, one way Garfield-Palouse runner Anais Mills and her family coped was by joking that not much had changed for them in the landscape of the coronavirus.

After all, Mills is homeschooled — although she also is taking three classes through Spokane Falls Community College — and she and her family live on a “hobby farm” in the rural Palouse, so social distancing isn’t anything new for them.

“My family and I kind of joke ’cause we’re already pretty much homebodies, so in a way, we weren’t affected too much,” Mills said.

But Mills still was nervous about a transition to online classes for her college courses, and of course, she misses her friends and being able to run for the Vikings track and field team.

Mills is an accomplished runner for Gar-Pal with State runner-up medals in cross country and the 1,600 meters in track, and a third-place showing in the 3,200.

Like athletes all across the country, she is missing out on her senior season in her spring sport.

But she also realizes she is living in the middle of a big moment in history, which helps her see the bigger picture outside her own personal bubble in Garfield.

“We’re living history, and I think that’s pretty awesome to be able to experience that,” Mills said, “because I was talking with my grandfather, and he was like: ‘I’ve lived through JFK’s assassination, I’ve experienced the riots in Washington, D.C., (but) I have nothing to compare to what we’re living in now.’ It’s quite an amazing time.”

As a small-school distance runner, Mills is used to having to push herself to accomplish her goals.

Growing up, she often was the only girl on her middle school or high school track and cross country teams. Mills won five cross country races in 2019 and in three of those, the closest competitor was more than a minute behind her.

“It’s kind of nice because I (get that) mindset where my mind just goes blank and I just run,” Mills said. “I don’t feel pain, I don’t feel tired, I just go.”

These days, Mills is staying busy with her training, online courses and work on the farm. Her day typically starts at 5 a.m. with a Bible study, then morning chores. She goes for a run around 7 a.m., then starts her schoolwork at 8:30 a.m.

“And then do more chores, maybe watch a movie or read a book, and then go to bed,” Mills said. “That’s my day.”

Her family of four owns a three-acre farm with three cows, four goats, four dogs, three cats and “too many chickens to count.”

Mills does her runs on the rural roads and abandoned train tracks around her home.

“Anthropology is probably my top one,” Mills said. “I really enjoy the holistic approach that the researchers in anthropology have to take. They have to take into consideration not only the physical environment, but also the mental environment of someone, their health, their culture, their language … that really draws me to it.”

In the fall, Mills will attend Multnomah University — a private NAIA school in Portland. She plans to major in global studies.

She said she’s looking forward to being on the team. Her favorite high school season was her cross country season in the fall when she competed with a full girls’ team at Gar-Pal.

“It was a new experience running and it was awesome because I had a team with me,” Mills said. “It was amazing to be able to have that support as part of a team.”