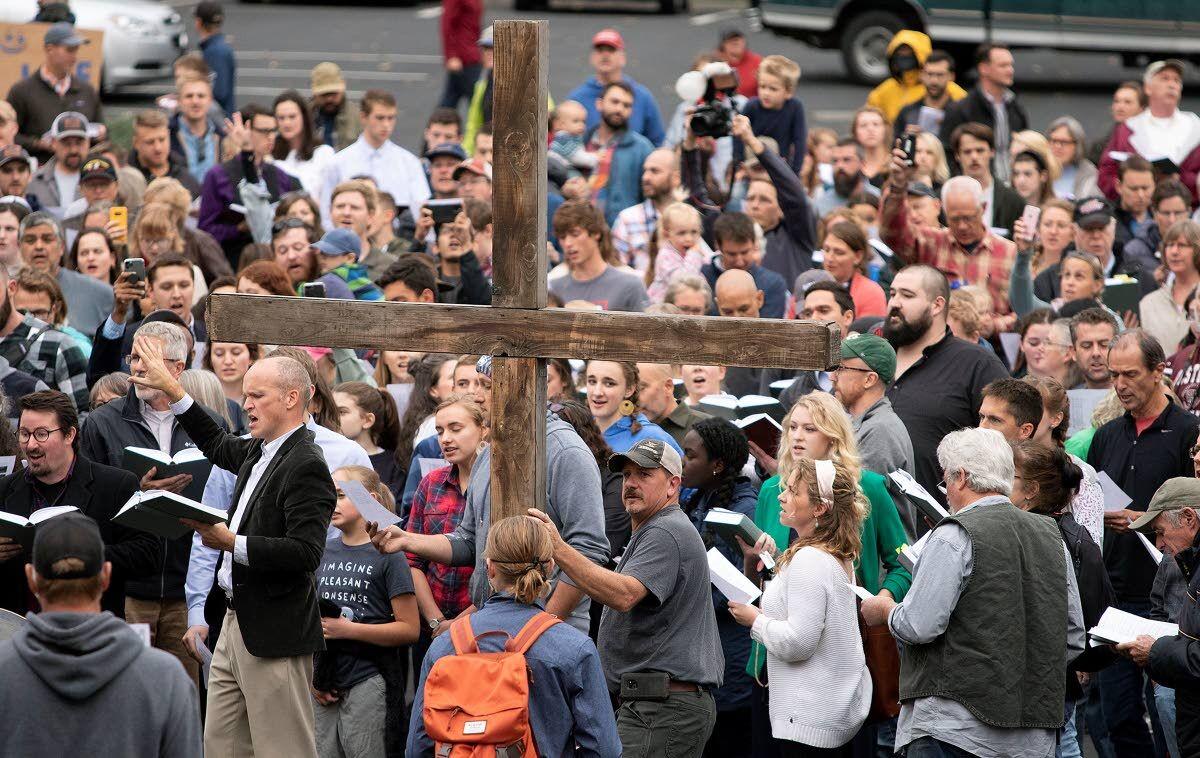 Members of Christ Church sing over the noise from counterprotesters playing drums during “psalm sing” on Friday outside Moscow City Hall. 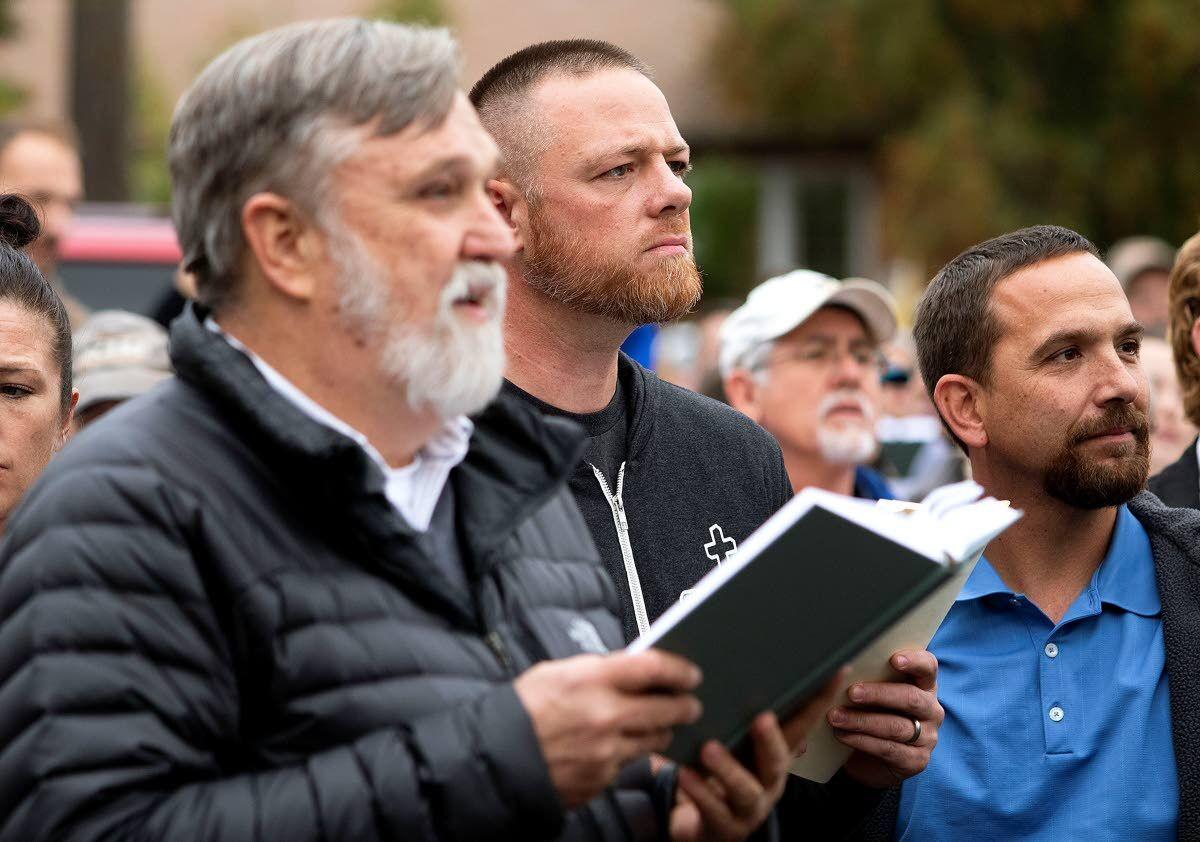 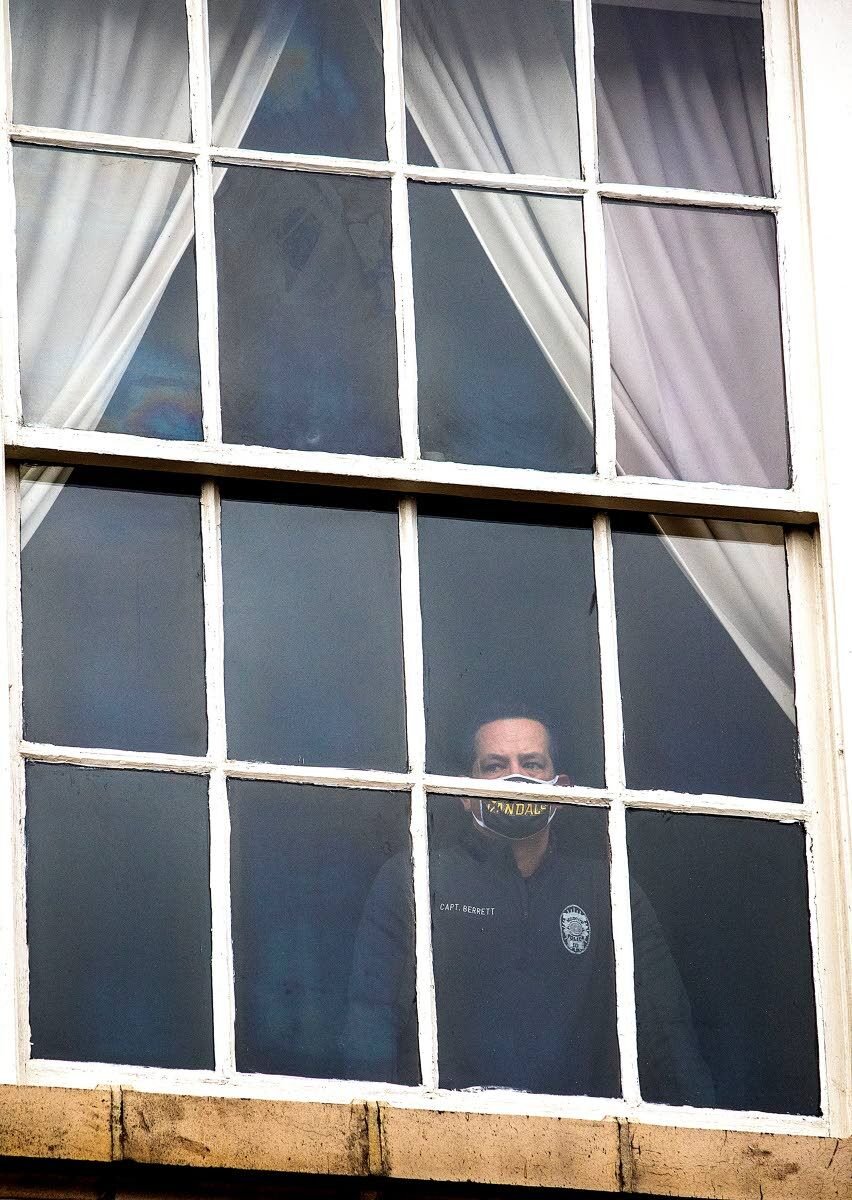 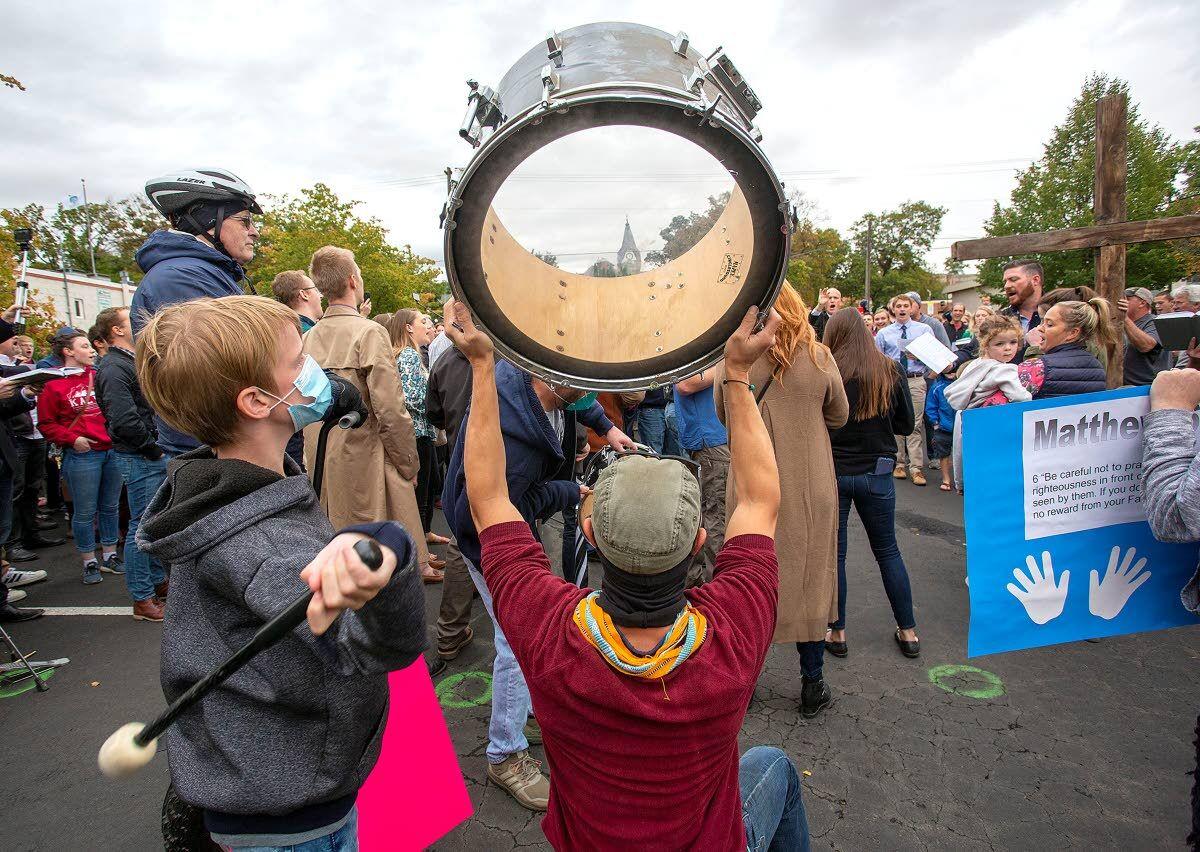 Members of Christ Church sing a hymn over the noise from counter-protesters playing drums during "psalm sing" on Friday outside Moscow City Hall.

Members of Christ Church sing over the noise from counterprotesters playing drums during “psalm sing” on Friday outside Moscow City Hall.

Members of Christ Church sing a hymn over the noise from counter-protesters playing drums during "psalm sing" on Friday outside Moscow City Hall.

There were no arrests or citations Friday in the Moscow City Hall parking lot as roughly 400 maskless Christ Church members and others sang psalms to the scattered backbeat of banging drums played by those in support of Moscow’s face mask order.

It was Christ Church’s second “psalm sing,” which was also intended as a protest against the city’s mask order.

Moscow Police Department Chief James Fry said three to five officers were in the area but none could be seen in the parking lot.

Fry said the minimal police presence was to allow the situation, which has garnered national attention, to calm and to allow the citations that were given Wednesday to go through the court process. He said police will still respond to alleged mask order violations.

The parking lot was divided with singers on the east end and roughly 40 masked people who were mostly socially distanced on the west.

Brian Bedard, a masonry contractor from Lewiston, stood in between the two sides with a 10-foot tall wooden cross.

“It’s about Christ and that’s why I’m here,” Bedard said.

Some of the 40 people held signs like “Love your neighbor, wear a mask” and “Keep schools open, wear a mask.” Another person on the perimeter of the parking lot held a sign that read “I like tacos.”

The singers recited three psalms and ended with the “Doxology.” About eight people banged on drums or cymbals next to the singers.

“It shows the contrast between pretty music and what godlessness looks like,” Rench said of the drum banging. “Godlessness is ugly. It doesn’t produce pretty noise. And it was actually kind of a funny contrast between what was going on between our beautiful singing and their ugly protest.”

Sean Bohnet, a Christ Church member who was cited for allegedly violating the mask order Wednesday and was taken to jail, sang proudly Friday.

“I really love to sing,” Bohnet said. “I’m a music teacher in town and always come to psalm sings.”

He said he also wanted to show his disagreement with the mask order, which he called “tyrannical.”

Bohnet said the loud drum banging was “not very classy” and that many of the drummers did not appear happy.

“At certain points, she was tapping in rhythm with the music, which I thought was very helpful,” Bohnet said of one of the people playing a cymbal.

Protesters try to drum out crowd