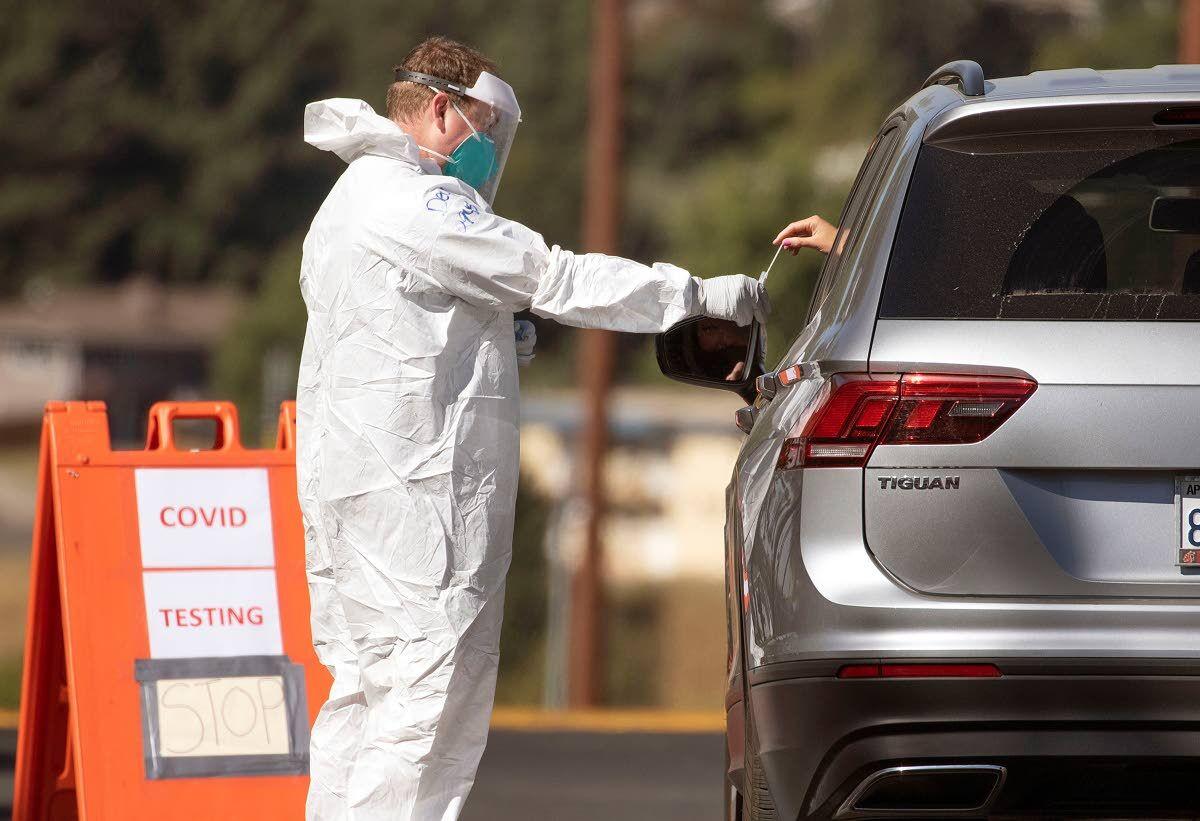 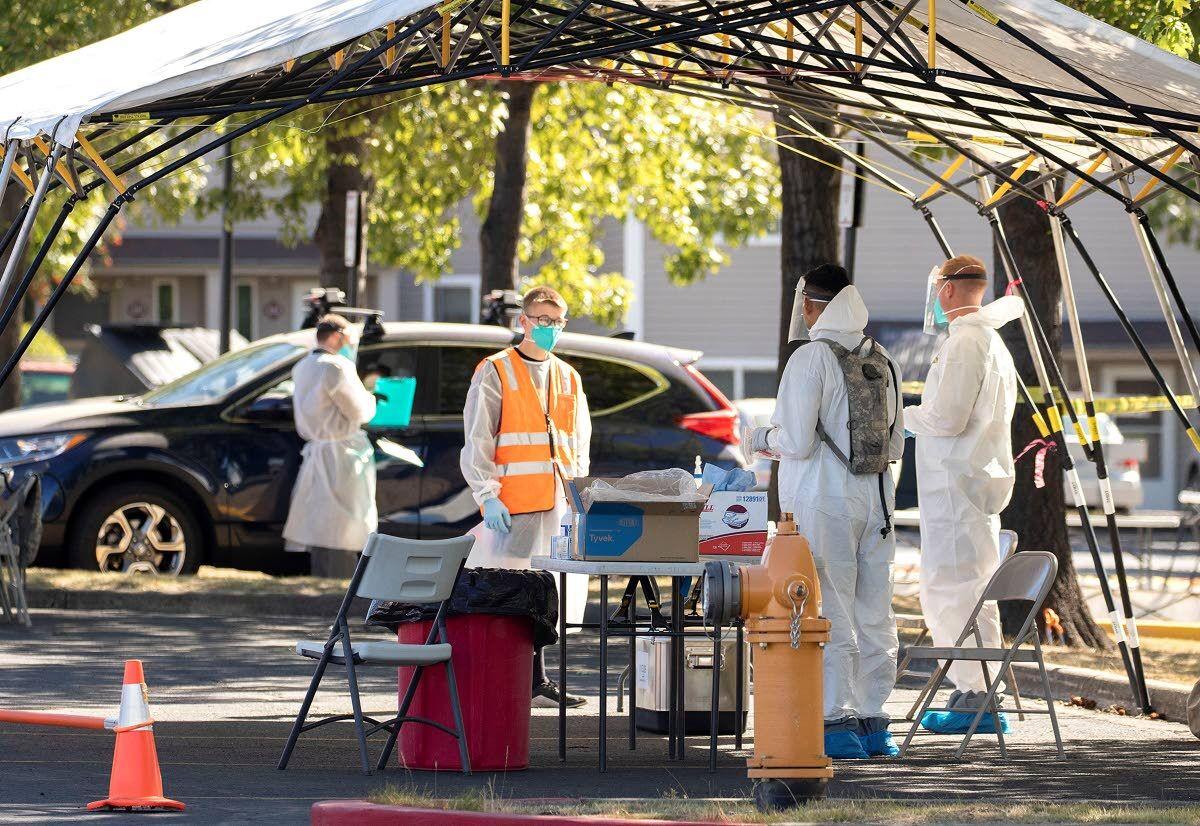 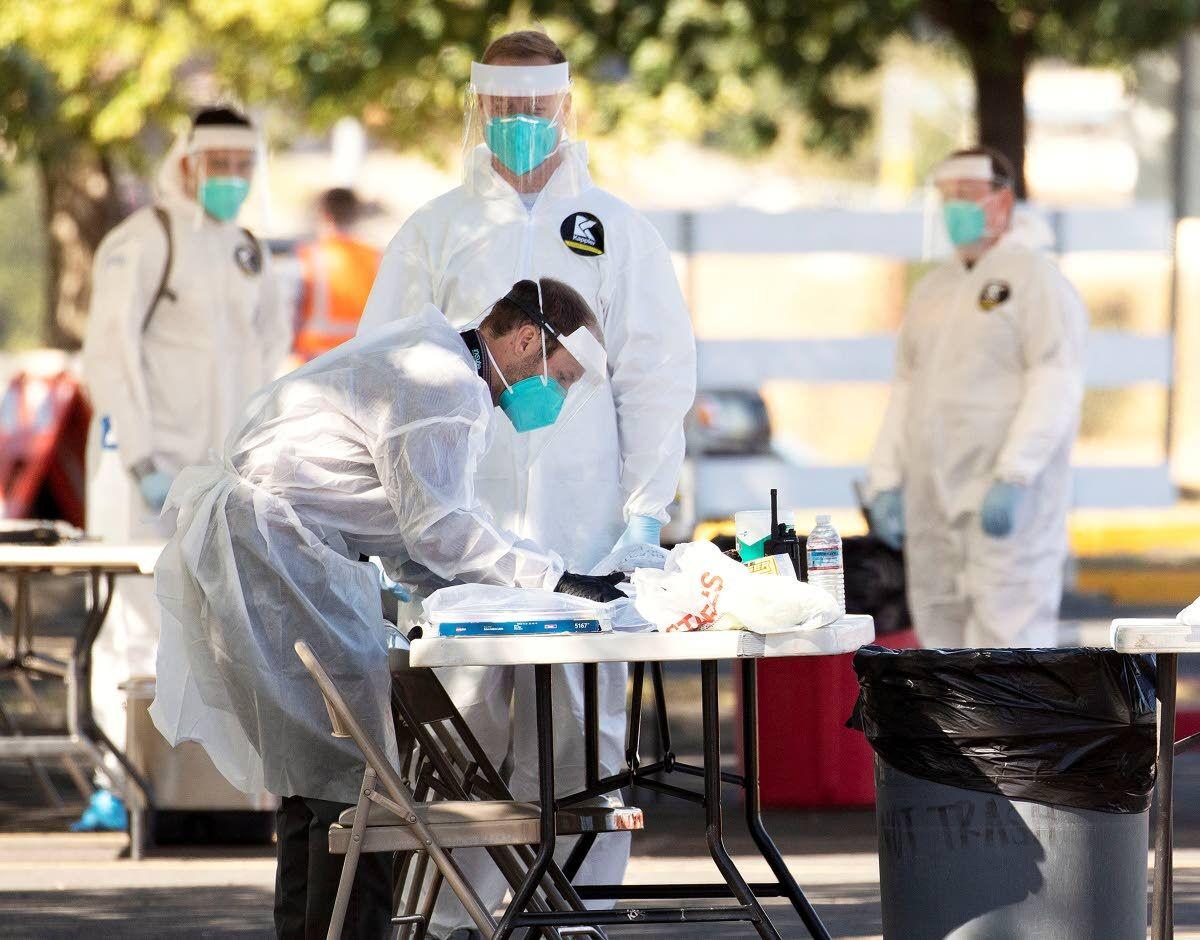 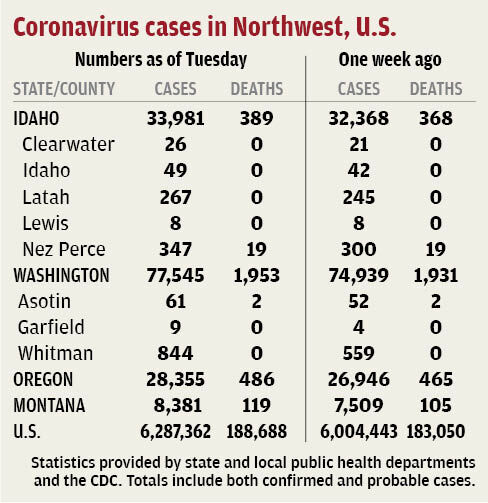 Two new COVID-19 testing sites set up shop in Pullman on Tuesday as Washington State University and the City of Pullman continue to grapple with one of the highest rates of infection in the country.

As of Tuesday, Pullman placed second in the nation on a New York Times list of metro areas with the highest number of confirmed COVID-19 cases relative to their population in the past two weeks.

In response to rising rates, WSU established a new walk-up testing site in a collection of cream-colored tents outside of its Cougar Health Services facilities and worked with a group from the Washington National Guard to set up another, off-site location for testing students. According to 2nd Lt. Megan Zurliene, the group in Pullman is composed of 25 people from multiple units and is one of five teams helping bolster testing availability in the state.

Zurliene said these teams have learned a great deal since their mission began in April.

“We’ve definitely learned how much it can help a community, being out here — you do worry that communities don’t want the testing because then numbers go up and then things are shut down longer, but we’ve been welcomed,” she said. “This is our fifth site now and we’ve been welcomed by every single community — they’re grateful to have us here and it really helps with our soldiers and airmen.”

The Guard’s testing site is only available to WSU students 10 a.m. to 3 p.m. Tuesdays through Saturdays and will be located in the parking lot of the Steptoe Apartments at 1630 NE Valley Road for the rest of the week. WSU Spokesman Phil Weiler said after this first week, the National Guard team will relocate to other sites situated near student residences for a week at a time. He said only two additional sites have been identified as of yet but the guard team could stay in Pullman through the calendar year if local infection rates do not relent.

Weiler said Pullman’s position on the NYT’s list is concerning, but there’s still time to turn things around — particularly if students can be convinced to augment their behavior and avoid large gatherings.

“What that means to me is we need to be testing more students. Our goal is to have every student in Pullman tested at least once during the month of September,” Weiler said. “In order to help do that, WSU is now paying the cost of those tests. It’s about $100 apiece per person — we’re going to cover those costs so that we can get as many people tested as possible.”

More than one WSU student expressed surprise that Pullman has one of the most aggressive infection rates in the country, noting the wide promenades and walking malls on campus have been largely deserted this semester since the school moved fall classes online. Others said even with instruction being delivered remotely, students have not given up on gathering.

Complaints of large, loud parties flouting state guidelines on masks and gathering in large groups have been a common feature of Pullman Police logs in recent weeks.

“It does surprise me a little bit but not as much as it should,” said master’s student Kayla Brown. “I think people enjoy making WSU a party school, even though there’s so much more here to offer than that — I think it’s just a lot of people being young and reckless.”

Whitman County officials say a sharp drop in the number of COVID-19 cases the past two days is no reason to think the virus is under control.

The county reported six new cases of the virus Monday and another nine on Tuesday. That’s down from 56 on Saturday and a record 67 on Sunday. However, Whitman County Public Health Director Troy Henderson said the sudden decrease most likely stems from delays in reporting lab results. Moreover, with the National Guard beginning to test students this week, he expects the caseload to continue to climb.

“We anticipate higher numbers,” Henderson said. “We should probably start seeing that Thursday or Friday, although that depends on how much use there is (of the WSU testing). But we don’t have any reason to think the number of cases is going down.”

As of Tuesday, Whitman County reported a total of 844 COVID-19 cases — an increase of 713 cases or 544 percent since the county surge began three weeks ago.

As has been the case throughout the pandemic, Henderson said most of the people being infected in Whitman County have experienced relatively mild symptoms and have recovered at home. Only two people have needed hospital care, and there have been no deaths.

Over the past five months, the Washington Department of Health has assigned two COVID-19 deaths to Whitman County, Henderson said, but neither report was accurate. One involved a former Whitman County resident who contracted the virus several weeks after moving to an assisted living facility in the Tri-City's region. The other individual “was assigned to us for no apparent reason. He had no connection to Whitman County.”

Because such a large proportion of the Whitman County cases involve younger adults, Henderson said, the hospitalization rate here has been much lower than in other parts of the state.

While that's down from a peak of 7.8 percent, Nichols said, “there is some concern out there.”

Based on Whitman County's experience to date, Henderson said, COVID-19 hasn't been a huge burden on the health care system or cause for concern.

However, “there's an asterisk to that,” he said.

The virus is a highly contagious disease that, left unchecked, has the potential to infect vulnerable populations and cause serious health problems and death. Moreover, “there's a lot we don't know about COVID-19,” Henderson said, so there's a danger that people who have mild symptoms today may still experience long-term health problems related to the disease.

“We just don't know,” he said. “So if I were a healthy 20-year-old, knowing what I know, I don't think I'd be as cavalier about it as others are being.”

Meanwhile, positive cases of COVID-19 just over the border in Idaho have remained relatively low and steady. Public Health — Idaho North Central District Spokeswoman Tara Macke said health and safety measures taken by the University of Idaho and the City of Moscow, including mandatory mask requirements, have likely helped limit spread and tamp down potential outbreaks.

The UI reported Tuesday it tested another 205 students and confirmed another four positive cases, raising its positivity rate to 1.95 percent.

“All of the students were tested for the preliminary testing and now we’ve moved into surveillance testing,” said UI spokeswoman Jodi Walker. “Each day, a certain number of people will be randomly chosen and they’ll get an email saying ‘Hey, come participate’ — it is voluntary at that point.”

Scott Jackson can be reached at (208) 883-4636, or by email to sjackson@dnews.com. William L. Spence of the Lewiston Tribune contributed to this report.

COVID-19 has been detected in samples of wastewater taken from sewers on the University of Idaho campus, according to a UI research team.