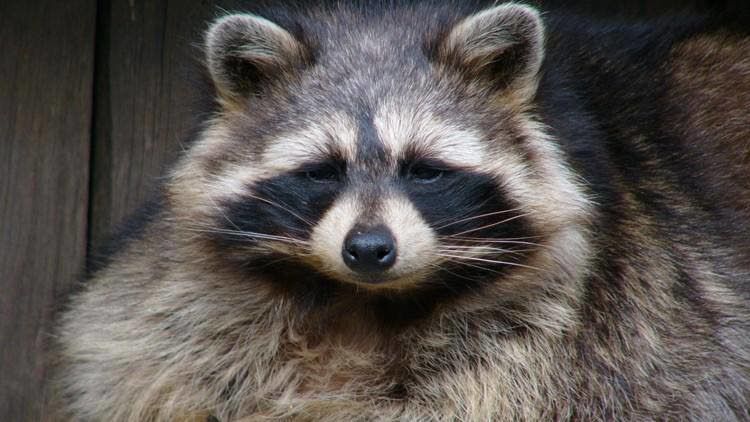 Raccoons are not likely to carry rabies in the Pacific Northwest but could, so they are best to be avoided.

Raccoons are not likely to carry rabies in the Pacific Northwest but could, so they are best to be avoided.

The time was 5:15 a.m. and my wife was headed to an early shift at Gritman Medical Center, when she was confronted by a bandit wearing a mask who quickly scurried away.

A friend who lives south of downtown caught a similar bandit crawling across the top of his woodpile late at night, too. “Caught,” as on the robust security camera system festooning his home and property.

In both cases, no harm occurred other than to startle the observers of both raccoons. Without question, raccoons have inhabited the Palouse probably long before people came along. It seems, however, that Procyon lotor are perhaps becoming more numerous, more emboldened or perhaps both. Or maybe we are just becoming more aware with cameras and all?

Both people asked, is there any danger of our pets being around raccoons? The short answer is there certainly can be.

But let’s take a step back and learn a little about the critter and people, first. Raccoons can be fun to watch, with their unique waddling walk and their distinctive bandit masks. The young are even cuter. That said, they can be quite aggressive. One should never approach, pet or try to feed one. They are wild animals wary of you and they will readily defend themselves by biting and scratching.

Raccoons are omnivores and live well among the food waste humans create and even a slight bit of poor sanitation. They will readily enter our city trash and recycling receptacles, even the ones with lids.

And don’t get me started on people leave pet food outside at night thinking they are being nice to feral cats. Raccoons love compost piles, too. Especially the poorly managed ones with food scraps piled on.

Raccoons can contract rabies, just like any other mammal. Rabies is deadly to both animals and humans. In the Inland Northwest, however, the only wildlife reservoir for the rabies virus are bats, most notably the big brown bat. So those transplants living here from the East Coast or Midwest can rest easy, raccoons are not likely to be carrying the disease here but they could … another reason to avoid them.

Raccoons also carry roundworms that can infect humans and a wide variety of other animals. The animal tends to create a community latrine like cats, and the droppings deposited there likely contain the roundworm eggs. In a couple of weeks the eggs become infectious, and if the eggs are accidentally swallowed by humans, the larvae hatch out and may move into organs of the body causing serious disease.

Think about that before building an uncovered outdoor sandbox for your kids.

Raccoon droppings are crumbly, flat-ended, and can contain a variety of food items. The length is 3 to 5 inches, but this is usually broken into segments. The diameter is about the size of the end of your little finger.

Raccoons leave droppings on logs, at the base of trees and on roofs. Raccoons defecate before climbing trees and entering structures.

Raccoons can also acquire canine distemper, a viral disease that infects foxes, coyotes, skunks and unvaccinated dogs. Without care, it is usually fatal to dogs, but the disease does not affect humans.

So here’s the best advice; leave raccoons alone and discourage them from becoming neighbors. If you know them to be around your house, let your family veterinarian know as they may recommend deworming and vaccination for leptospirosis, a disease passed in raccoon urine contaminated surface water. And yes, you can become infected with leptospirosis, too.

Charlie Powell is the public information officer for the Washington State University College of Veterinary Medicine, which provides this column as a community service. For questions or concerns about animals you’d like to read about, email cpowell@vetmed.wsu.edu.