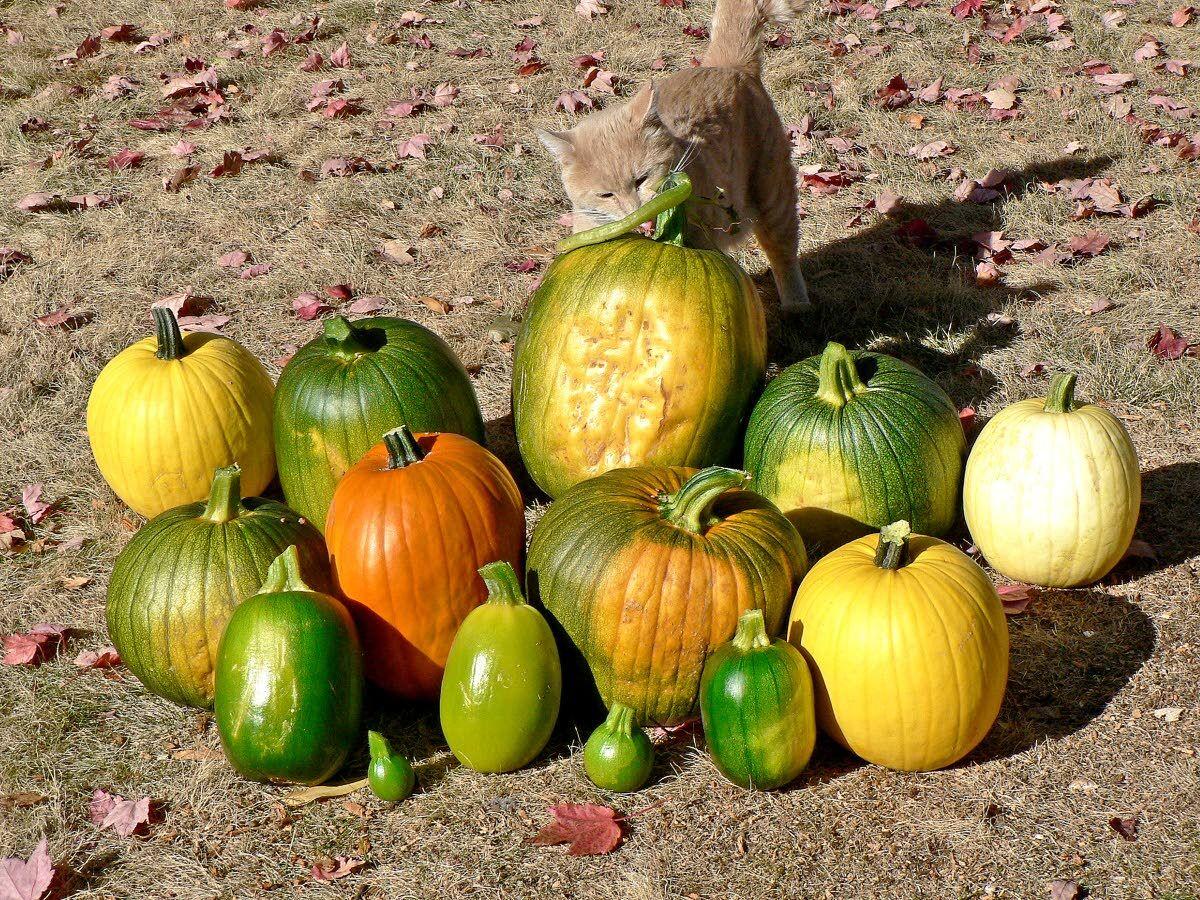 The Rozen pumpkin harvest gets an inspection from Marlon, a neighborhood vagabond. Chief garden staffer Benjamin BadKitten, who refused to pose, crouched off-camera, glaring at the publicity hog. 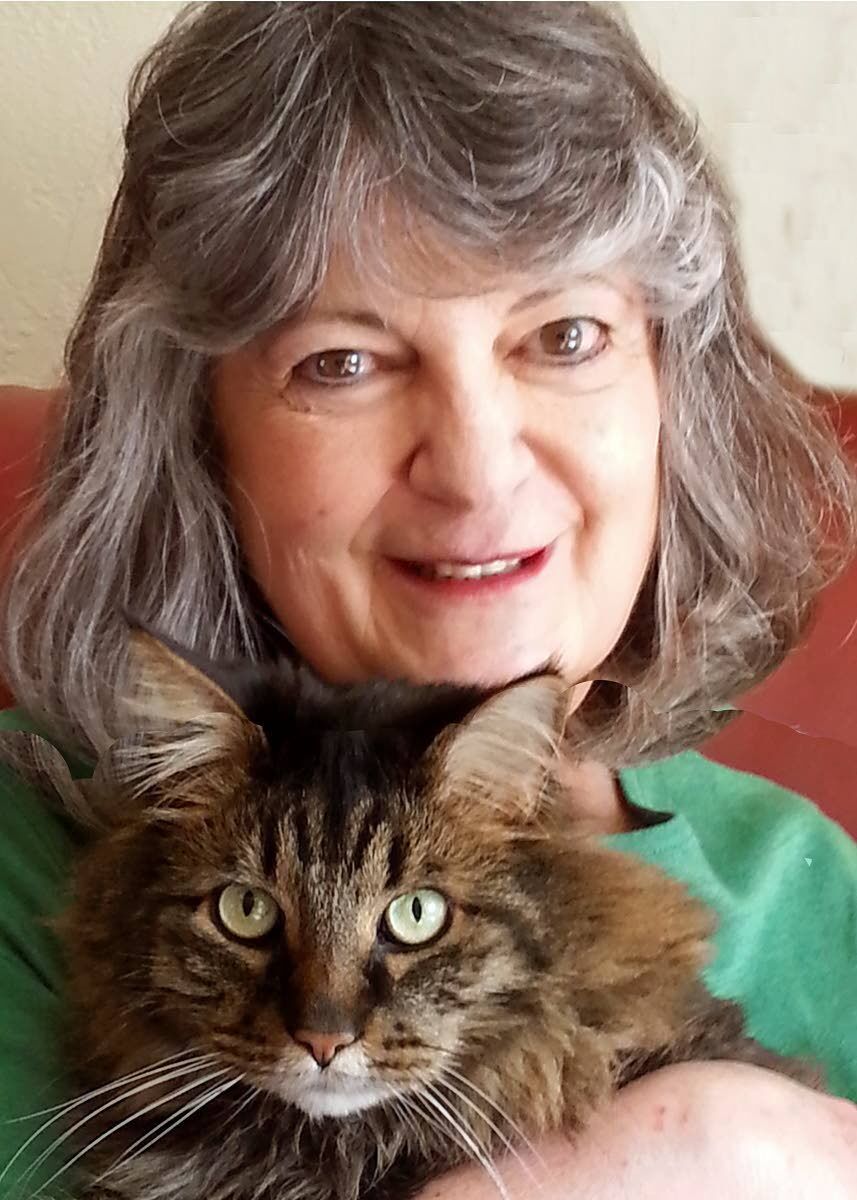 If I could find a way to prevent my homegrown pumpkins from mushing up, I’d display them on our front porch for the next six months, wearing turkey feathers at Thanksgiving, reindeer antlers at Christmas and bunny ears at Easter. After 10 years of humiliation, I finally grew 14 healthy pumpkins this summer — 87 pounds of orange Spartans, lemon colored Mellow Yellows, splotchy orange Bellatrixes, and green Mrs. Wrinkles. In previous harvest seasons, I’ve needed a postage scale, which measures weight in ounces, because none of my pitiful gourds could rack up even one digit on our bathroom scale. I realized that longtime readers might be skeptical this year, so I asked my neighbor from across the street to vouch for the relative magnificence of my pumpkin patch. He is a person of honesty and integrity, and is not related to me or to any other members of the neighborhood coven. “You did good!” he said, as he checked out the crop and admired the hefty Spartans.

Last May I transplanted 16 germinated pumpkin seeds into two raised garden beds. All of them survived, and 14 set fruit — milestone events here at Impetuous Gardener Ltd. I was so desperate to break the 10-year curse that I considered putting the baby pumpkins on a milk diet, a method some professional growers allegedly use to produce giant pumpkins. But even if I knew how to feed milk to a pumpkin and could end up with a 500-pounder, a summer of sour milk and mildew would be a nonstarter. My pumpkins would probably be lactose intolerant, anyway.

Water, not milk, made the difference, after my husband, Lee, wove lengths of water-conserving drip hoses among the pumpkin plants. We used the system to deliver water directly and consistently to the roots, which was vital through the long months of intense heat on the Palouse. Every morning after breakfast, Lee and I walked out to the side yard to note the pumpkins’ progress. As soon as the leaves on our maple tree began to turn red and gold, though, I started checking the nightly weather forecast. The first two weeks of October were high stress all the way. When I read a prediction of an overnight freeze, I panicked, grabbed a flannel sheet and an armful of old beach towels, and draped them over the raised bed where the bigger pumpkins grew. The next morning, I found surrounding leaves, frozen black and limp, but the pumpkins still firm and hardy. Lee, however, noted the soggy bedsheet and beach towels on top of the washing machine, and mentioned that we keep protective plastic tarps in the garage.

Because I was so worried about the frigid weather, I probably harvested the pumpkins a week too early. None of the orange ones had reached full color when I cut them off from their vines and arranged them on our lawn to pose for a photo. I puffed up with pride, though, when one of the Spartans weighed in at 18 pounds. The rest of the crop ranged downward in weight from there, and the two tiniest gourds blimped out at four ounces and not quite two ounces, which gave me a deja vu moment. I understand that 87 pounds of pumpkins — 1,392 ounces — might draw only amused smiles from more skilled gardeners. But this year, after a decade of epic flops and postage scales, I have 1,392 reasons to celebrate.

Readers can email Craft Rozen, princess of pumpkins, at scraftroze@aol.com

If I could find a way to prevent my homegrown pumpkins from mushing up, I’d display them on our front porch for the next six months, wearing turkey feathers at Thanksgiving, reindeer antlers at Christmas and bunny ears at Easter.