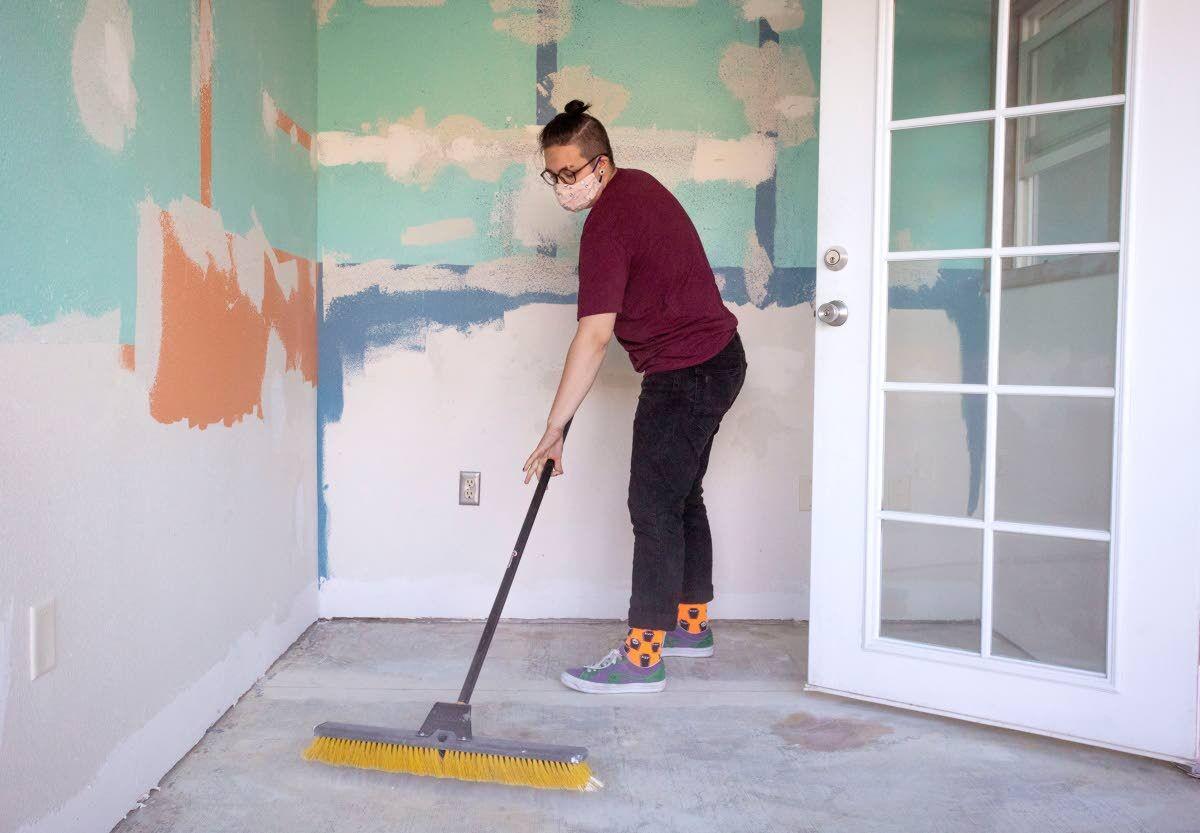 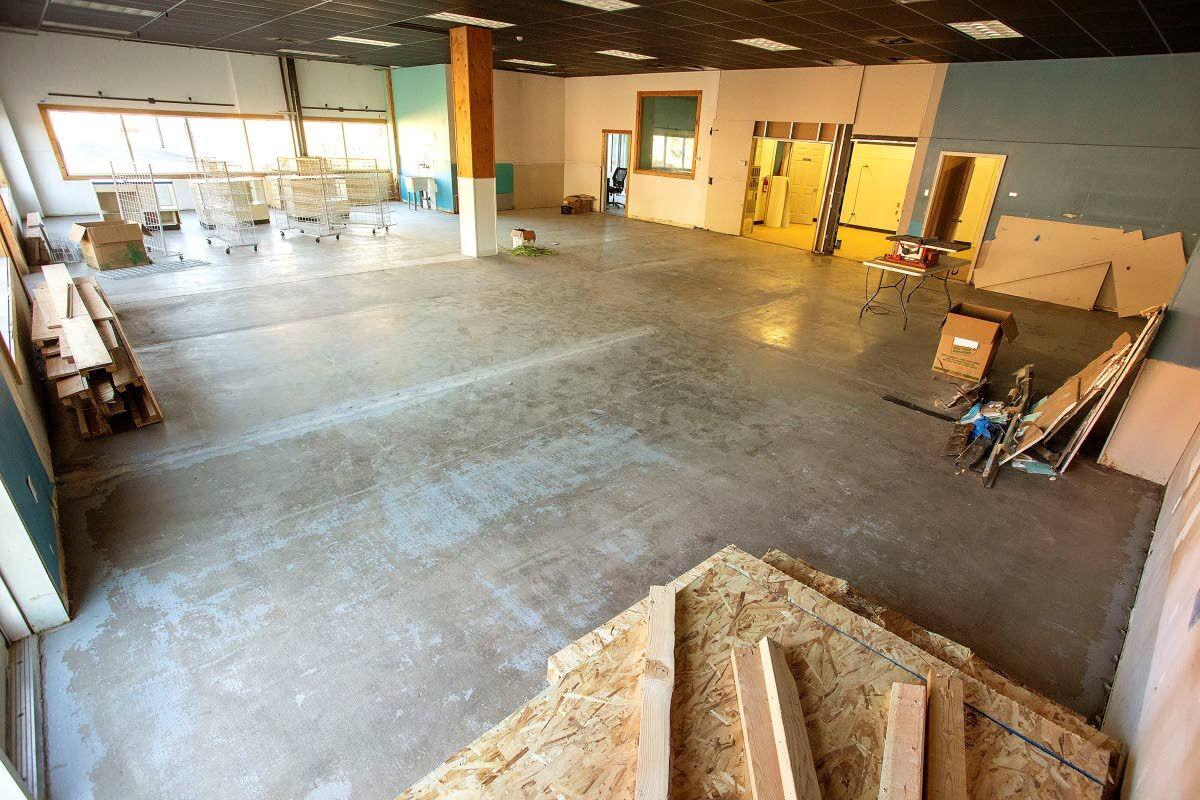 This space on 730 W Pullman Road is being remodeled for the Inland Oasis Community Center. 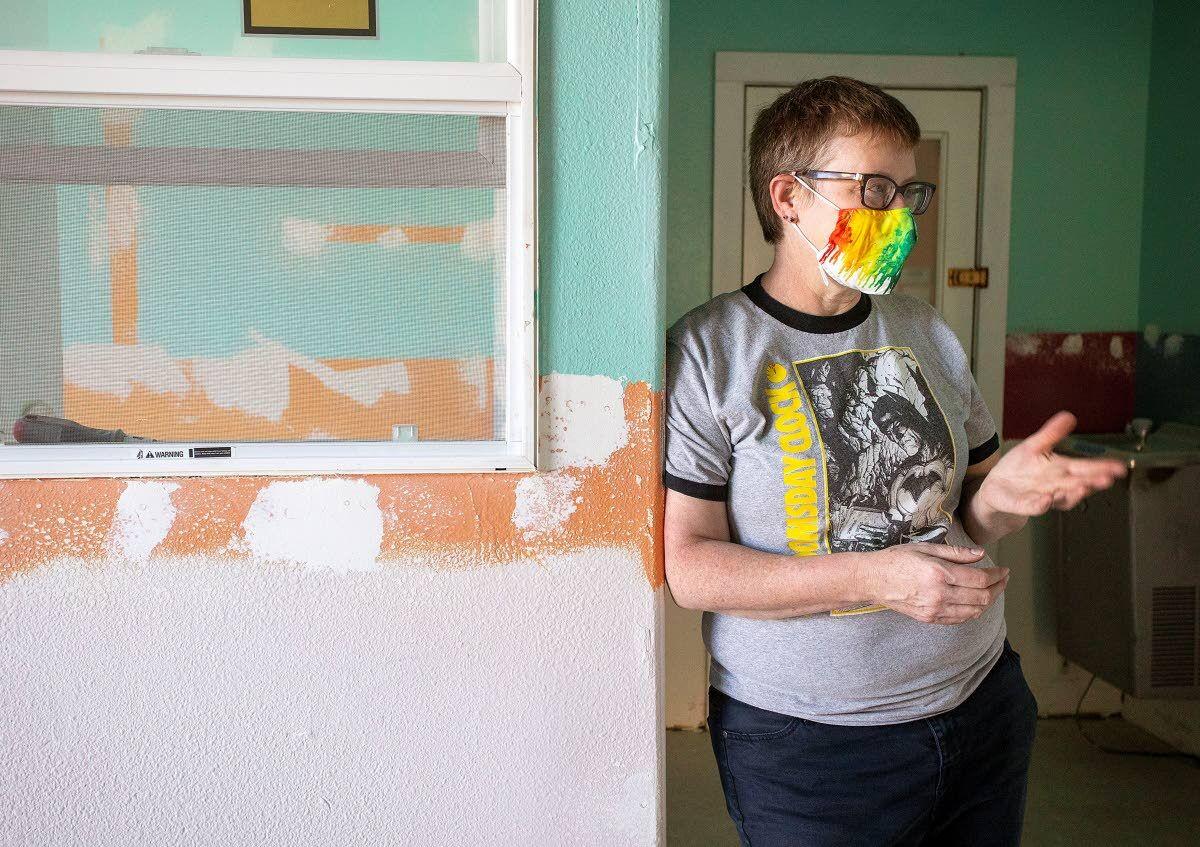 Kathy Sprague talks about the space that is being remodeled for the Inland Oasis Community Center on Tuesday in Moscow.

This space on 730 W Pullman Road is being remodeled for the Inland Oasis Community Center.

Kathy Sprague talks about the space that is being remodeled for the Inland Oasis Community Center on Tuesday in Moscow.

Queer communities often get overlooked in rural towns, but a local nonprofit is working to change that.

For the first time ever, a centrally-located community center dedicated to supporting queer people on the Palouse and surrounding regions will soon open up in Moscow.

The community center — at 730 W. Pullman Road behind Big Smoke — will be a home to local nonprofit, Inland Oasis, whose mission is to conduct and support educational, social and health programming for the lesbian, gay, bisexual, transgender, intersex and allied (LGBTQIA+) communities on the Palouse, southeastern Washington and northcentral Idaho.

“When people are new to this area, there’s not a lot of visibility to the queer community. We don’t have a traditional gay bar or any other physical locations that people know and recognize as a queer space,” Records said. “There are queer-friendly businesses in the area, but having a uniquely queer space is something that is lacking. Building a community in this way provides a dot on a map for people to know where they can go to ask questions or get connected to that community.”

The Inland Oasis Community Center recently signed the lease to inhabit their location and work is being done to renovate, clean and set up the space. Plans for the center include a food bank, confidential HIV testing location, job support services and an event space.

Kathy Sprague, the nonprofit’s treasurer and a longtime LGBTQIA+ rights activist in Moscow, said queer people need a safe space now, more than ever, because some people with political power are trying to do away with things like the Marriage Equality Act.

“This is more frightening than the Reagan era, which is when I came out,” she said. “When people make the argument, ‘well I can vote for whoever I want — it’s a difference of opinion,’ I think, ’pizza toppings are a difference in opinion, but legislating my marriage away is pretty personal.’ That’s not pepperoni.”

Center organizers plan to make the space a “winter warming” location where people who don’t have a warm place to sleep during the winter months can take refuge. Sprague noted that LGBTQIA+-identifying people often face social rejection and have higher levels of suicidal ideation than their heterosexual peers.

“So many queer kids are disowned by their families, and so many queer people live in poverty,” Sprague said. “I think it’s essential that we step in and start addressing those issues. But we’re open to anybody. If you need food, we’ll feed you. If you need a place to stay warm this winter, we’ll warm you.”

Moscow resident Sadie Williams, 27, who identifies as gender nonbinary, panromantic and asexual, spent a large portion of her formative years growing up in a small Arizona town which was devoid of resources for the queer community. Consequently, she said she did not fully understand her identity until a few years ago.

“I think places like Inland Oasis offer that little extra support when you’re just not sure. For the longest time, I was not sure who I was on a gender level, and a lot of that had to do with my not having a full picture of information,” Williams said. “I think having a local resource of people that you can actually talk to is something that could have made years upon years of confusion less panic-inducing.”

The Inland Oasis organizers said they are eager to get the community center space set up and collaborate with Palouse residents to make it a safe, helpful space for the queer community.

“We’re looking forward to working with the community on any ideas they have about what we could do with this center in the future,” Records said.

For more information about the center, visit inlandoasis.org.