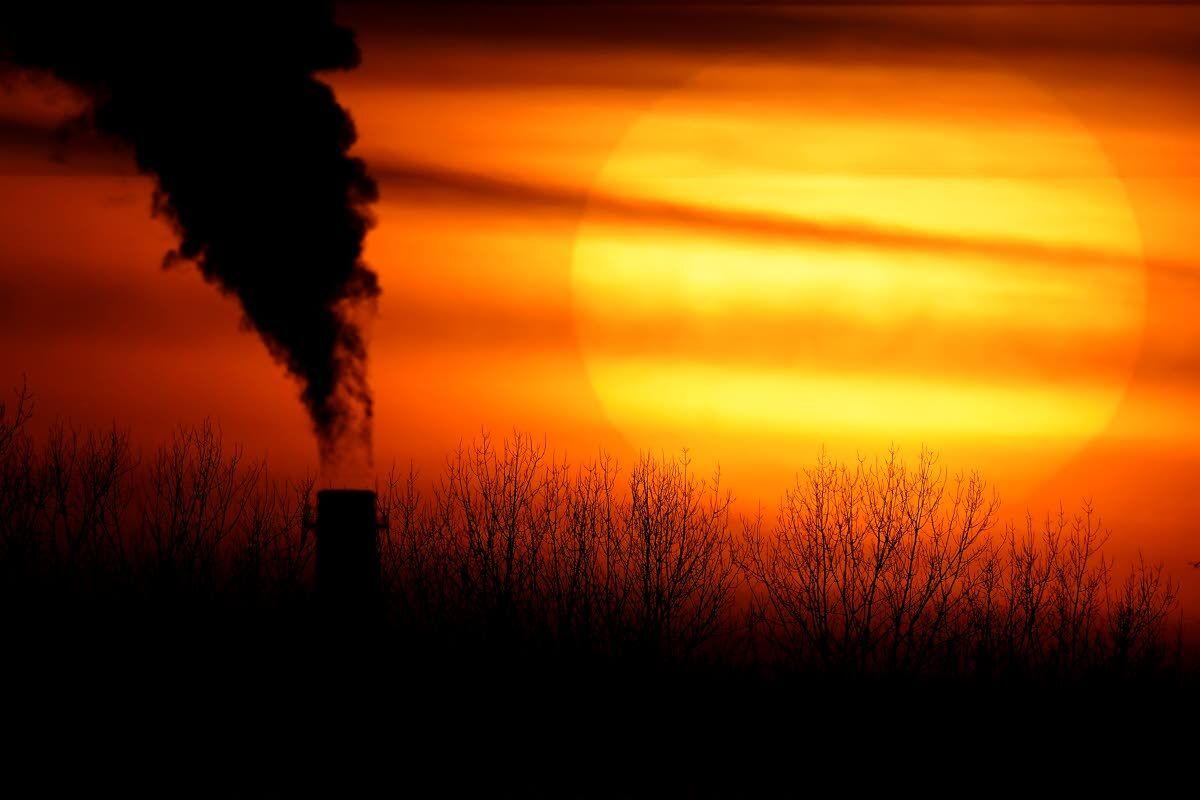 Associated PressEmissions from a coal-fired power plant are silhouetted against the setting sun in Independence, Mo., on Feb. 1. A United Nations report released Thursday says humans are making Earth a broken and increasingly unlivable planet through climate change, biodiversity loss and pollution. 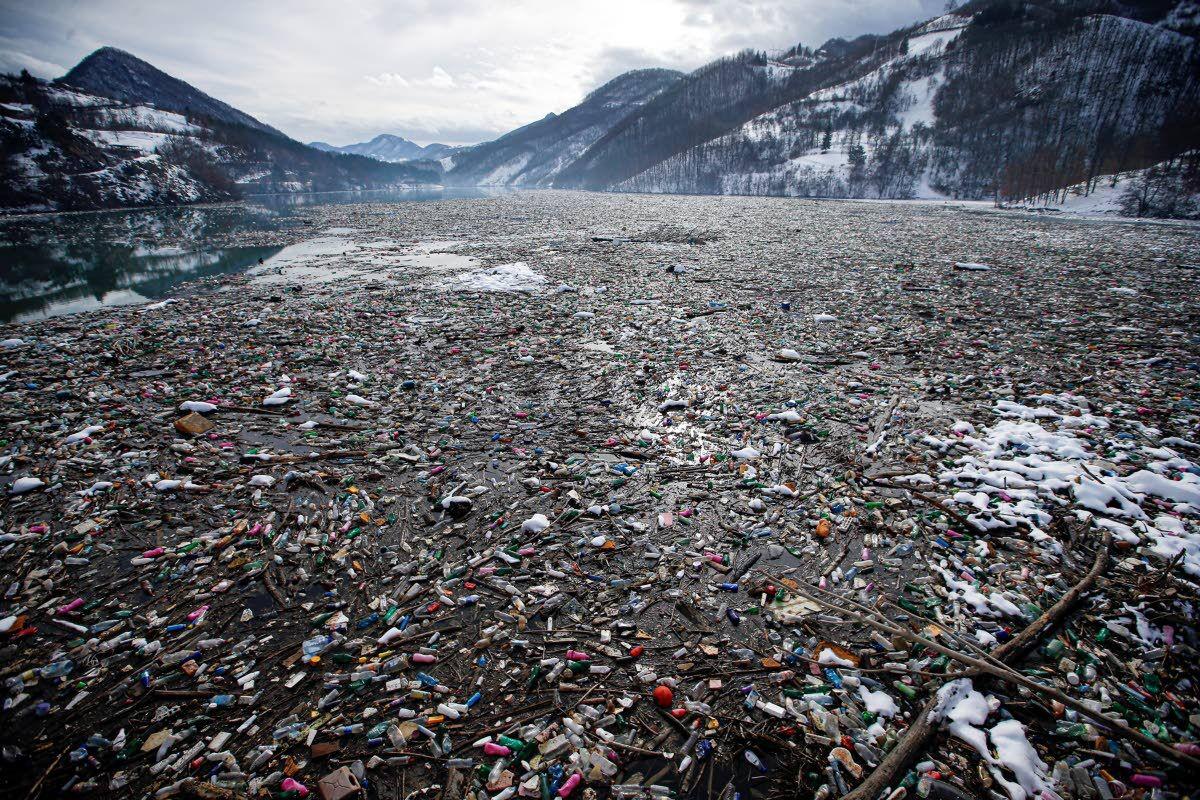 Associated PressPlastic bottles and other garbage floats in the Potpecko lake near Priboj, in southwest Serbia, in this photo taken in late January. 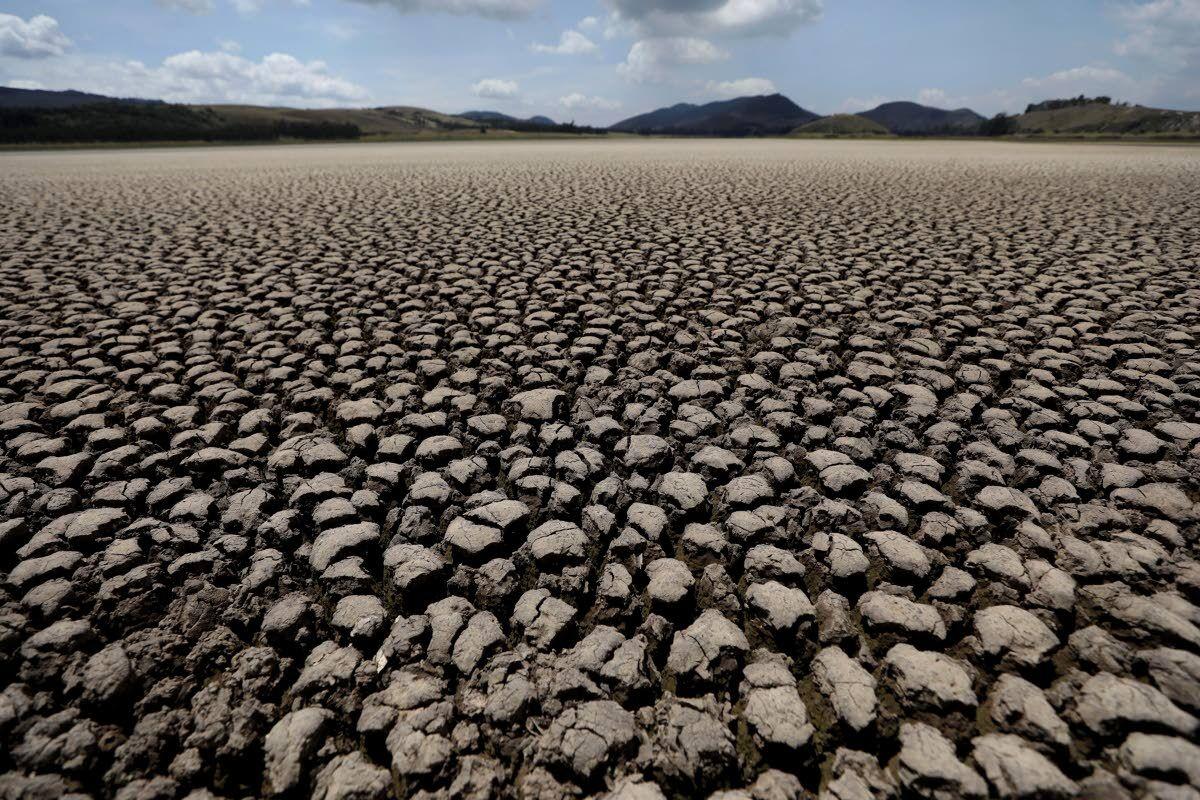 The lakebed of Suesca lagoon sits dry and cracked Wednesday in Suesca, Colombia, after years of very little rainfall.

Associated PressEmissions from a coal-fired power plant are silhouetted against the setting sun in Independence, Mo., on Feb. 1. A United Nations report released Thursday says humans are making Earth a broken and increasingly unlivable planet through climate change, biodiversity loss and pollution.

Associated PressPlastic bottles and other garbage floats in the Potpecko lake near Priboj, in southwest Serbia, in this photo taken in late January.

The lakebed of Suesca lagoon sits dry and cracked Wednesday in Suesca, Colombia, after years of very little rainfall.

Humans are making Earth a broken and increasingly unlivable planet through climate change, biodiversity loss and pollution. So the world must make dramatic changes to society, economics and daily life, a new United Nations report says.

Unlike past U.N. reports that focused on one issue and avoided telling leaders actions to take, Thursday’s report combines three intertwined environment crises and tells the world what’s got to change. It calls for changing what governments tax, how nations value economic output, how power is generated, the way people get around, fish and farm, as well as what they eat.

“Without nature’s help, we will not thrive or even survive,” Secretary-General Antonio Guterres said. “For too long, we have been waging a senseless and suicidal war on nature. The result is three interlinked environmental crises.”

“Our children and their children will inherit a world of extreme weather events, sea level rise, a drastic loss of plants and animals, food and water insecurity and increasing likelihood of future pandemics,” said report lead author Sir Robert Watson, who has chaired past U.N. science reports on climate change and biodiversity loss.

“The emergency is in fact more profound than we thought only a few years ago,” said Watson, who has been a top level scientist in the U.S. and British governments.

This year “is a make-it or break-it year indeed because the risk of things becoming irreversible is gaining ground every year,” Guterres said. “We are close to the point of no return.”

The report highlighted what report co-author Rachel Warren of the University of East Anglia called “a litany of frightening statistics that hasn’t really been brought together:”

n Earth is on the way to an additional 3.5 degrees warming from now (1.9 degrees Celsius), far more than the international agreed upon goals in the Paris accord.

n About 9 million people a year die from pollution.

n About 1 million of Earth’s 8 million species of plants and animals are threatened with extinction.

n Up to 400 million tons of heavy metals, toxic sludge and other industrial waste are dumped into the world’s waters every year.

n More than 3 billion people are affected by land degradation, and only 15 percent of Earth’s wetlands remain intact.

n About 60 percent of fish stocks are fished at the maximum levels. There are more than 400 oxygen-depleted “dead zones” and marine plastics pollution has increased tenfold since 1980.

The planet’s problems are so interconnected that they must be worked on together to be fixed right, Warren said. And many of the solutions, such as eliminating fossil fuel use, combat multiple problems including climate change and pollution, she said.

The report “makes it clear that there is no time for linear thinking or tackling problems one at a time,” said University of Michigan environment professor Rosina Bierbaum, who wasn’t part of the work.

In another break, this report gives specific solutions that it says must be taken.

This report uses the word “must” 56 times and “should” 37 times. There should be 100 more because action is so crucial, said former U.N. climate chief Christiana Figueres, who wasn’t part of the report.

“Time has totally ran out. That’s why the word ‘must’ is in there,” Figueres said.

The report calls for an end to fossil fuel use and says governments should not tax labor or production, but rather use of resources that damages nature.

“Governments are still playing more to exploit nature than to protect it,” Guterres said. “Globally, countries spend some 4 to 6 trillion dollars a year on subsidies that damage the environment.”

The report also tells nations to value nature in addition to the gross domestic product when calculating how an economy is doing.

Getting there means changes by individuals, governments and business, but it doesn’t have to involve sacrifice, said UN Environment Programme Director Inger Andersen.

“There’s a country that has been on that path for 25 years: Costa Rica,” Andersen said. “Yes, these are difficult times, but more and leaders are stepping in.”