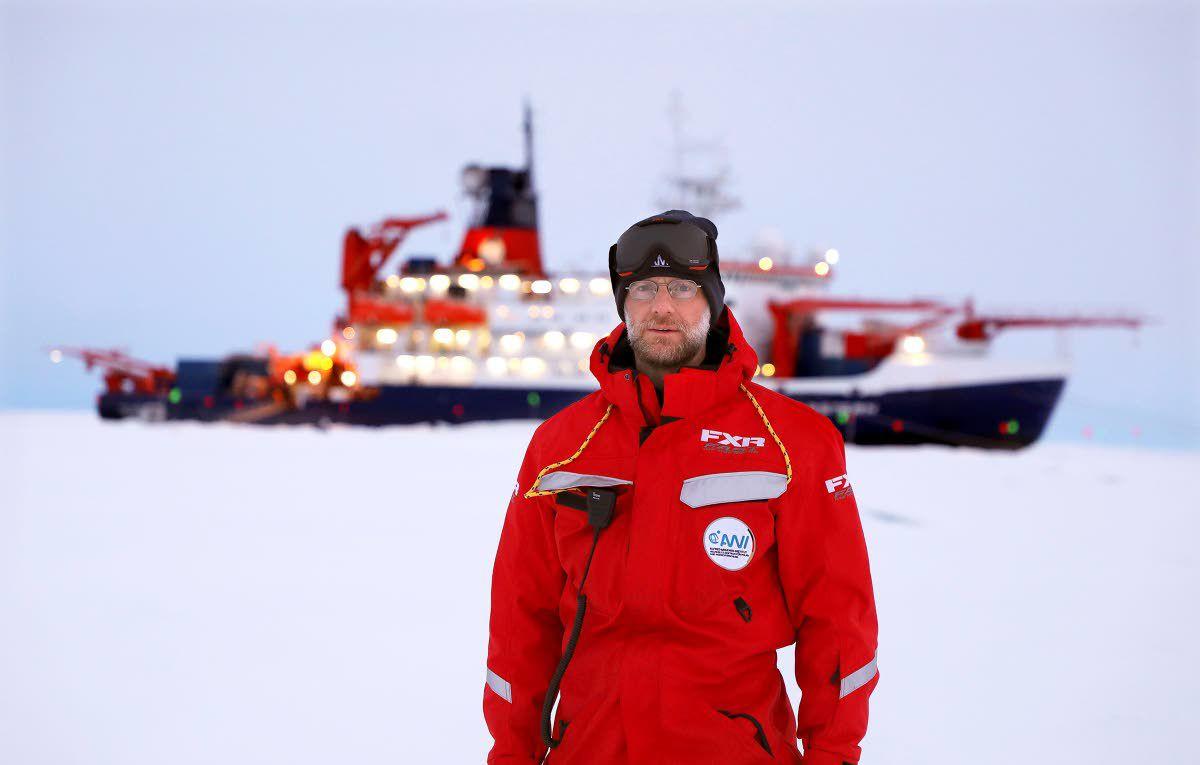 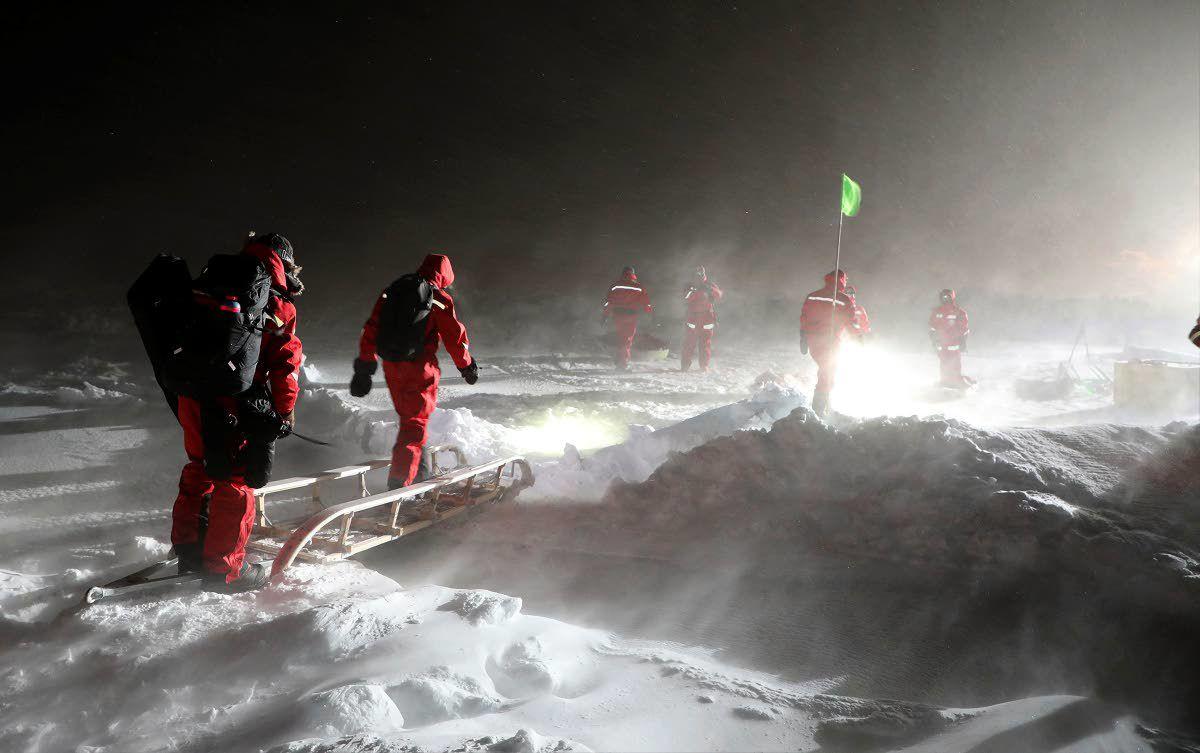 Scientists walk over a bridge during a storm outside the Polarstern. Shupe, co-coordinator of the MOSAiC expedition, helped coordinate the largest polar expedition in history to the Arctic Ocean. 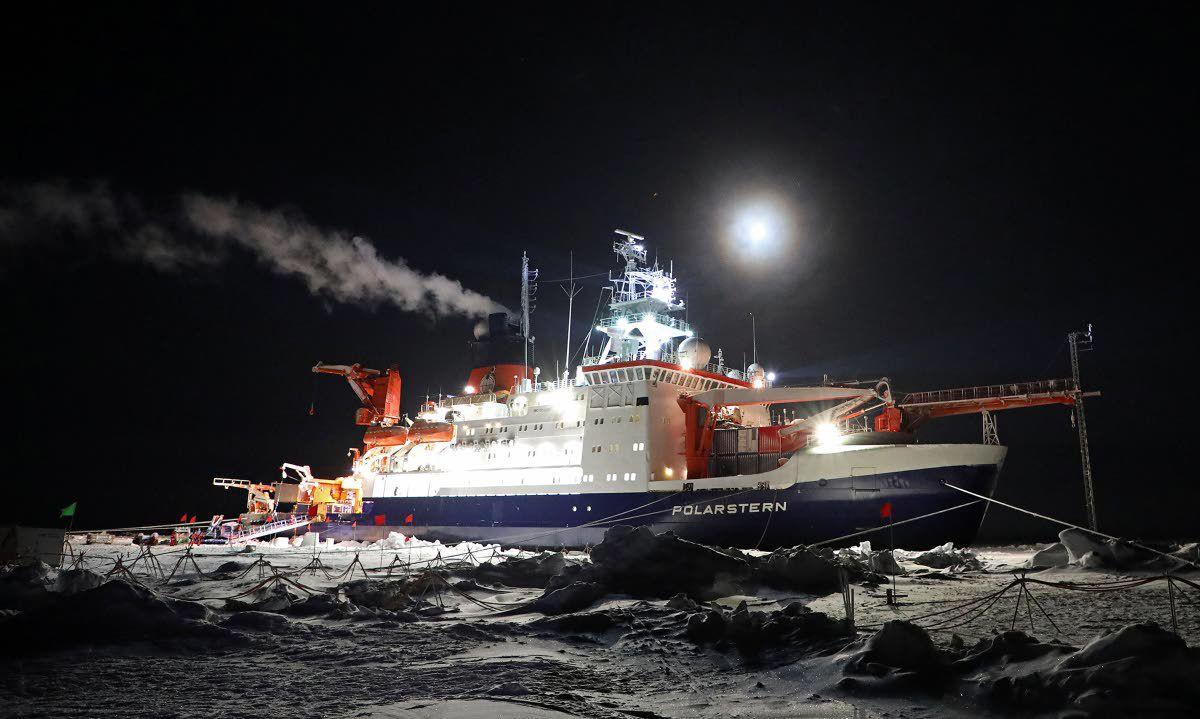 The Polarstern icebreaker is frozen into the sea ice. Shupe and other scientists climbed aboard the Polarstern, a German icebreaker ship, in September in Norway and set sail. 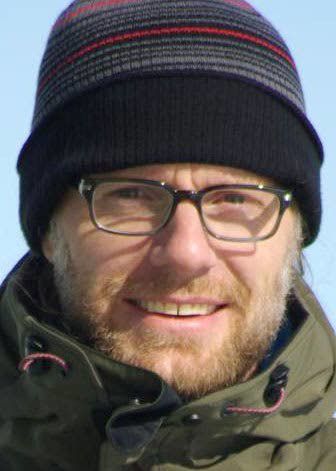 Scientists walk over a bridge during a storm outside the Polarstern. Shupe, co-coordinator of the MOSAiC expedition, helped coordinate the largest polar expedition in history to the Arctic Ocean.

The Polarstern icebreaker is frozen into the sea ice. Shupe and other scientists climbed aboard the Polarstern, a German icebreaker ship, in September in Norway and set sail.

Matthew Shupe, co-coordinator of the MOSAiC expedition and a 1992 graduate of Moscow High School, said the ongoing international expedition began Sept. 20, when he and others set sail from Norway into the Arctic Ocean on a German icebreaker, a ship designed to navigate through ice-covered waters.

The team mooed the boat to a chunk of ice and it has since been drifting through the icy waters.

“In the past, there have been a number of people that have gone to the Arctic of course, myself included for the last 22 years,” Shupe said. “But this is kind of the first time we’ve done anything at this scale. This is the most complex and comprehensive research expedition to the Arctic ever.”

Shupe, 45, said he returned home last week from the expedition, but will return to the icebreaker from August to October to finish the expedition. He said Christopher Cox, who received his Ph.D. from the University of Idaho, will take part in the expedition this year, too.

In the meantime, scientists from several countries, including the U.S., will conduct studies at the established ice chunk to investigate the processes that affect the ice.

Shupe said the icebreaker is following the Transpolar Drift Stream, a major ocean current of the Arctic Ocean that should take the ship near the North Pole and then toward the Fram Strait, which is east of Greenland.

Shupe said the Arctic Ocean is changing rapidly. The changes include the rapid decline of sea ice. He said the most significant questions he and his fellow scientists want to answer during the expedition are the causes and consequences of a diminished Arctic Ocean ice cover.

The entire expedition will cost about $150 million and is shared among the 20 nations involved. For the U.S., the expedition is taxpayer-funded, with the key contributors being the National Science Foundation, the U.S. Department of Energy, the National Oceanic and Atmospheric Administration and NASA.

Shupe said he was one of the early crafters of the MOSAiC expedition.

In 2008, Shupe was conducting a research project for a couple weeks on an icebreaker near the North Pole. He said the experience was simply too short to solve the questions he wanted answered.

“At that point, I said we really need to come out here and have a much longer term project that really looks at the system as a whole and how it functions,” Shupe said.

He said he started designing an experimental plan and shopped the plan around to different scientists and funding agencies.

Eleven years later, the plan has been implemented.

He moved to Moscow in the second grade. His father, David Shupe, was well-known in the community as a doctor, specifically for delivering babies, at Moscow Family Medicine.