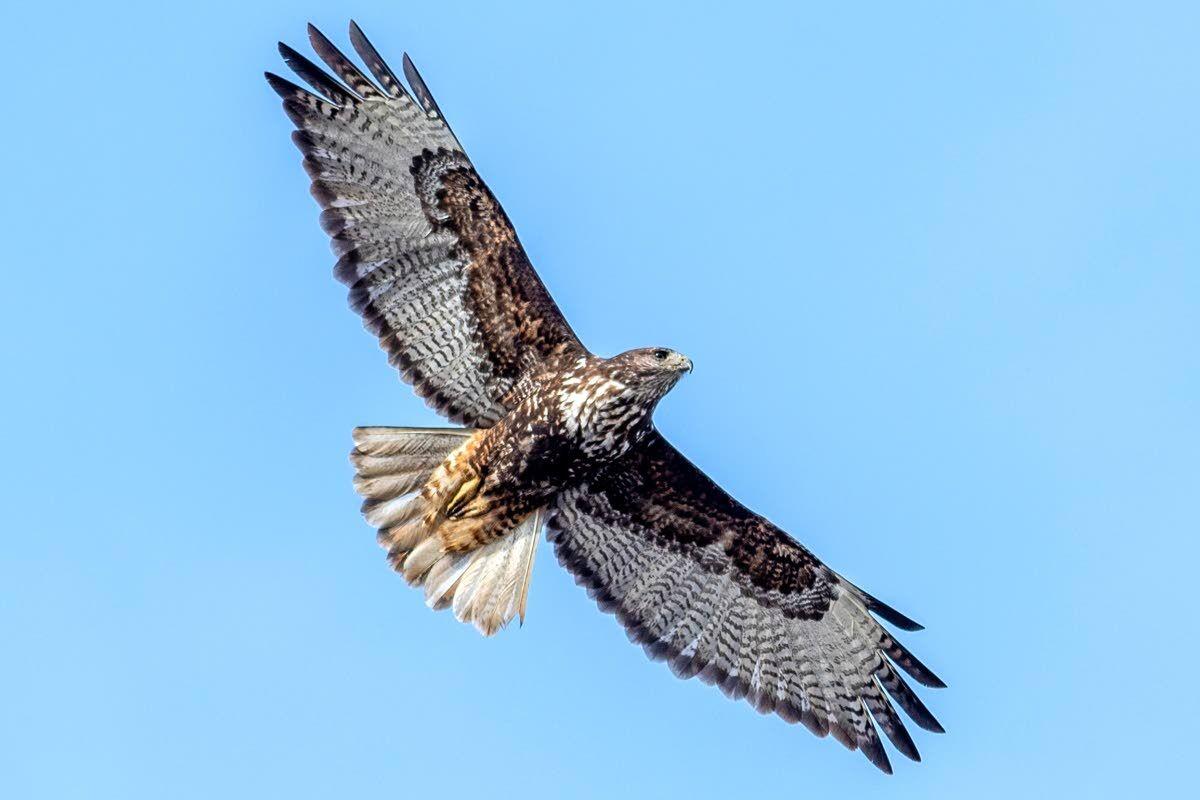 A red-tailed hawk soars above an open field searching for its next meal. The COVID-19 pandemic has sparked renewed interest in all things outdoors, and book publishers are capitalizing with new releases, and updates of old ones. 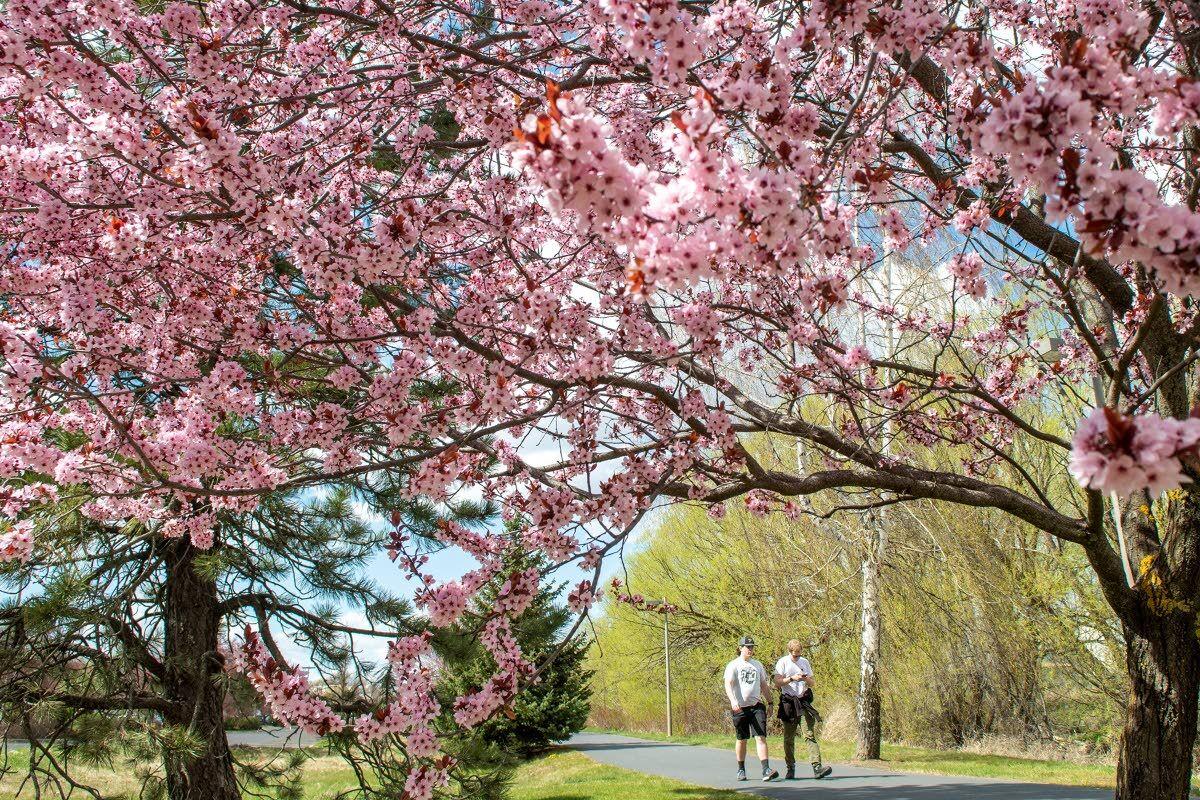 LEFT: On a sunny afternoon in Moscow, walkers move along Paradise Path through a series of cherry blossom trees. 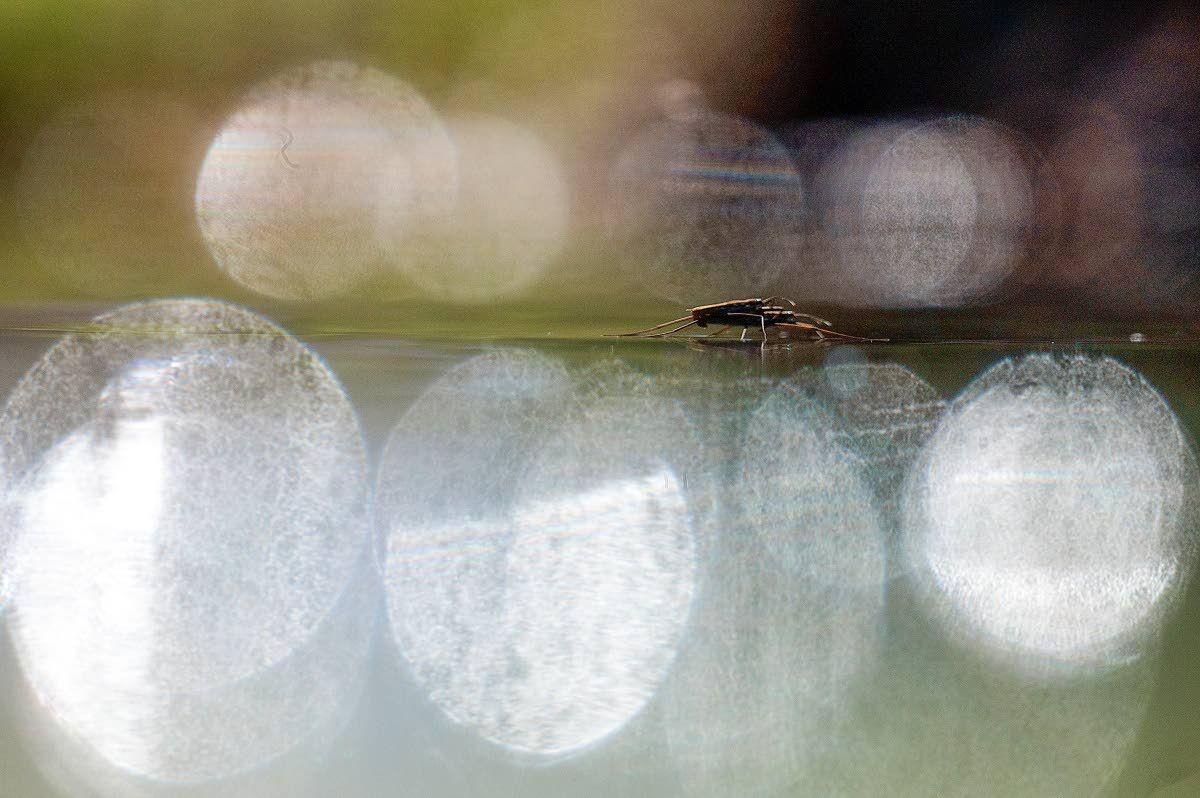 ABOVE: Water striders stand atop a pond at the Lewiston Wildlife Habitat Area. 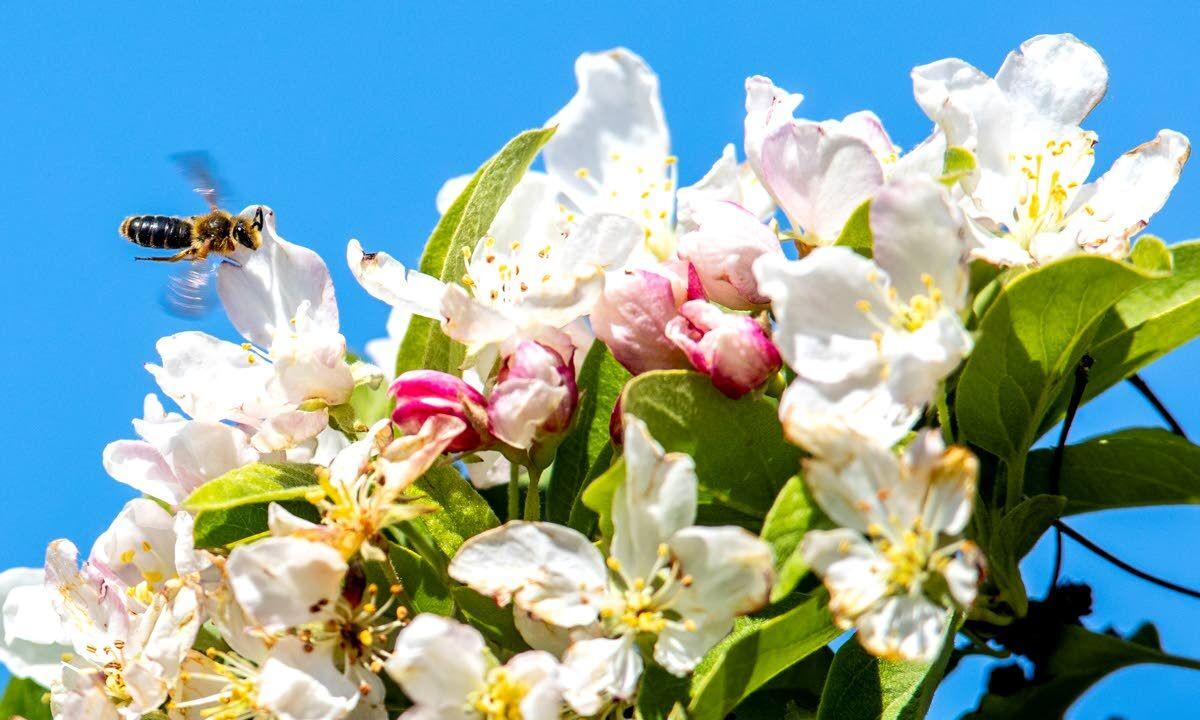 A bee buzzes around some blossoms as it searches for pollen at Syringa Park in Lewiston. The COVID-19 pandemic has sparked renewed interest in all things outdoors, and book publishers are capitalizing with new releases, and updates of old ones. 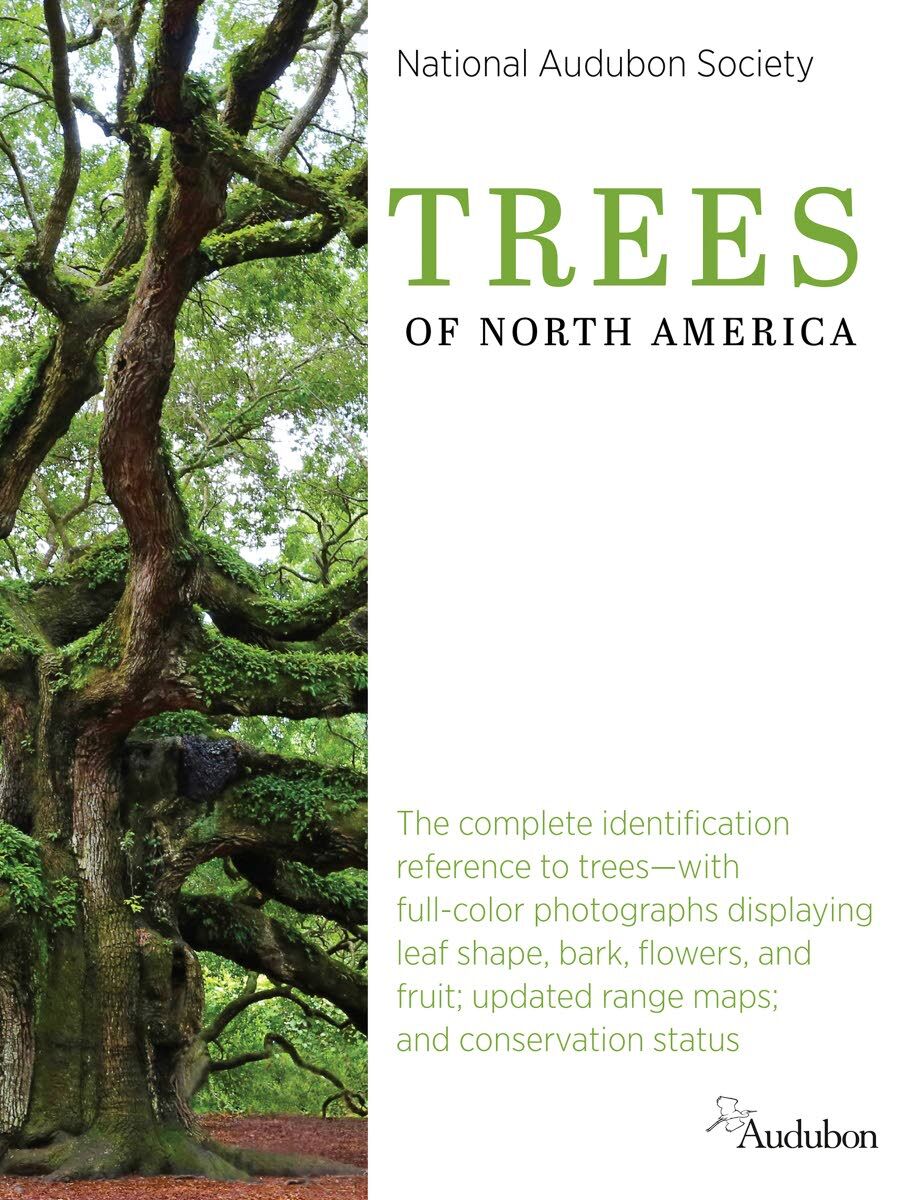 This cover image shows "Trees of North America" by the National Audubon Society. 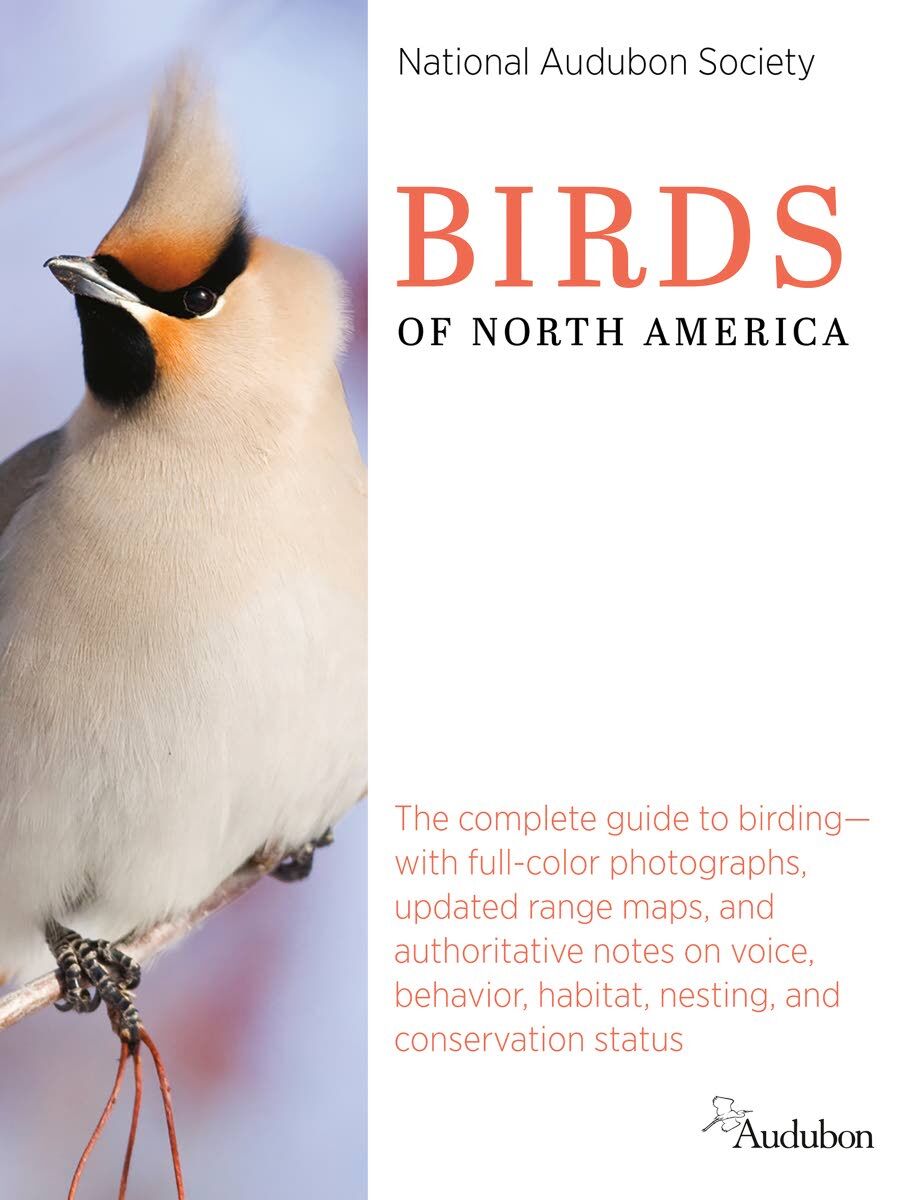 This cover image shows "Birds of North America," by the National Audubon Society.

A red-tailed hawk soars above an open field searching for its next meal. The COVID-19 pandemic has sparked renewed interest in all things outdoors, and book publishers are capitalizing with new releases, and updates of old ones.

LEFT: On a sunny afternoon in Moscow, walkers move along Paradise Path through a series of cherry blossom trees.

ABOVE: Water striders stand atop a pond at the Lewiston Wildlife Habitat Area.

A bee buzzes around some blossoms as it searches for pollen at Syringa Park in Lewiston. The COVID-19 pandemic has sparked renewed interest in all things outdoors, and book publishers are capitalizing with new releases, and updates of old ones.

This cover image shows "Trees of North America" by the National Audubon Society.

This cover image shows "Birds of North America," by the National Audubon Society.

The new season of spring shows has begun, and viewership is way up by all accounts.

We’re not talking about screens, which we’ve all been glued to during the pandemic. Less noticed is another trend: people tuning in to nature for quieter, real-life, high-stakes drama.

From new Audubon field guides, updated for the first time in decades, to a book of poetry about insects, publishers are trying to meet this moment: Not only is public engagement with nature high, but so is concern over climate change.

“Nature has been a point of solace for people over the course of the pandemic that they can tap into, either for the first time, or tap into it again,” says John Rowden, senior director of bird-friendly communities for the National Audubon Society.

Audubon has seen an uptick in interest in its social media platforms, local chapters and programming since the start of the pandemic, he said. The new updates to the million-selling field guides include conservation information; Rowden hopes readers will be inspired to pitch in to save habitat where they can.

“There are existential threats against a lot of the wildlife we share the planet with,” he says. “It’s not an easy message. But there are things we can do.”

This past year’s turn toward nature took many forms. For some people, it meant simply paying more attention to the wildlife out the window, maybe getting a good pair of binoculars to help. Others hiked deeper into parks and woods, or looked harder at what’s growing and foraging on their street. Many turned to gardening, even if that meant just putting a couple flower pots on a balcony.

The new titles mentioned here are about upping your knowledge of birds, bugs, plants and other life in this second pandemic spring.

And if books are too heavy to carry on a walk, there are many apps (often free) to help identify and learn about species, including Merlin Bird ID by the Cornell Lab; iNaturalist and PlantSnap. Audubon has a native-plant database based on ZIP codes at Audubon.org.

“Birds of North America,” and “Trees of North America,” from the National Audubon Society (Knopf). “Birds” was last updated in 1994, “Trees” in 1980, and there’s lots of new science and wowza photography to share. The biggest change is the inclusion of conservation status, and both guides include range maps that show the impact of climate change for each species. A recent Audubon report found that as many as two-thirds of North American birds could face extinction from climate change. The bird guide covers more than 800 species, with more than 3,500 full-color photographs; the tree guide has more than 540 species, nearly 2,500 full-color photographs.

“A World on the Wing: The Global Odyssey of Migratory Birds,” by Scott Weidensaul (W.W. Norton). Thanks to technological advances like miniaturized geolocators, we are learning much more about the extraordinarily arduous and lengthy migration of many birds. Weidensaul, a Pulitzer Prize finalist for his past work on birds, follows the course of some of these global migrations. In one breathtaking passage, he describes looking at a radar map one fall night over the northeastern U.S. and seeing “immense blobs of pale blue and green, the radar signature of millions of songbirds aloft in the clear night on their way south.” A couple million birds an hour (yes, an hour) might pass overhead on such a night, he writes, unseen by us because of the darkness.

“Buzz Words: Poems About Insects” (Everyman’s Library, Alfred A. Knopf). From a dew-drunk cicada that inspired a first-century poem in Ancient Greece, to a fly rubbing his legs together on a sunny morning in 12th century China, to Walt Whitman’s “noiseless, patient spider,” to Mary Oliver’s shivering “Great Moth,” this anthology of poems shows that watching bugs is as old as civilization. Here, they’re categorized lightly into sections on workers, singers, sparklers, swoopers, gliders, leapers, weavers, crawlers, stingers, biters, suckers and pests. At a time when many insect species are also at risk, including some of the most beneficial ones to humans, this small volume appreciates insects and our eternal love-hate relationship with them.

“Lessons from Plants,” by Beronda L. Montgomery (Harvard University Press). Montgomery, a biochemistry professor at Michigan State University, aims “to increase plant awareness, mitigate potential biases against plants, and introduce you to the wisdom of plants and what they can teach us.” She looks at how plants experience the world, independent of people, imagining what life looks like from their perspective. “As humans we must first pay attention,” she writes.

“A Brief History of Earth: Four Billion Years in Eight Chapters,” by Andrew H. Knoll (Harper Collins). A Harvard geologist and natural history professor charts the planet’s history in accessible style, from its beginning as “a small planet accreted out of rocky debris circling a modest young star” through the development of minerals, geographical formations, atmosphere, and life forms large and small.

“Flower: Exploring the World in Bloom” (Phaidon). This heavy, glossy coffee-table book explores how flowers and floral motifs have been used over the ages in art, fashion and design. There’s also a timeline of the history of flowers, and a rundown of the symbolism and significance accrued to some species over the centuries.

“The Glitter in the Green: In Search of Hummingbirds,” by Jon Dunn (Basic Books). A natural history writer and photographer, Dunn travels up and down the full range of these tiny birds, which now live only in the Americas, from near the Arctic Circle to the tip of South America. He writes not only about how they live and are faring, but about their history as a subject of fascination and exploitation.

“50 Things to Do at the Beach,” by Easkey Britton (Princeton Architectural Press). Kids at the beach can go deeper — literally and figuratively — into the sea with tips from environmental scientist and professional surfer Britton. Part of the publisher’s “Explore More” series (previous titles include “50 Things to See in the Sky” and “50 Things to Do in the Wild”), this book explores our connection to the ocean and its health.