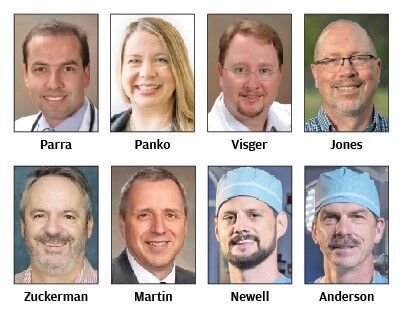 These eight doctors work at various clinics on the Palouse. 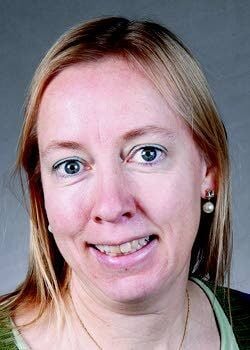 The three hospitals on the Palouse have hired their own surgeons after disbanding a joint practice.

The last day of Palouse Surgeons was Sept. 1, said Lindy Wells, the former executive director of the practice, which was a collaboration of Pullman Regional Hospital, Gritman Medical Center in Moscow and Whitman Hospital and Medical Clinics in Colfax.

“It was a mutual decision among all three hospital CEOs to provide more focused general surgery care in each community,” said Alison Weigley, a spokeswoman for Pullman Regional Hospital.

The overall number of surgeons on the Palouse has increased with the change, said Wells, who continues to be the executive director of Palouse Specialty Physicians, another joint venture of the hospitals.

That has been possible because, in her opinion, in recent years small communities in the Northwest are getting more popular with physicians, she said.

Zuckerman most recently was chairman of surgery at Kalispell Surgical Specialists in Montana, and Martin practiced at Madigan Army Medical Center in Tacoma.

The decision to close Palouse Surgeons has no impact on Palouse Specialty Physicians, Wells said, noting it will continue to provide oncology, hematology, urology, neurology, audiology and allergy services, as well as ear, nose and throat procedures.

Vista Outdoor has announced an agreement to acquire Foresight Sports in San Diego, Calif., for eet where the crane is located for the American Empress, the largest cruise boat that calls there.

The water depth by a dock designed for cruise boats near Clarkston’s Holiday Inn often is too shallow for the American Empress because sediment has a tendency to settle there.$474 million.

The 150-employee company is a designer and manufacturer of golf performance analysis, entertainment and game enhancement technologies, with products such as launch monitors and golf simulators used in retail stores, driving ranges and homes, according to a Vista Outdoor news release.

The transaction is expected to close by the end of the year.

Vista Outdoor is the parent company of Lewiston ammunition manufacturer CCI/Speer, one of the largest employers in the community.

It has more than 30 brands that manufacture bullets and recreational equipment, including Bushnell Golf, which produces rangefinders.

The school continues to operate its original location at 618 S. Main St. in Moscow.

Leon Cover founded Mr. Leon’s in 1969 with his wife, Janice, owning, operating and teaching at the school until his death in 1995, according to Mr. Leon’s website.

Their daughter, Lisa Cover Salisbury, took over ownership of the school about one year later, according to the website.

We want to hear about what's happening at your business. Send your news to ewilliam@lmtribune.com. Please put "Biz Bits" in the subject line.