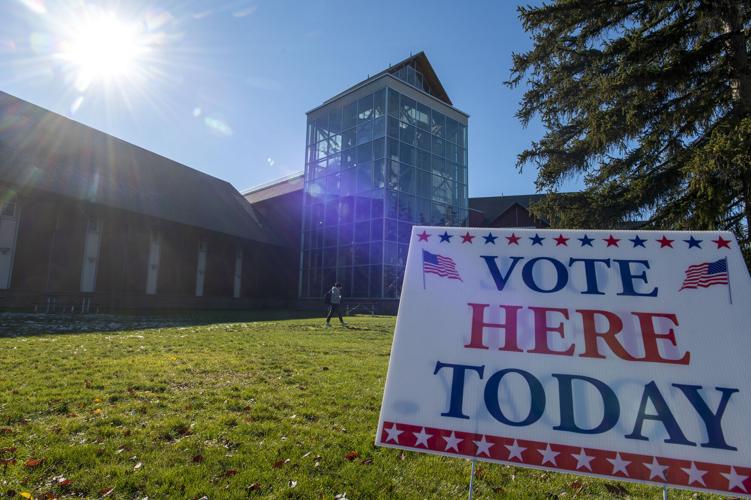 A pedestrian walks into the University of Idaho Recreation Center to cast their vote on Election Day in Moscow on Tuesday. 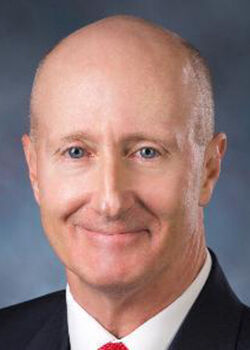 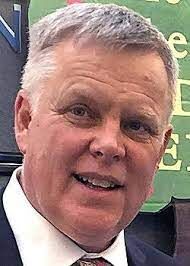 “It was a long night, but a good night,” he said Wednesday of election night. “I had a support team this time that just blew me away. That’s why we won.”

His 2018 and 2020 election contests with Nelson were in the 5th Legislative District, which included Latah and Benewah counties.

Following the 2021 redistricting process, however, Latah County moved into the 6th Legislative District with Lewis County and the northeastern half of Nez Perce County.

Nelson said Foreman’s lead in Nez Perce and Lewis counties was too big to overcome, but he also thought turnout in Latah County may have contributed to his defeat.

“It’s always hard to get people to vote in a non-presidential election year,” he said.

During his two terms in office, Nelson was the only Democratic lawmaker elected in north Idaho. Following Tuesday’s election, there now aren’t any north of the Treasure Valley.

“We need to continue to reach out to moderate voters,” Nelson said. “If we can’t find common ground with them, I’m not sure how Democrats get any wins. From Kootenai County on north, there’s not a lot of moderates left.”

Former Latah County Commissioner Tom Stroschein may have run into some of that in his bid for the 2nd Legislative District’s House B seat.

The district includes all of Clearwater County — where Stroschein now resides — along with Benewah and Shoshone counties, the easter half of Kootenai County and a sliver of Bonner County.

Stroschein lost to Fernwood Republican Dale Hawkins by a margin of 78% to 18% in Tuesday’s election. Libertarian candidate Jennifer Ann Luoma received 617 votes or 3%.

After the election results are officially certified later this month, all elected lawmakers will take part in a short organization session in Boise at the beginning of December.

Foreman thinks his victory on Tuesday, combined with the success conservative candidates had in the May Republican primary, could affect the outcome of Senate leadership races, which take place during the organizational session.

“This is monumental,” he said. “There’s going to be a bunch of new faces in the Senate, and they’re going to be conservatives. That changes things, and I welcome the change. The Senate has been a little stodgy, set in its ways. It’s not as reactive as the House. It’s been reluctant to embrace cutting-edge legislation, like the House.”

The traditional lead-in to the leadership races takes place in Lewiston next week, when all elected lawmakers are invited to take part in the North Idaho Tour.

Hosted by the Lewis Clark Valley Chamber of Commerce, the event runs from Monday through Wednesday. It gives lawmakers a chance to learn how various public policy decisions affect the northern part of the state — but it’s also an opportunity for leadership candidates to shake hands, twist arms and line up support before the organizational session.

“I don’t think it will be the normal, boring political meeting this year,” Foreman said. “Behind closed doors, I think there will be a lot of interesting discussions going on.”