The inviting smells of freshly baked spanakopita and sizzling gyro meat wafted through the air Monday morning as a tight-knit family prepared food for the grand opening of Pullman’s newest restaurant.

Yia Yia Nikki’s — a locally-owned-and-operated restaurant franchise specializing in Greek and Mediterranean cuisine — opened its doors at its newest location in what was once the Banner Bank building at 1300 S. Grand Ave.

Although opening a business in the middle of the pandemic takes a leap of faith, owner Monir Desouky said he is confident his restaurant will be popular among residents of the Palouse. 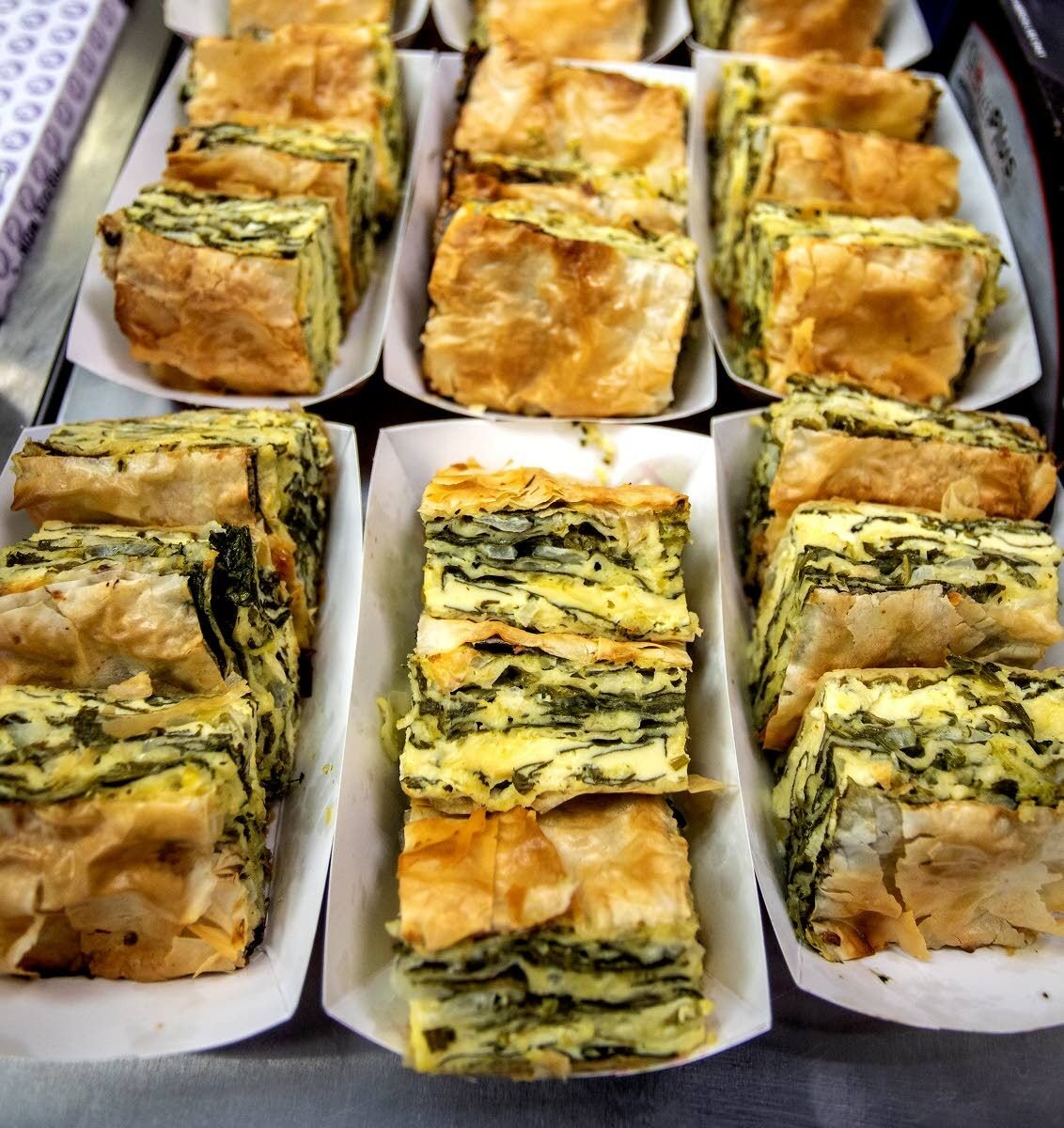 Spanakopita platters sit ready for customers at Yia Yia Nikki's on Saturday during their soft opening. 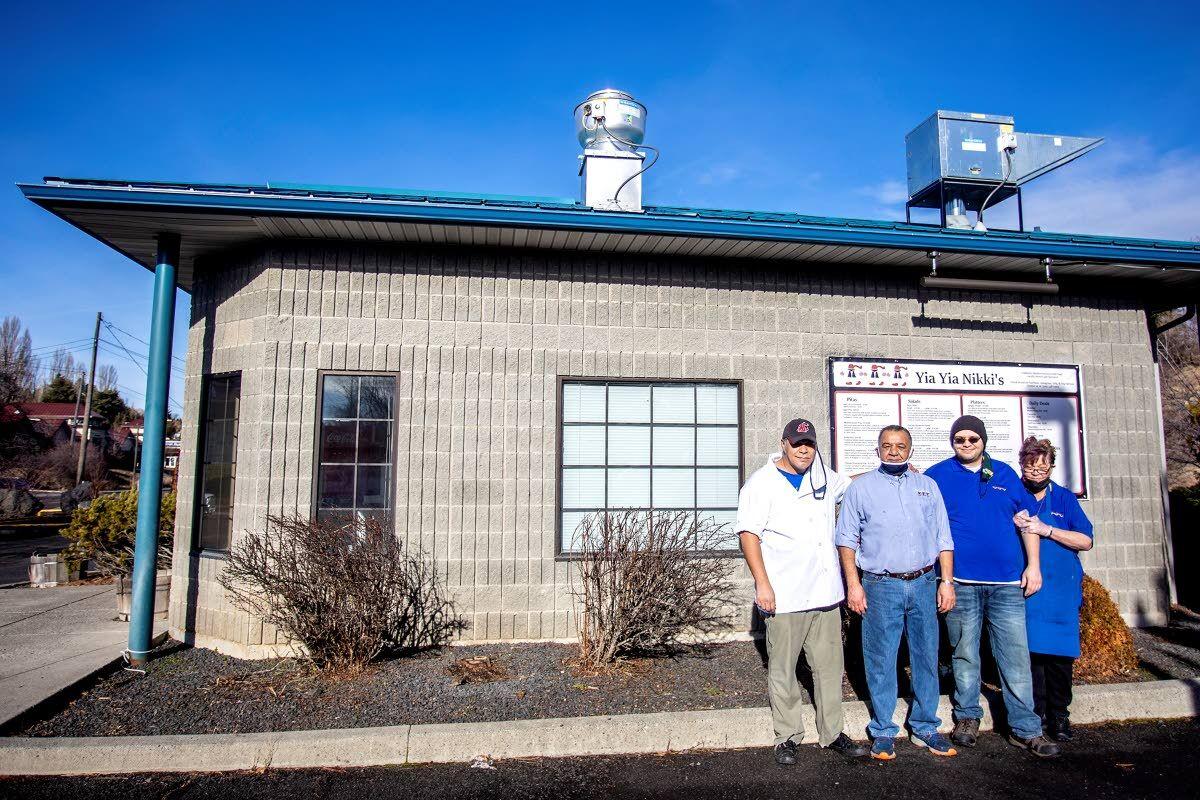 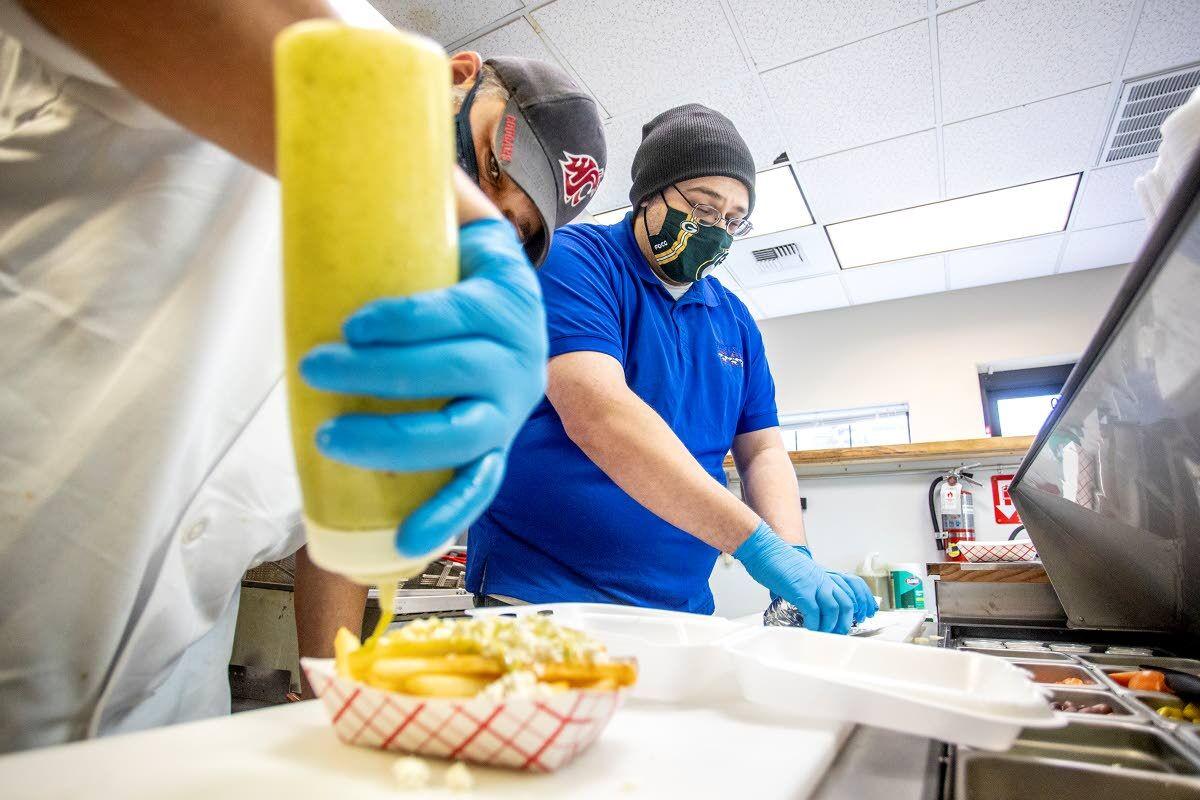 Moe Desouky prepares an order of fries as his brother, Ori Desouky, wraps up an order during Yia Yia Nikki's soft opening on Saturday. 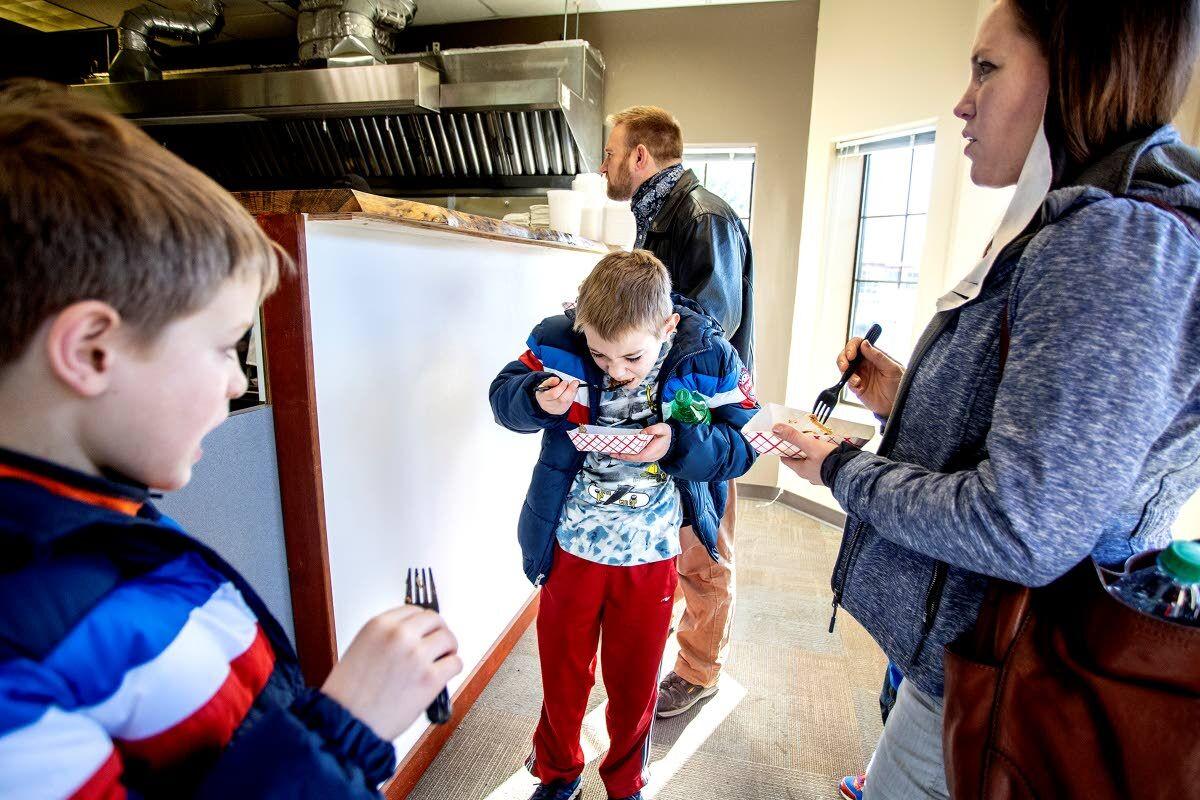 John Adams, 10, takes a bite while standing with brother Peter Adams, 8, father Ethan Adams and mother Theresa Adams while they wait for their order during Yia Yia Nikki's soft opening on Saturday. 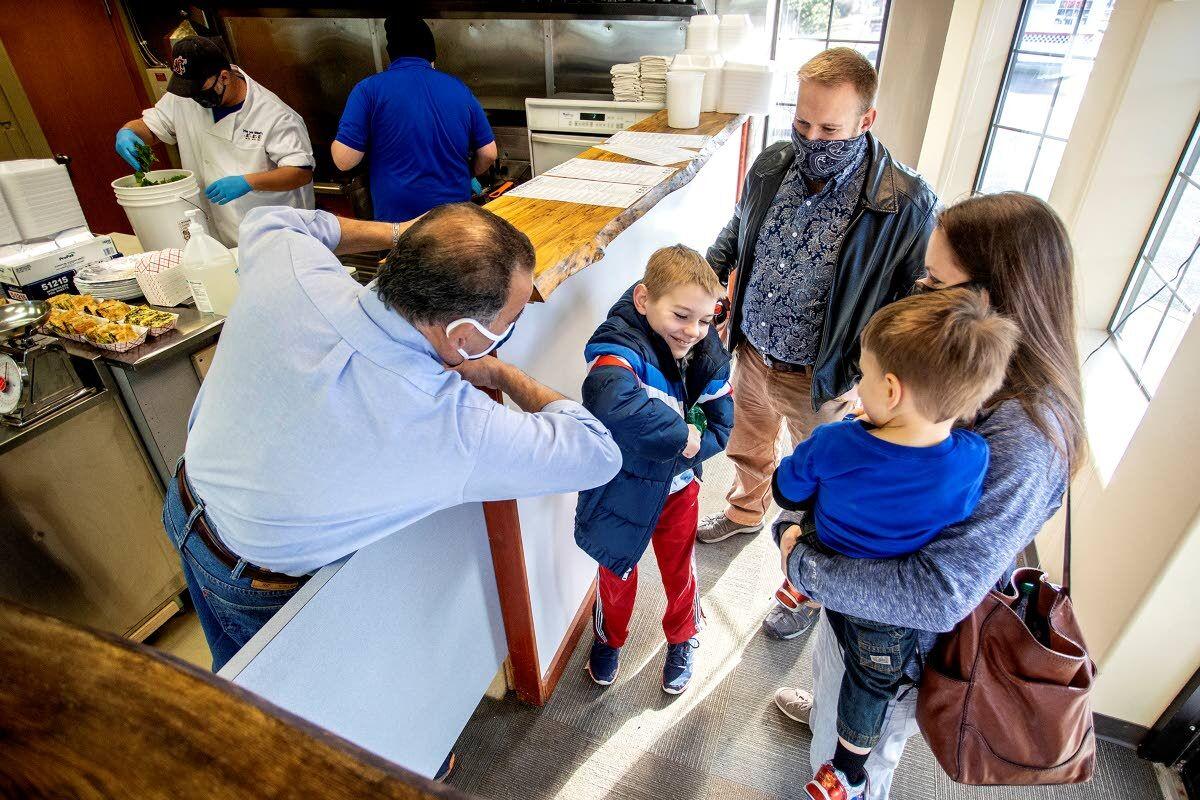 Monir Desouky gives John Adams, 10, an elbow bump as his family of Ethan Adams, from left, Theresa Adams, Elijah Adams, 2, and Peter Adams, not pictured, 8, wait for their order during Yia Yia Nikki’s soft opening on Saturday in Pullman. 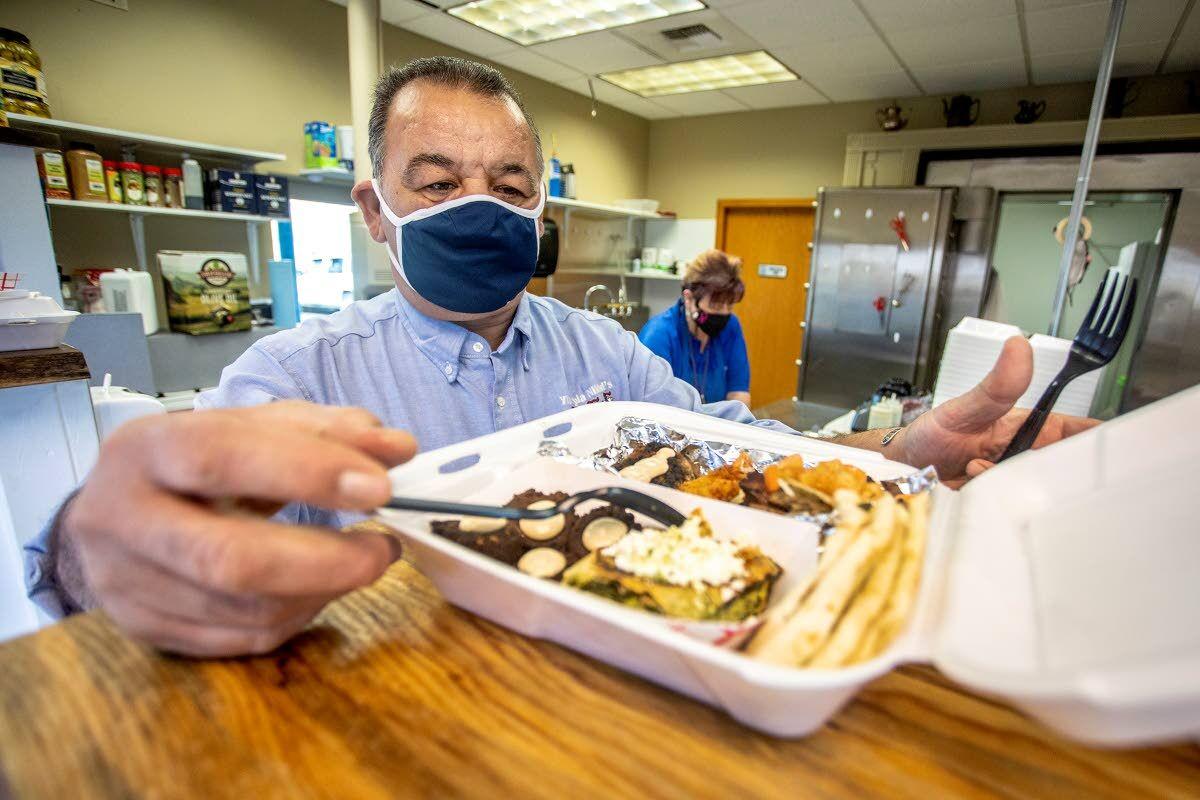 Monir Desouky places a fork in a takeout order at Yia Yia Nikki’s during their soft opening Saturday in Pullman.

“We make everything fresh from scratch with high quality ingredients, and everything is cooked to order,” Desouky said.

Part of the reason Desouky chose to purchase the bank building for his restaurant was that it came equipped with a drive-through window — a feature he said will prove especially useful during the pandemic because dine-in eating is not an option.

Desouky has worked in the food service industry in various capacities in Northwest for more than 45 years. After a successful 10 years owning the two other Yia Yia Nikki’s locations in Oregon, he said he wanted to open up a third restaurant to be closer to his two sons, Ori and Monir Jr., who live in Pullman.

Help from his sons, as well as his wife, Tina, has been instrumental in getting the new restaurant location ready for operation. Desouky said working alongside them is one of his favorite parts of his profession.

“We’ve been working together a long time, and we have fun with it,” he said.

Born in Egypt, Desouky said his cultural upbringing taught him a lot about Greek and Mediterreanean food. As a boy, he became familiar with the dishes his restaurant offers such as beef kofta meatballs.

“We throw our heart and soul into this food. ‘Yia Yia’ means ‘grandma’ in Greek, so we like to say our food is made with the love of a grandmother,” Tina said.

For updates on the restaurant’s journey, visit its Facebook page at www.facebook.com/yiayianikkispullman.