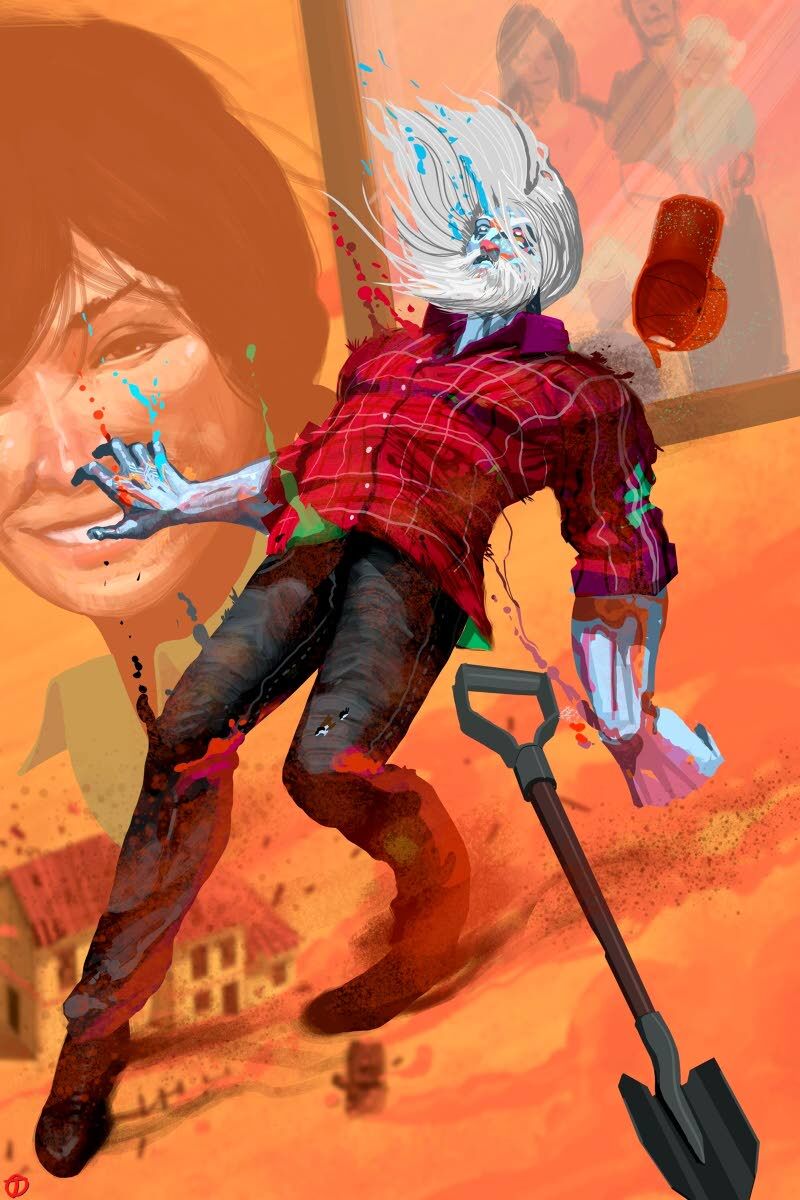 Scott Dorsch's short fiction piece in an upcoming global climate anthology will include this illustration by Portuguese artist João Queiroz, who is doing unique illiustrations for each story included in the anthology. 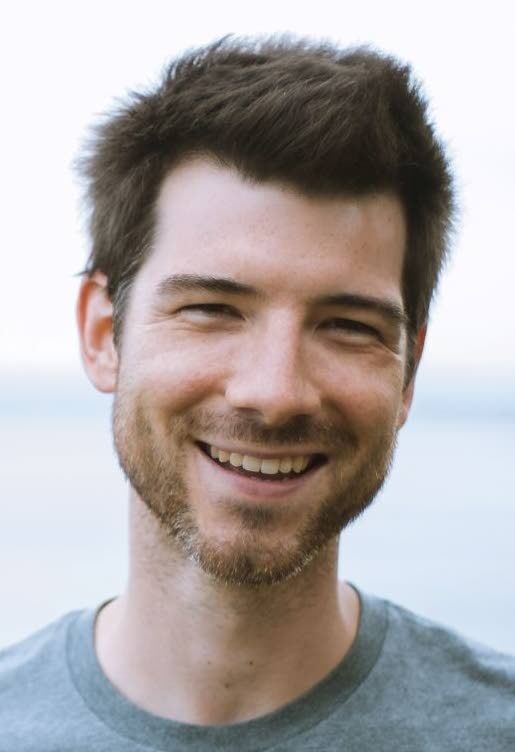 The fictional story of a man surviving in the windswept wasteland he once farmed is a unique way to grapple with the effects of climate change, but that’s exactly what Scott Dorsch does in his short story “Driftless.”

Dorsch’s story was one of 10 included in “Everything Change: Vol. III” — an anthology of climate change-oriented short stories produced by Arizona State University’s Imagination and Climate Futures initiative. Dorsch lives in Moscow and is a graduate student at the University of Idaho.

Started in 2016 and now on its third installment, “Everything Change” invites authors from around the world to submit work for consideration, but only a handful of the hundreds of submissions are included.

Joey Eschrich, editor and program manager for ASU’s Center for Science and the Imagination, said applicants are given a limit of 5,000 words and a “pretty broad prompt” generally orbiting around themes of how people, communities and societies will adapt to a changed climate. He said while this means submissions often skew toward sci-fi or speculative fiction, the contest is not limited to a specific genre.

“I think that a lot of these are closely observed stories about people in moments of crisis, and are mindful of the psychological complexity of dealing with the climate crisis,” Eschrich said. “A lot of the stories are about ethical quandaries, or dealing with grief, or people’s personal, really intimate choices ... about family and childbirth and especially dealing with the death of loved ones.”

Eschrich said Dorsch’s story in particular, while it cleaves closest to a sort of contemporary, realistic fiction, retains a bit of a fairy tale component as well. Dorsch said “Driftless” takes its name from the driftless region of the American Midwest subject to strong November gales sweeping off the Great Lakes.

The start of the story finds its protagonist, Rai Olmstead, attempting to bury his wife in the hard-packed, tarmac-like soil he once tilled. Dorsch said in his fictitious future, set in Wisconson’s Kickapoo River Valley, seasonal November gales have morphed into yearlong turbulent winds strong enough to lift a man and carry him off into the horizon.

Rai’s story unfolds in this unforgiving landscape and Dorsch said the setting provides much of the central message. Dorsch said his story wrestles with the concept of “solastalgia” coined by environmental philosopher Glenn Albrecht related to the nostalgia felt for a changed or changing landscape. Albrecht called it “the homesickness you have when you are still at home.”

“In a way, it’s a hopeful story but it’s not hope devoid of grief — it is very much a story about grieving, of lost ones, family members, and those types of aggrievement but also of the changing landscape of a home,” Dorsch said. “The main character is seeing his home literally being debased.”

In an age when all facets of human society must deal with the realities of a changing climate, Dorsch said “Everything Change” provides a critical venue to engage the subject through fiction writing.

Eschrich agreed saying climate change was once relegated to the science section of newspapers and other publications and was discussed almost solely by scientists. He said the literary world has become an increasingly valuable method for engaging the fears, anxiety and grief entangled in the climate crisis while engaging a broader audience.

“We’re entering a new paradigm where it’s becoming a front page issue; becoming something that is talked about more broadly across the spectrum and in our public discourse,” Eschrich said. “I think that’s reflected in literature and that’s to the good because different kinds of literature make different kinds of emotional appeals, they have different audiences.”

The anthology is free to read and can be found at csi.asu.edu/books/everything-change-vol-3/

Bantams surge back to topple Hounds in OT

When Kasch Auer drilled an in-rhythm 3-pointer late in overtime and followed with a dive on a loose ball on the ensuing play, it gave the Clar…