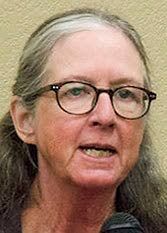 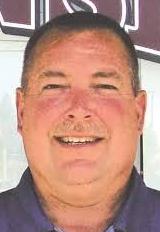 The Pullman City Council engaged in heated discussion Tuesday night before voting to give the Downtown Pullman Association financial backing to seek a grant that would fund a full-time executive director.

The Downtown Pullman Association is an organization currently with 65 members that aims to promote downtown’s businesses and economic vitality.

It is seeking Washington State University and Pullman’s help to provide matching funds for as much as $40,000 for three years from the Washington Main Street Affiliate Capacity Building Grant.

Several downtown business owners attended the meeting and spoke in favor of the association and asked for the city’s support. They cited the financial struggles their businesses have confronted since before the COVID-19 pandemic.

Macoll at one point asked if there was some way to modify the application and “not declare that 19,000 people in our community, and I did some quick math, are only worth three-fifths of a person.”

Councilor Dan Records said that is “an incredibly offensive statement.”

“To compare this to the history of our country and our Constitution and the implication of three-fifths of a person as tied to slavery, I can’t believe you just said that,” Records said.

Councilor Al Sorensen said he was concerned because the council had little time to review this grant application. Sorensen said he supports local businesses and reminded the audience that the city is working on other ways to improve downtown. He pointed to the city’s intent to carry out a downtown master plan aimed at improving the design and accessibility of downtown.

Despite these concerns, the council voted in favor of the financial backing for the association.

He released a statement about this that can be viewed on the city’s website. The new laws significantly limit the police officer’s ability to detain people, pursue them in their vehicles or to take people in custody involuntarily if they are in a mental health crisis.

For example, police are now directed to use the least amount of force that is reasonable.

“Well if somebody’s standing there with a knife, what is the least amount of force?” he said.

“This is some of the worst legislation I’ve ever seen done to make all of the citizens in the state of Washington less safe,” he said.

The council also learned the results of a 2019 study of Pullman’s streets that showed the majority of roads are in poor condition.

The Pavement Rating Condition Assessment, completed by a firm called Stantec, graded all of Pullman’s city-maintained public streets based on distress and roughness.

Approximately $918,000 is predicted to be required on an annual basis, on average, just to maintain the current level of service.The study recommends Pullman invest more in preventive maintenance.