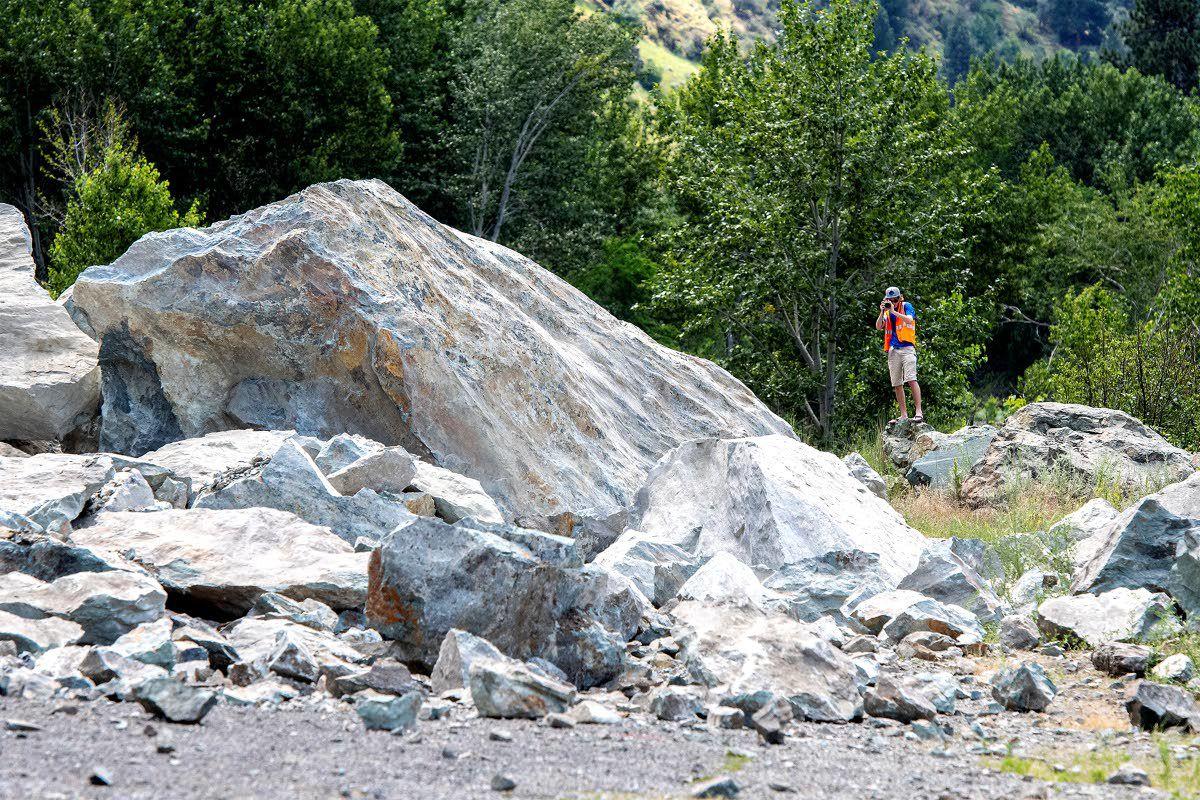 Workers said they would need to break the rocks that slid into smaller rocks before they will be able to move them.August Frank Lewiston Tribune 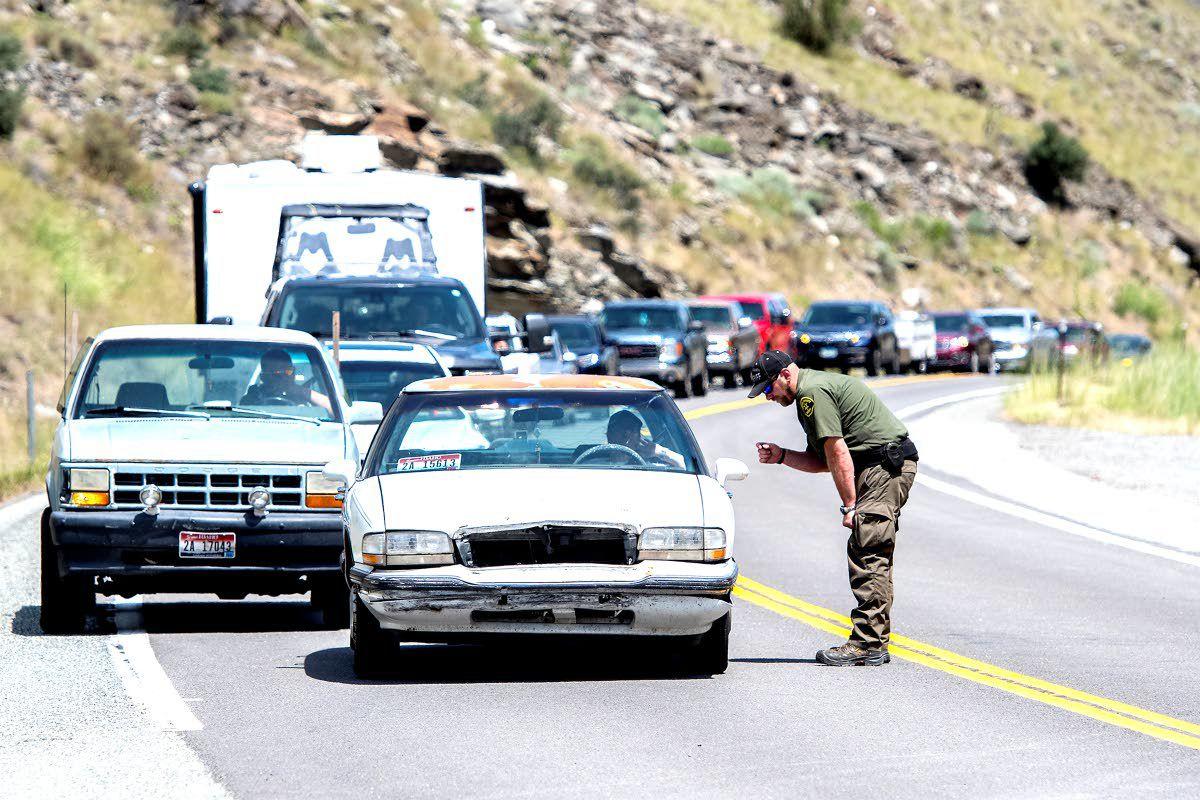 A sheriff asks people where they are going and explains that the road is closed because of a rock slide Friday.

Workers said they would need to break the rocks that slid into smaller rocks before they will be able to move them.August Frank Lewiston Tribune

A sheriff asks people where they are going and explains that the road is closed because of a rock slide Friday.

Idaho Transportation Department officials hope to have a better idea today whether a segment of U.S. Highway 95 south of Riggins might be open to traffic following a massive rock slide Friday that choked off Idaho’s sole north-south arterial.

Officials met with engineering experts late Monday night to assess the situation, said Megan Sausser, spokeswoman for the department. The experts examined the slope, located at milepost 188 near the Sheep Creek rest stop, to identify short-term and long-term options to stabilize the area and also to dislodge any loose material.

The department received numerous reports of loose rocks falling onto the roadway between milepost 187 and 212 days before the major rock slide happened. A dispatch log from the Idaho County Sheriff’s Office on Monday revealed seven calls to report rocks on the highway from June 29 to Friday.

Sausser said the department is “fairly confident” the earlier calls were routine in an area that typically has rocks falling from the canyon hillsides onto the road and was not a harbinger of the landslide Friday.

“Rockfall is very common in that stretch on (U.S. Highway) 95 and something they’re routinely cleaning up,” Sausser said. “But we don’t know what caused this landslide, per se, and we had questions about an earthquake. We don’t know yet, but we can’t rule it out and we can’t dismiss it.”

Jared Hopkins, operations engineer for the project, said the earlier rockfall was likely the result of a wetter-than-normal spring.

“It was maybe a little bit above average for the amount of rockfall,” Hopkins said. “That activity is not terribly uncommon. It’s expected to get a little rockfall along that corridor.”

Hopkins said the wet spring also likely had an effect on triggering the major rockfall Friday.

“We don’t know for sure but I’m certain that played into it,” he said.

Road crews finished constructing a temporary road around the slide and placed barriers to protect future traffic from rockfall, according to a news release from the transportation department Monday.

When survey results and on-slope evaluations show that the slide is stable, the department will consider opening the highway for short periods of time. In the meantime, the Old Pollock Road that parallels the highway on the west side of the Little Salmon River is being considered for repairs to allow a locals-only detour.

That road has been closed for more than a year following a slough of the pavement opposite the Sheep Creek rest stop. Idaho County Commission Chairman Skip Brandt said the county has been unable to make the repairs because the estimated cost is about $1.5 million.

The Pollock Road “is a county road,” Sausser said. “They are the owners and responsible for maintaining it. ITD is looking into helping the county improve it for locals only but that route would not be capable of carrying the type of traffic,” that goes along Highway 95.