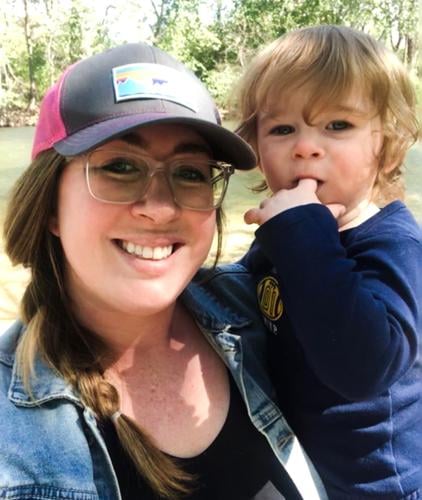 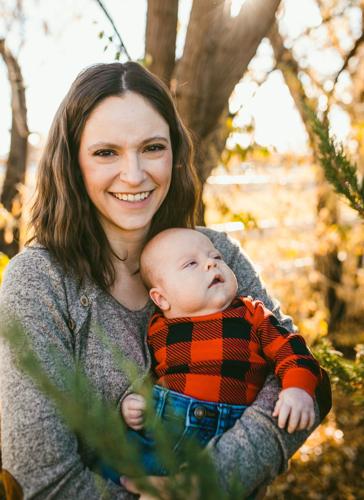 Roe’s overturn would mean many states, including Idaho, would ban most abortions after six weeks. George, a 31-year-old Boise mother of two, had two miscarriages between her first and second child, she said. The first miscarriage, an ectopic pregnancy that caused a fallopian tube to rupture, required an emergency surgery.

“I think about if this had happened in 2016. What would the doctor do?” she said. “The doctor literally came into the ultrasound room and rushed me across the street to the hospital. The surgery had to happen in the next 20 minutes, or I was gonna die because there was so much blood that had been bleeding out into my abdomen.”

Her second miscarriage was less traumatic, she said, but required a dilation and curettage or “D&C” — a type of medical procedure also used for abortion care.

If Roe is overturned, George, along with several other women interviewed for this article, said they’re afraid the law would delay access to timely, life-saving care.

She pointed to comments by Sen. Warren Hamilton, R-Oklahoma, who questioned why similar legislation to Idaho’s in his state made an exception for ectopic pregnancies. Ectopic pregnancies are life-threatening and never viable.

“No one ever told me that I had an abortion. That word was never used,” she said. “It’s been wild to see, because never in my mind did I connect those two things. … Not because I don’t want to say that I’ve had one, but just because I had talked to doctors and nurses and all of these people and no one ever had used that word.”

In Idaho, the trigger law that would ban abortion past six weeks is currently on hold following a lawsuit and a stay by the state’s Supreme Court. It does make allowances for abortion if nessary to save the life of the mother. But it also allows family members of a fetus to sue providers for $20,000 if they break the law.

George, along with other women in Idaho, are part of a growing number of people now exploring more certain means of birth control and sterilization.

Data from Google Trends showed that, in the days following the leak, searches for “birth control,” “IUDs,” “tubal ligation,” “hysterectomy,” “bilateral salpingectomy” and “vasectomy” all increased.

George is currently looking into tubal ligation, but isn’t sure if she’ll be able to get it; some doctors refuse to provide the service to women depending on their age and partner’s preference.

“I have not talked to my doctor about it yet,” she said. “From what I’ve heard from other people who are my age, like late 20s, early 30s It’s a really difficult procedure to be scheduled for.”

Andrea S., who asked to not use her full name because of how it might affect future employment options, decided to be sterilized after the state Legislature this year introduced SB 1309 — the trigger law currently on hold.

Andrea, who is in her early 30s and lives in Boise, had been using an intrauterine device — a form of birth control that can last between three and six years — since her early 20s.

She never planned to have children, but liked her IUD and wasn’t in a rush to get surgery. When Idaho’s newest abortion law was introduced, though, it pushed her to seek sterilization.

“For me, it felt especially violating to have that $20,000 bounty on it,” she said. “It made me feel like I’m a business prospect for someone.”

IUDs are generally covered by the Affordable Care Act, but the increase of laws restricting abortion nationally also led Andrea to worry that her IUD might not be affordable in the future. She doesn’t know what might be next if Roe is overturned, she said, and IUDs can cost upward of $1,000 without insurance.

Some legislators, such as Idaho Rep. Brent Crane, R-Nampa, seem to have expressed an openness to further restrictions on emergency contraception, pill abortions and IUDs.

Crane later said he does not support banning IUDs and was specifically concerned with the health risks of abortion drugs, though he did not clarify whether he would support bills to outlaw emergency contraception.

Unlike some other women, Andrea did not have trouble convincing her doctor to do her procedure. She had her consultation for a bilateral salpingectomy (removal of both fallopian tubes) in March, and the procedure in April. She was also able to afford to get it because of insurance through her work.

Andrea never saw herself as a mother, she said. She always knew if her IUD failed she would get an abortion. For her, choosing the procedure was easy, but she said she worries for others who won’t have the same option. She’s now trying to help others access the procedure.

“I sent out a tweet and I was like, ‘If this is something you are considering, I know a doctor who will do this for you.’ And I actually got, probably eight people to message me. Some of them it wasn’t for them, maybe it was for their cousin or something like that. But I was a little surprised at how many people (there were).”

Another Boise resident, Jennifer Adkins, is the mother of a 7-month-old boy.

Both Adkins, 30, and her husband want more children eventually, she said. But news about the likely overturn of Roe has given her pause. The risks of complications, and any delay in care that could happen because of the ruling, she said, are a big risk for her and her family.

When she was pregnant with her son, Adkins and her husband agreed they would terminate the pregnancy if it was not viable or high risk, she said. Now, she worries about what would happen to her family if doctors delayed an abortion for fear of a lawsuit.

“My best friend had to have an emergency (cesarean section) at 25 weeks due to severe preeclampsia. She lost a very wanted baby. She could’ve died herself,” Adkins said. “I can’t take that kind of risk if I know I can’t abort in that situation, because I’d be leaving my son and husband behind.”

Despite severe side effects the last time she used it, Adkins said she’s now considering getting another IUD.

Before deciding to get pregnant, Adkins had tracked her ovulation cycle to avoid pregnancy — she had tried “pretty much every hormonal birth control under the sun” for years trying to treat a chronic condition that caused her severe pelvic pain. It was unsuccessful, and hormonal birth control seemed to exacerbate symptoms of depression and anxiety she had.

While using an IUD, Adkins said she once bled for 50 days in a row before finally having it removed. Other birth control methods didn’t cause bleeding, but gave her the other side effects. Still, she doesn’t want to risk leaving her husband and son without her if she experienced complications in pregnancy.

“Maybe it’s time to talk about getting an IUD, again, something long-term, long-lasting,” she said. “Just in case. Because you also have to wonder if they’re getting rid of Row, then what’s next? What access will I be denied?”

Adkins had several friends who also became pregnant around the same time she did, and hers was the only pregnancy without complications.

Other women she knows have had to have abortions for babies they wanted because of medical necessity, Adkins said, and another told her they had stopped trying to conceive because they were afraid of what might happen if they needed an abortion for health reasons or the featus wasn’t viable.

“You can never rule yourself out of being high risk,” Adkins said. “I was very lucky to not be high risk when I was pregnant, but there’s a chance that I could become high risk the next time I get pregnant.”

Sun may be contacted at rsun@lmtribune.com or on Twitter at @Rachel_M_Sun. This report is made possible by the Lewis-Clark Valley Healthcare Foundation in partnership with Northwest Public Broadcasting, the Lewiston Tribune and the Moscow-Pullman Daily News.