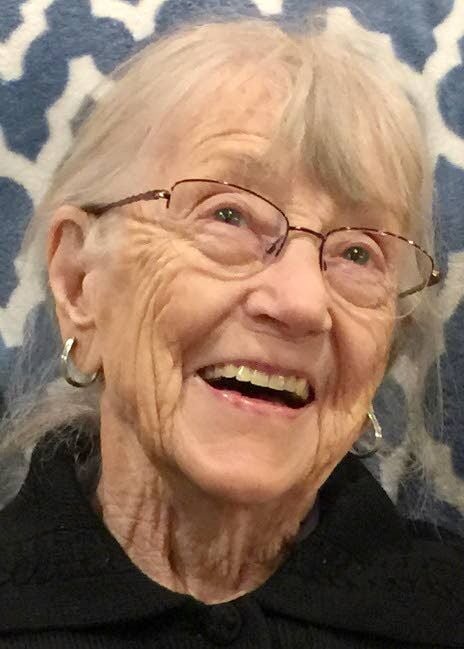 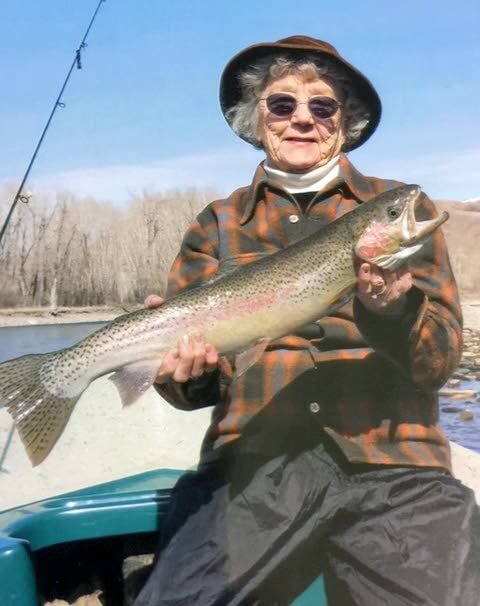 Bernice “Bea” Ehlean Anderson (Reynolds) has moved on to her next big adventure. She passed away peacefully Sunday, Sept. 26, 2021, surrounded by family at her home in Moscow.

Bea was born at home June 17, 1924, to Lula Pearl (Pooley) Reynolds and George Washington Reynolds, in Sidney, Mont. She was the 10th of 11 children, and right from the start, they knew she was special. She grew up in the badlands of eastern Montana, running with her brothers and nephews, riding her horse Paint and overcoming polio, not once, but twice.

She was a sweet, kind and optimistic person who believed there was nothing a positive attitude and some hard work couldn’t overcome. She told the best stories, had the best laugh and her eyes would just twinkle when she smiled.

During the Depression, her family moved to Dover, Idaho. Unknown to her at the time, a few years later on a Halloween night, she would steal the heart of Donald L. Anderson, by taking a dare to steal the radiator cap off his car, only to end up being caught by him. They ditched their friends that night to go for a ride and, by the following May, they were married at the Hitching Post in Coeur d’Alene and began an amazing 62 years together until Don passed away in 2003.

Don and Bea, with their daughter Judith, moved to Moscow in the 1940s, where they planted their roots and added five more children to their family tree: Sandra, Donald, Gene, Connie and Pamela.

Bea never slowed down; she was always working to help support her family. She was the regional sales supervisor for the Blue Mountain Pet Food Company for many years and traveled all over the Northwest training and overseeing sales in six states. After retiring from Blue Mountain, she traveled all over the West Coast selling furniture with a company helping close out stores that were going out of business. She enjoyed meeting people and helping them get a good deal.

Bea loved to travel and almost every weekend; she and Don would take the family on trips to visit family or go camping. They bought a cabin on Coeur d’Alene Lake in the ’60s, where they spent many summers with family and friends. She loved to fish, and shared that love with most of her children and grandchildren, often in the wee hours of the morning.

Bea was always very involved in the community and was a strong advocate for education. She and Don often opened their home to family and friend’s children needing a place to stay so they could attend school. After Don’s death, she established a scholarship fund to provide tutors for children to help them succeed in school.

After her first retirement, she and Don bought a motorhome and would winter in Arizona for many years. They would meet up with a group of friends, and spend their time fishing, playing cards and visiting Mexico to search out good deals. They also explored the West Coast, and traveled to Canada, California, Alaska, Montana, Chicago and Boston.

Bea was a very creative and talented artist, and did many beautiful paintings of places she had visited. She loved to cook and was famous for her magical potato dishes (a nod to her father’s Irish ancestry), and made the best potato salad and scalloped potatoes you’ve ever tasted.

She was a Lifetime member of the Moose Lodge and served as senior regent more than once. Many a Saturday morning you could find her there helping to prepare breakfast for the Road Runners, a group she was also a member of, or helping out with banquets or other activities of the Lodge.

Bea had many aliases throughout the years: Queen of Potato Salad and Deviled Eggs, Master of Taking Your Coins in cards and dice, Professional Back Scratcher, Keeper of the Cold Aloe for your sunburn, Ribbon Holder for all of her amazing paintings, and Royal Highness of Fishing. But the one she will most be remembered for is World’s Best Mom and Most Loving Grandma anyone could ever have.

Bea was preceded in death by her parents and siblings; her husband, Donald; son Genie; daughters Judi, Sandi and Pam; daughter-in-law Jill; and son-in-law Hartje Hartley.

A special thanks to Rebecca Norvell for helping to make Mom’s last months so full of life, and to the staff of Elite Hospice, especially Marie, Lonnie and Brenda, for helping us through these last few weeks.

A celebration of life for Bea will be held at a later date, perhaps in the spring.