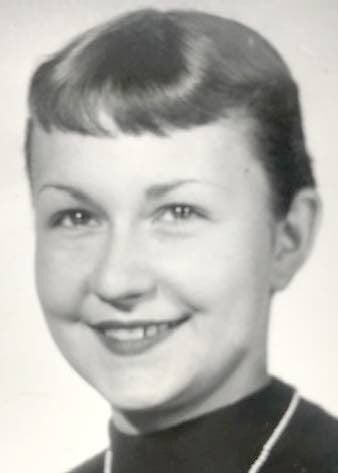 Valerie Anne Yount died early in the morning of Tuesday, Aug. 18, 2020, at her Pullman home, attended by her two daughters and the longtime caregiver Beverly Yates. She was 85 and had lived in Pullman for 60 years.

Val was born April 28, 1935, in Chicago as the only child of Herbert Piepho and Louise (Benson) Piepho. Her father was a lithographer who played jazz trombone and also sang professionally in the chorus of the Chicago Lyric Opera. This led to Valerie’s lifelong love of opera. Her mother was a milliner and homemaker who regularly did the NY Times crossword puzzle in ink. Valerie graduated from a small German Lutheran grade school and a 2,000 member high school in Chicago. She and her childhood best friend Marge Lang were then recruited to attend Culver Stockton College (a small liberal arts college in Canton, Mo.) as chemistry majors. Valerie was noted for memorizing the entire Periodic Table as a teenager, which she could still recite well into her 70s.

After graduating with a bachelor of arts in chemistry in 1956, she met her future husband, Ralph Yount, at Iowa State University as a fellow graduate student in chemistry. They were married in 1957 in Chicago and in 1958 moved to Brookhaven National Laboratory in Long Island, N.Y., where Valerie worked as a research assistant in the biology department while her husband worked as a postdoctoral fellow. In 1960, Val and Ralph moved from New York to Pullman with their five month old son, Jonathan, where Ralph took a position in the Chemistry and Agricultural Chemistry Departments at Washington State University. In 1963, their daughter Andrea was born, and they moved into their new house in Evergreen Community that they helped to design and build. By 1965, Alison was born, completing their family.

Valerie was a full-time mother and active in sports, pitching softball with the Burgerville Bulldogs and bowling weekly with the Washington State University Faculty Wives League. She was a certified water safety instructor, having worked as a camp counselor every summer during college. Summers with her husband and children meant time for camping all over the western U.S. and Canada in a pop-up trailer. When her children were older, Val’s favorite things to do were creating and repairing things in her woodshop (she was an inveterate thrift shopper) where the radio was always tuned to classical music, either KRFA FM or KPBX. In 1997, Valerie got her lifetime wish to live by the water again when her best friend, Laura McMichael, convinced the family to purchase a float house next to hers on Lake Pend Oreille, where once again Val could swim and canoe. She was a founding member of the Palouse Mycological Society and loved to go on mushroom forays, her favorite spots around the Moscow area and Priest Lake in Idaho. She was a lifetime cat lover, mystery reader and a gourmet cook.

In 2005, Valerie suffered a heart attack, which put her in a wheelchair for the rest of her life. The float house was rebuilt to allow Val continued summers at the lake. In 2008, her son Jonathan died of a massive heart attack (age 48), having inherited the Benson family’s tendency to heart disease.

She is survived by her husband, Ralph, in Pullman; and her daughters Andrea (husband, Eric Bitte) and Alison (husband, Edward Rubio) both living in Seattle. Val’s family is indebted to her longtime friend and caregiver Beverly Yates, and to the fine hospice workers from Kindred Home Health (especially Jolene Gropp) who eased her last months of life.

Kimball Funeral Home of Pullman was entrusted with arrangements. No services are planned at her request. Online condolences may be sent to www.kimballfh.com.

“There are two means of refuge from the miseries of life: music and cats.” Albert Schweitzer