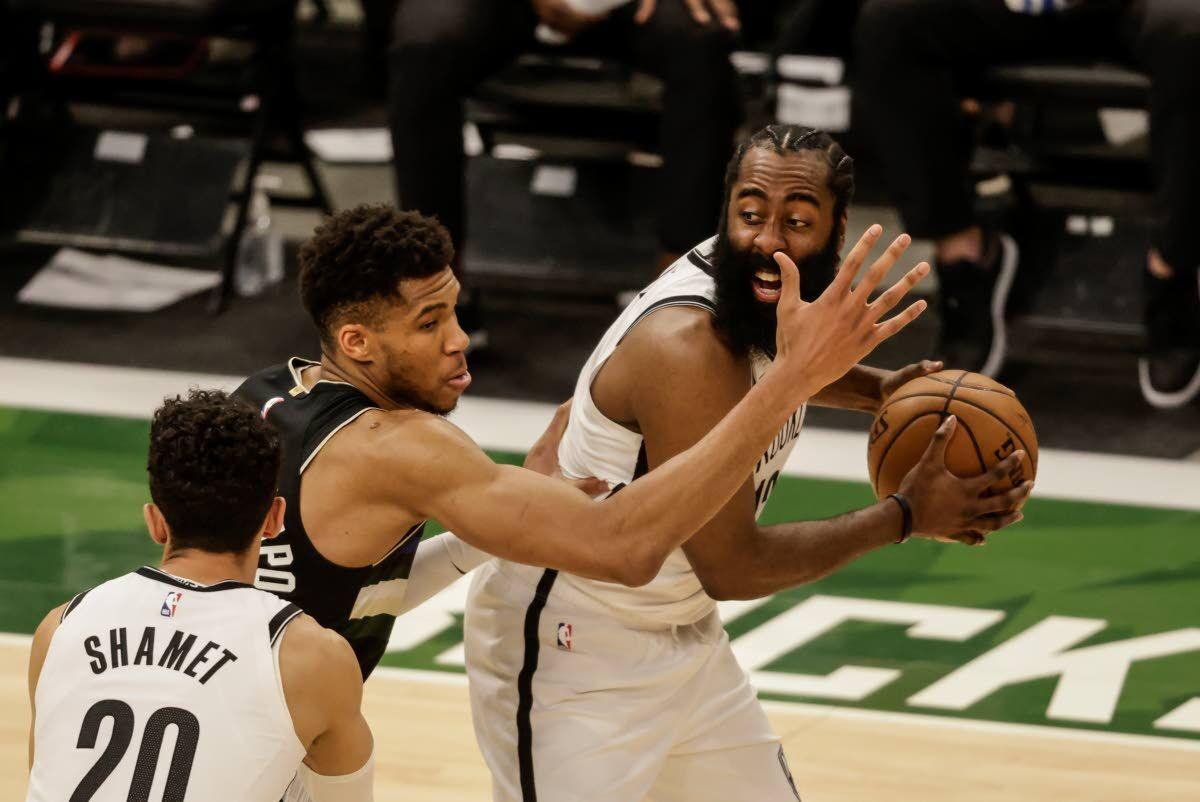 Associated PressThe Nets’ James Harden, right, is guarded by Bucks forward Giannis Antetokounmpo, center, during the first half of Game 6 of a second-round NBA basketball playoff series Thursday in Milwaukee. 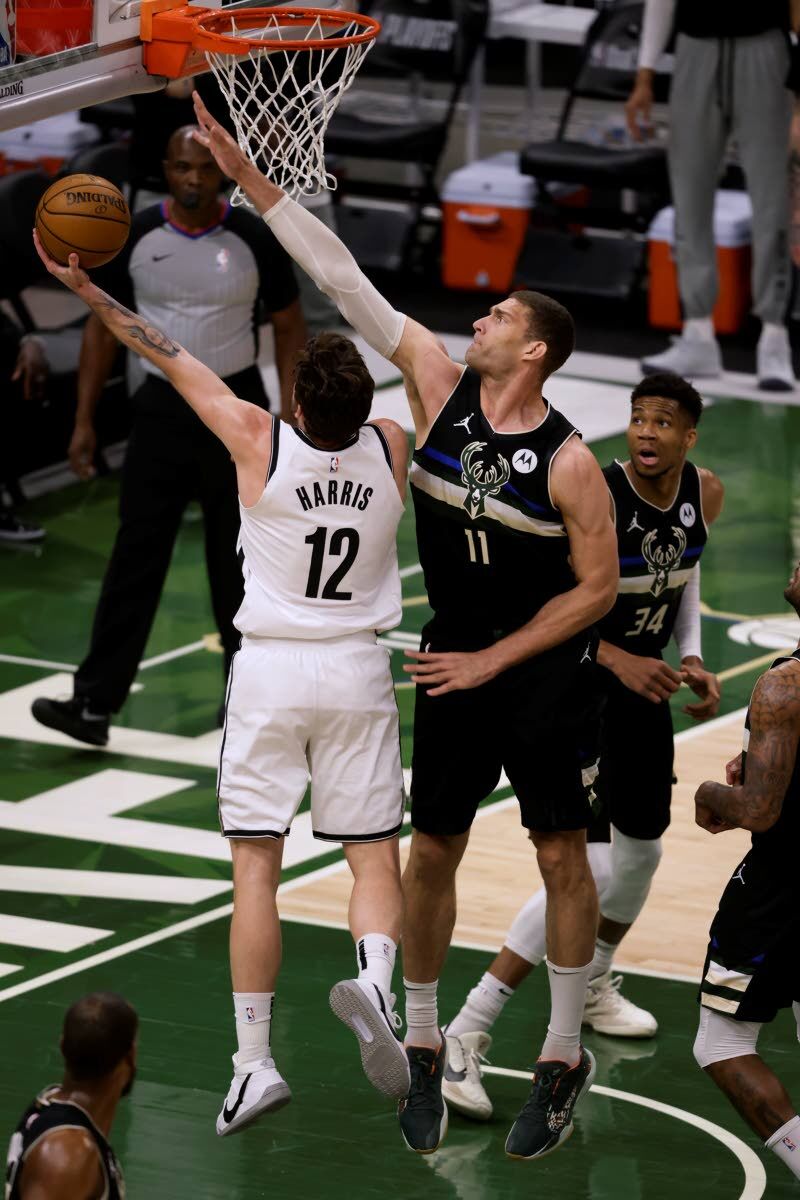 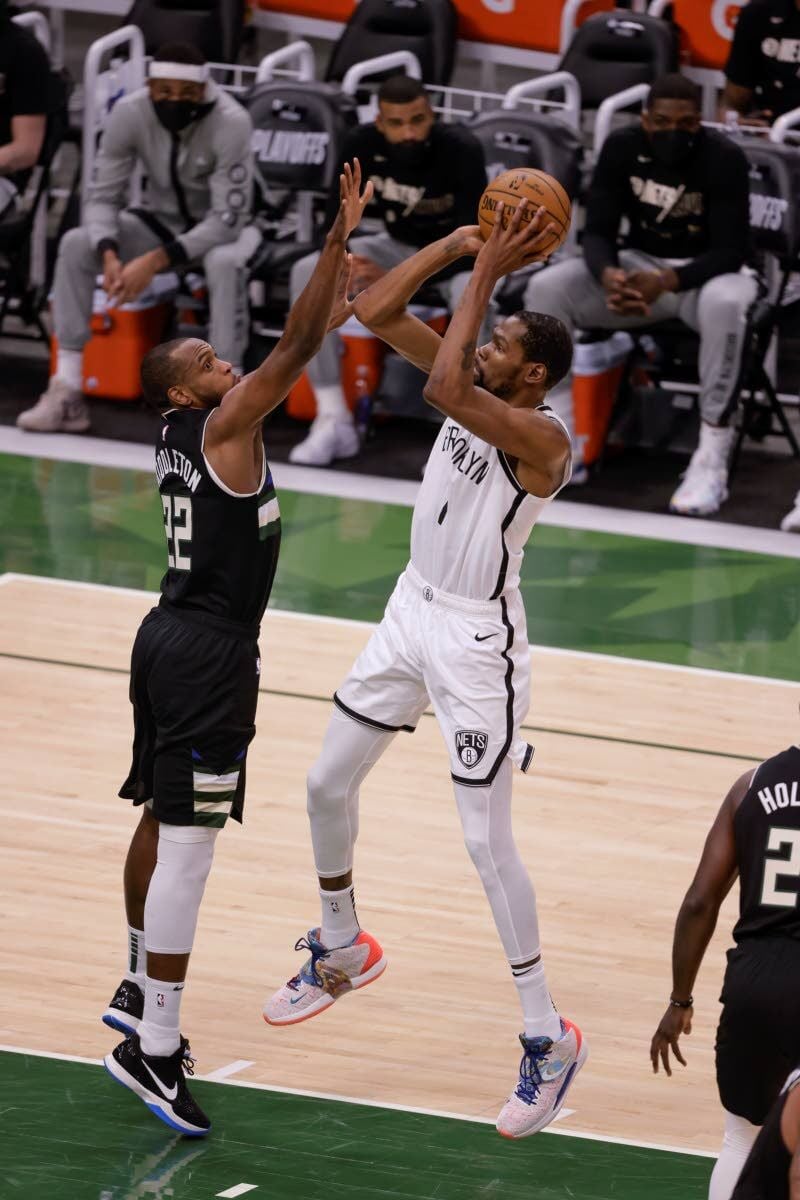 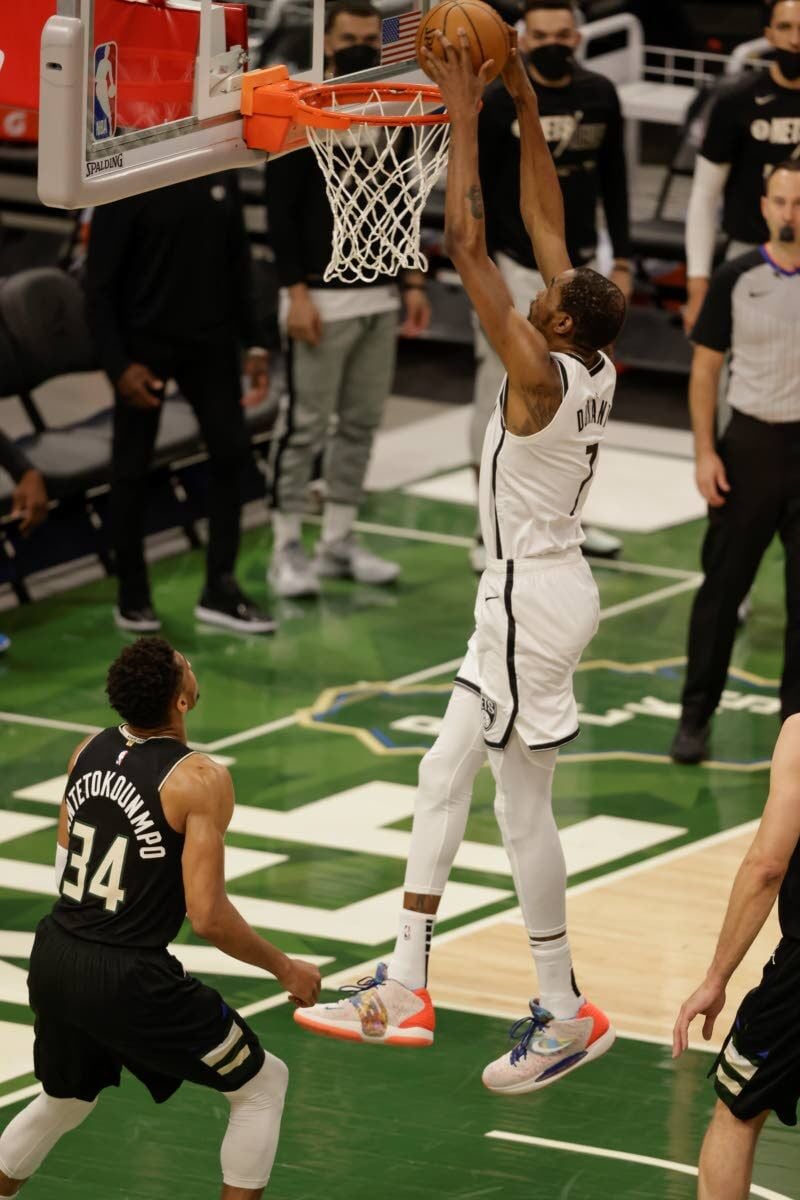 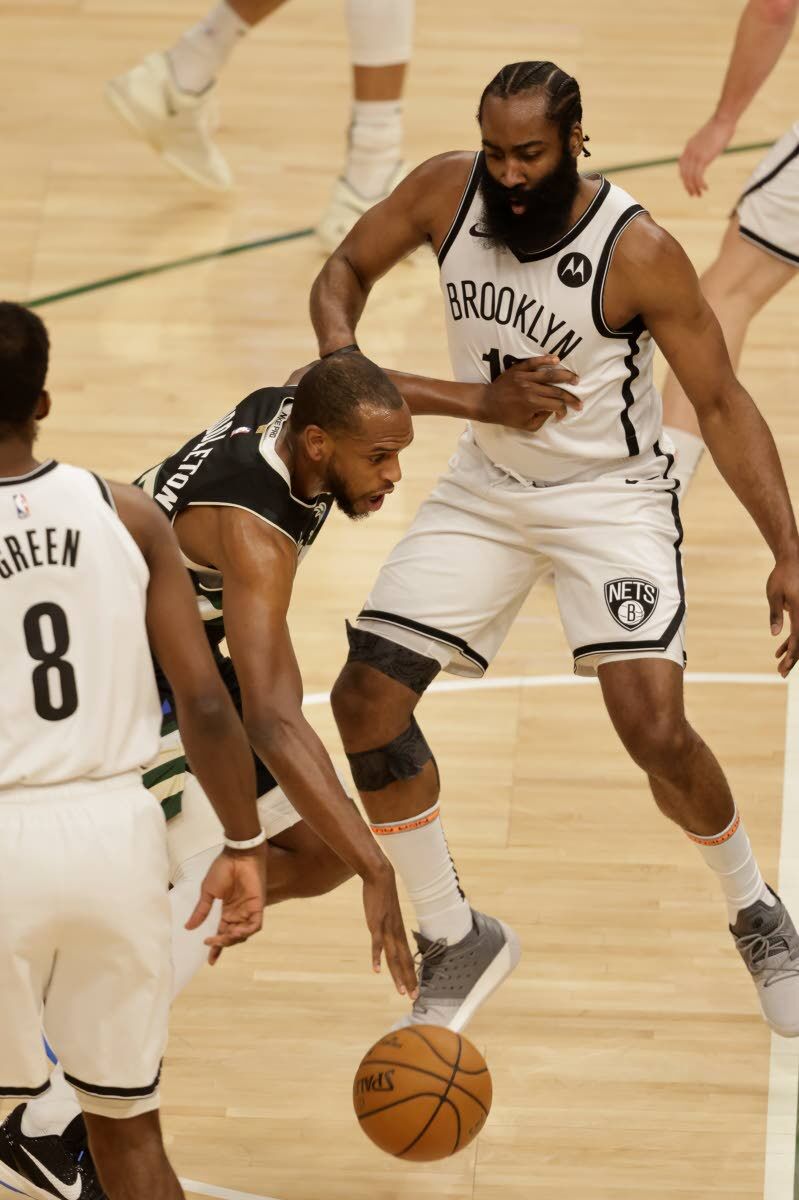 Associated PressThe Nets’ James Harden, right, is guarded by Bucks forward Giannis Antetokounmpo, center, during the first half of Game 6 of a second-round NBA basketball playoff series Thursday in Milwaukee.

MILWAUKEE — Khris Middleton scored 38 points, Giannis Antetokounmpo added 30 and the Milwaukee Bucks never trailed in a 104-89 victory over the Brooklyn Nets on Thursday night to force a decisive seventh game in their second-round playoff series.

Game 7 will be Saturday night in Brooklyn. The home team has won each of the first six games in this series.

“Both teams, it’s win or go home,” Middleton said. “That’s what Game 7’s all about. That’s what players love about it. I’m sure the fans love it, too.”

Milwaukee never trailed and broke the game open by going on a 14-0 run that started with less than 8½ minutes left.

Middleton answered every Brooklyn comeback attempt and had 10 rebounds, five assists and five steals to go along with the highest scoring total of his playoff career.

“He did a little bit of everything,” Bucks coach Mike Budenholzer said.

The Bucks shot just 7 of 33 from 3-point range but made up for it by outscoring the Nets 26-4 in fast-break points.

“We definitely were out of sync,” Nets coach Steve Nash said. “We didn’t play the way we wanted to play offensively. We just didn’t have our best stuff tonight. We have a Game 7 on our home floor.”

Milwaukee bounced back two nights after blowing a 17-point lead in a 114-108 Game 5 loss at Brooklyn that featured an epic 49-point, 17-rebound, 10-assist performance from Kevin Durant.

Durant had 32 points and 11 rebounds Thursday. James Harden added 16 points but still looked as though he was at far less than full strength in his second game since returning from a hamstring injury.

Harden left Game 1 in the opening minute with right hamstring tightness and returned in Game 5 but shot 1 of 10 and scored just five points.

The Bucks owned a 14-point lead early in the second half before Durant again sparked a third-quarter comeback, scoring 10 straight Nets points during one stretch.

Brooklyn cut Milwaukee’s lead to 72-67 with 1:27 left in the third when Harden made two free throws after getting fouled on a 3-point shot. Middleton restored Milwaukee’s double-digit advantage by scoring the last six points of the third quarter, including a putback at the buzzer.

Milwaukee extended the lead to 15 early in the fourth quarter, but Brooklyn stormed back again with 10 straight points, as Joe Harris’ 3-pointer made it 82-77 with 8:41 left. Middleton again responded, drawing a foul on Harris while shooting a 3-pointer and making all three free throws.

Those free throws started a 14-0 run that included seven points from Antetokounmpo. The two-time MVP capped the spurt by converting an offensive rebound into a dunk with 6:24 left.

Nets: The Nets used their 41st different starting lineup (Durant, Harden, Harris Blake Griffin and Jeff Green) of the season. They’ve used four different starting lineups in 11 playoff games. … Durant is one of only two players to score at least 30 points against the Bucks at least seven times in a season (regular season and playoffs combined). Michael Jordan had seven games of at least 30 points against Milwaukee in 1989-90.

Bucks: Middleton was 5 of 8 from 3-point range. His teammates were a combined 2 of 25. ... The Bucks are 5-0 against the Nets at home this season and own a 5-0 overall home playoff record. They’re 12-2 all-time in playoff games at Fiserv Forum. … Antetokounmpo has 10 straight playoff double-doubles and four consecutive playoff games with at least 30 points and 10 rebounds.